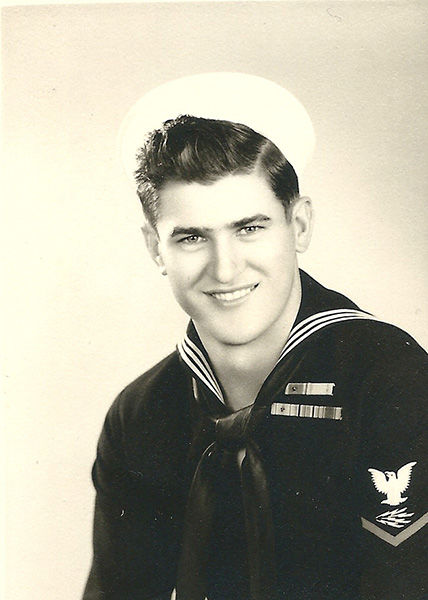 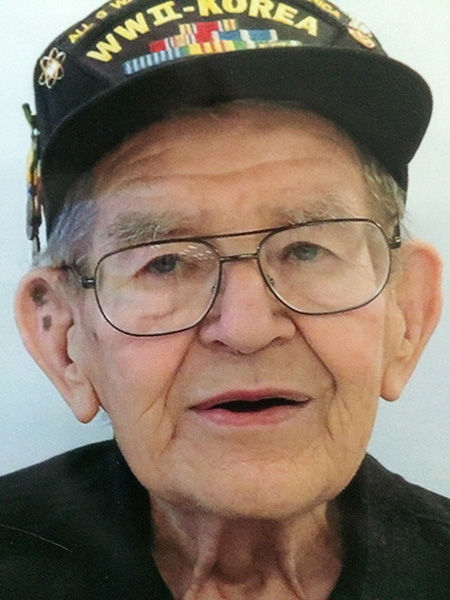 Harold Herbert Brost was born on July 9, 1927, on a farm in North Dakota, the fourth child of Otto and Pauline (Eckhardt) Brost. The Brost family moved to Butte County, when Harold was 4 years old, and he claimed Butte County as his home of record since that time. Harold attended one-room rural schools in Butte County, grades one through eight. After graduation from the eighth grade when he was 12 years old, Harold worked with his father on a sugar beet farm on the Arpan Flats north of Nisland.

Harold enlisted in the U.S. Navy in Jan., 1943, and served for 34 years, retiring in 1977. He served in World War II, Korea, Vietnam, and (in his words) “all of the small scrapes in between.” During his long Naval career, Harold served on nine Naval ships (including the USS Enterprise), a Naval Aircraft Squadron, and five Naval Shore Billets. He received numerous commendations and medals, including three purple hearts, and was named Master Chief Petty Officer of the Navy in 1964.

Although he never attended high school, Harold embarked on a second career as a high school teacher after his retirement from the Navy. He enrolled in Black Hills State College as a non-traditional student and earned a bachelors degree in education in three years, graduating Summa Cum Laude. He then accepted a position at Sturgis Brown High School, where he taught for seventeen years. During his tenure at Sturgis, Harold again enrolled in Black Hills State College as a non-traditional student, attending night school and summer school, and earned a masters degree in secondary education in two years. After his seventeen years at Sturgis, Harold accepted a position teaching High School at the Texas State Prison for Men in Huntsville, Texas, where he taught for seven years until his final retirement.

After his retirement, Harold moved back to Belle Fourche. During his retirement years, Harold was awarded an Honorary Diploma from the Belle Fourche High School. Harold was very active in many veterans’ organizations, including the American Legion and VFW, serving in many offices over the years. His last, and most cherished, office was as the National Chaplain and Member of the Board of Directors to the All Three Wars Veterans of America, of which he was a founding member. Harold was honored to be named Veteran of the Year in 2008 by the Student Council of the Belle Fourche High School.

Harold is survived by his son, Douglas (Judi) Brost of Belle Fourche; daughters, Carolyn (Bruce) Norquist of Aurora Colo., Shirley Brost of Spearfish; several grandchildren and great-grandchildren. He is also survived by his sister, Yvonne (Bernie) Spencer of Prineville, Ore. and numerous nieces and nephews.

Harold’s final request is that he be remembered as a Patriot who served his country to the best of his ability when called upon, not as a hero.