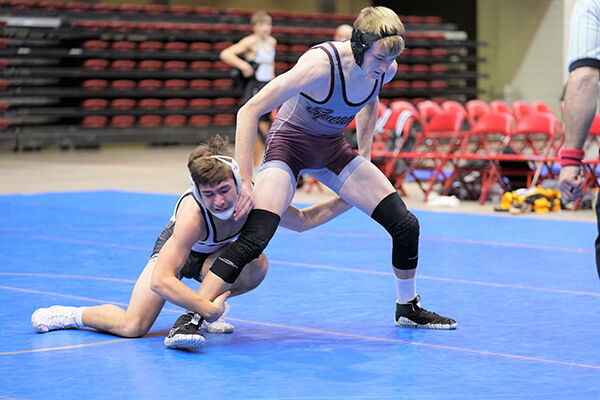 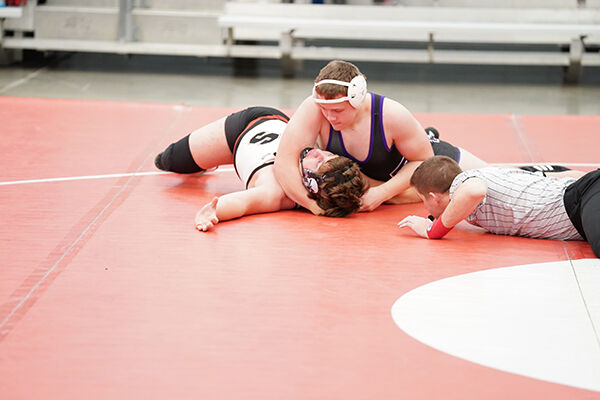 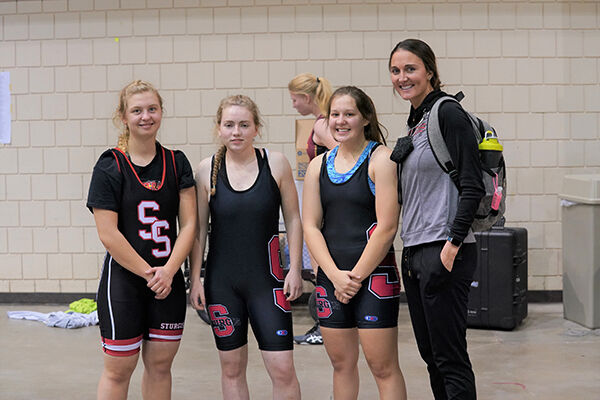 RAPID CITY — This year’s Rapid City Wrestling Invitational had a little different look due to the COVID-19 pandemic, but most wrestlers and coaches were happy just to be wrestling.

Friday featured three separate individual tournaments in three separate rooms in the civic center and were eight-man brackets.  The Saturday portion of the tournament had each team wrestling four duals, back to back.

See the story at the bottom of this page for individual results from Spearfish, Lead-Deadwood, Belle Fourche, and Sturgis wrestlers.

“I thought we wrestled really well yesterday (Friday), and we saw a lot of top-ranked guys that we did well against,” Bokker said. “Clay Donovan went up against the number 1 guy in the state and beat him in overtime, and that was excellent. Max Sailor and Oakley Blakeman saw the top guy from Beresford, and they all wrestled very well.” Bokker said.

Many younger wrestlers got a lot of matches in.

“We are definitely thankful for the opportunity to even wrestle and are looking forward to the entire season,” he said.

Sturgis head coach Mike Abell said the team has done really well for the varsity athletes having only eight practices so far. He added the team needs to improve its physical conditioning.

“We are super young up top with a lot of freshmen. Aiden Werlinger has been impressive, Zak Juelfs has bright spots, and I am really impressed with our young kids, and our older kids are doing what is expected of them. They are wrestling hard, physical and doing things right,” Abell added.

Lead-Deadwood head coach Philip Thomas said the Golddiggers performed well on Friday for the most part.

“For the most part, they wrestled way better than we did last week in Custer, so I am really proud of them as we needed a better showing,” Thomas added.

Lead-Deadwood (1-3) did not have a full roster, and that definitely hurt in team points. The Golddiggers defeated Douglas 37-18 and fell to 84-0 Mitchell, 84-0 to Pierre, and Spearfish.