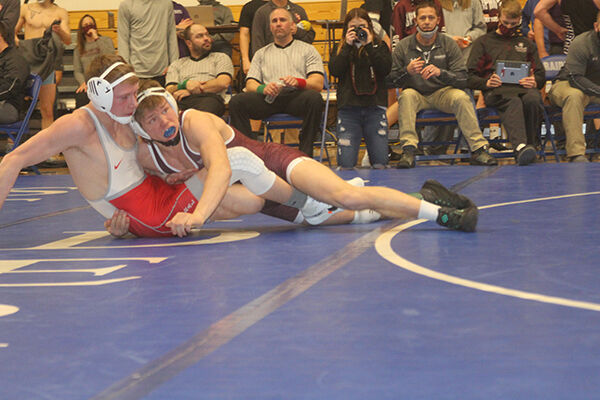 Spearfish’s Oakley Blakeman looks to the referee to learn if he has scored a two-point takedown against Rapid City Central opponent Zack Soderlin in a 145-pound division match. Blakeman went on to win the Region 4A championship. Pioneer photos by Jason Gross 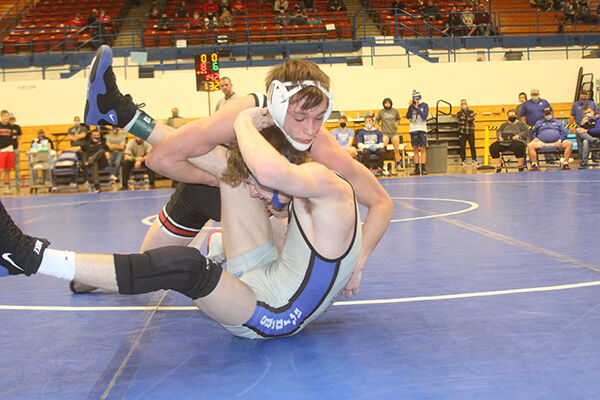 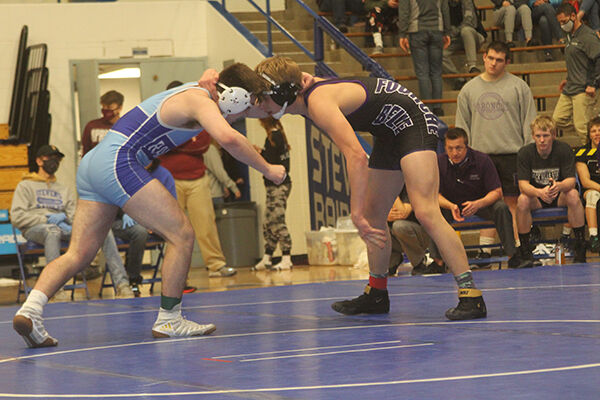 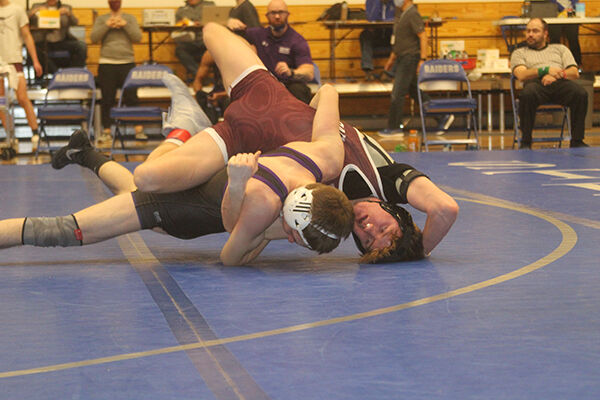 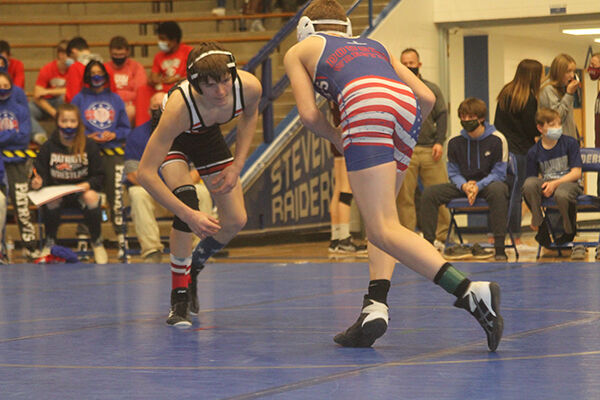 Spearfish’s Oakley Blakeman looks to the referee to learn if he has scored a two-point takedown against Rapid City Central opponent Zack Soderlin in a 145-pound division match. Blakeman went on to win the Region 4A championship. Pioneer photos by Jason Gross

A total of 26 athletes qualified for this weekend’s state Class A tournament in Rapid City. They did so by placing fourth or higher in their respective weight classes on Saturday.

“I thought we wrestled really well,” Spearfish head coach John Bokker said. “I was hoping for seven (qualifiers), but we got six through. That was definitely a good number for us considering we’re pretty young this year.”

Bokker said Blakeman was very calm and relaxed all day. “He really went after people and finished with pins on all his matches,” Bokker said in describing the Spartan junior.

Bokker said confidence would propel the younger Spearfish wrestlers at the state tournament.

Two-time defending state champion Max Sailor did not suit up for Spearfish. Bokker said a skiing accident early in the season caused Sailor to miss the rest of the year. He added the senior is still bothered by a shoulder injury.

Belle Fourche head coach Bill Abell said it was great for the Broncs to qualify seven boys for state. “It’s the most we’ve taken since I’ve been there,” the eighth-year coach added.

“Overall, I was happy with the team’s performance,” Abell said. “Almost everybody on the team walked away feeling good about themselves. That’s a very good thing.”

Belle Fourche will adopt a familiar concept of “the ones” as it prepares for state.

Logan DeSersa finished first at 126 pounds for the Scoopers. He defeated Rapid City Stevens’ Caleb Richter 4-2 in sudden victory in the title match.

The Scoopers also received a title from Wren Jacobs at 160 pounds. Jacobs defeated Douglas’ Payton DeWitt 4-0 in the title match.

“We’ll take 13 and see what we can do,” Sturgis Brown head coach Mike Abell said.

“The momentum is going to be a big thing,” Abell said of the team’s state preparations. “I think the kids are going to be relaxed.”

Rapid City Stevens collected 271 points to earn the team title. Sturgis Brown was second at 240 points, with Belle Fourche and Spearfish tying for fourth at 117 points.

Rapid City will host the state A wrestling tournament Thursday, Feb. 25 through Saturday, Feb. 27. The event will include dual and girls’ tournaments as well.