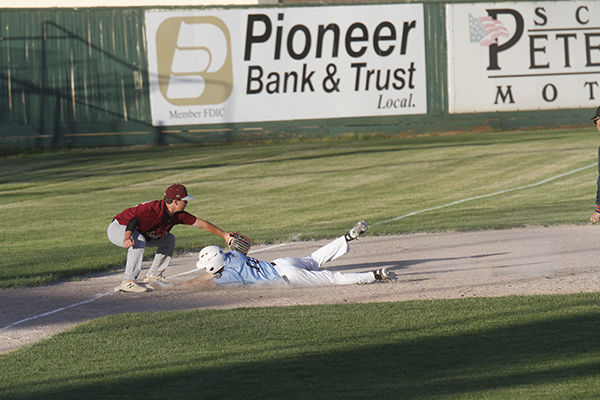 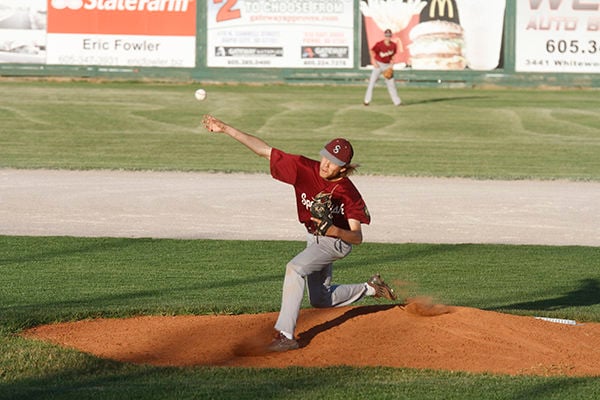 STURGIS — Sturgis defeated Spearfish 14-1 Thursday night in the opening game of the Sturgis Legion Rally baseball tournament at Strong Field. Play ended after 3 1/2 innings because of the 12-run tournament rule.

“I challenged these guys at the beginning of the game, to just go have fun,” Sturgis head coach Dominic Bradford said. He added players have been trying too hard at the plate, and a lot of frustration has resulted.

Sturgis (13-4) loaded the bases with one out in the first frame. Zach Hess dashed home on John Fischer’s sacrifice fly to give Post 33 a 1-0 edge.

Two singles and a walk loaded the bases in the top of the second for Spearfish. Brady Hartwig scored on a wild pitch as Post 164 forged a 1-1 tie.

Sturgis sent 18 batters to the plate in the second frame and erupted for 12 runs. They combined for 10 hits, three walks, and one hit batter while taking advantage of one Spearfish error.

Three of the Sturgis hits in the second scored two runs apiece.

“We came out with good energy and responded when they scored,” Spearfish head coach Isaac Taylor said. He added a couple of errors snowballed into the big inning, but the players responded well after that.

The rest of the tourney slate: