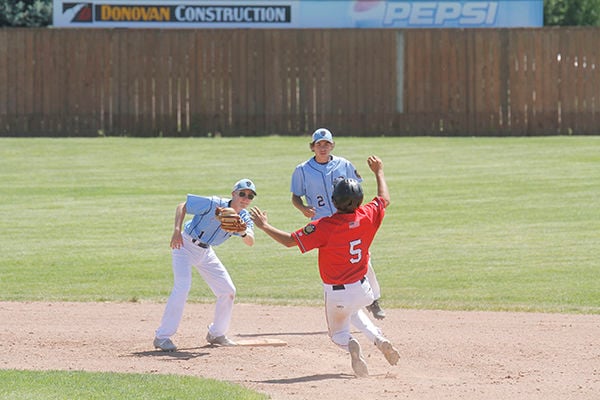 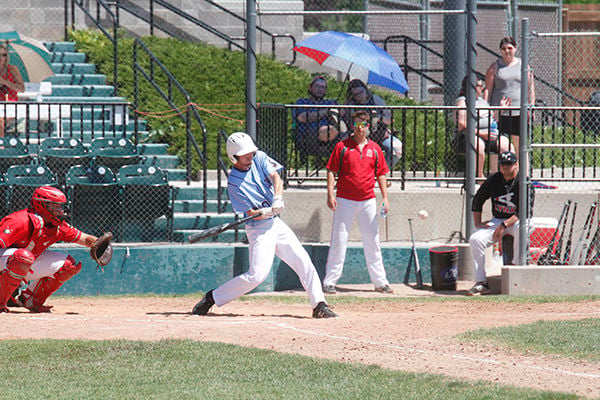 “We played tough but made too many errors in the field to pull it out,” Sturgis head coach Dominic Bradford said.

Brandon Valley jumped out to a 3-0 lead in the first inning. Mike Chevalier’s RBI double highlighted the three-hit frame.

The Brandon Valley margin reached 4-0 in the second frame. Tyler Schelske slid home on the back end of a double steal.

Sturgis got on the scoreboard in the second. Zach Hess laced a two-out double and dashed home when Gage Murphey doubled, making the score 4-1.

The Titans cut the margin to 4-2 in the third inning. Dustin Alan led off with a double and came home on David Anderson’s sacrifice fly.

Brandon Valley scored once in the fourth frame and three times in the fifth for an 8-2 lead. Matt Brown and Lake Terveer delivered RBI singles to highlight the fifth.

RJ Andrzejeski (walk) and Alan (single) led off Sturgis’ half of the fifth. Ridge Inhofer’s double scored two runs and brought the Titans within 8-4.

Dylan Gillespie singled to score Inhofer and made the score 8-5 in the fifth.

Colton Cruickshank walked to load the bases with one out in the fifth. Hess bunted to score Gillespie and make the score 8-6.

Andrzejeski drew a bases-loaded walk to score John Fischer and bring Sturgis within 8-7 in the fifth.

Brandon Valley responded with a four-run sixth inning. Terveer’s two-run double highlighted the five-hit outburst and made the score 12-7.

Inhofer’s double led off the Sturgis half of the sixth. Anderson clubbed a two-run home run over the right-field fence to make the score 12-9, but the Titans got no closer.

“We always start slowly,” Bradford said. He added the Titans made the proper mental adjustments when they trailed 8-2.

Sturgis’ schedule indicates the team’s next game is Wednesday in Chamberlain against Aberdeen.