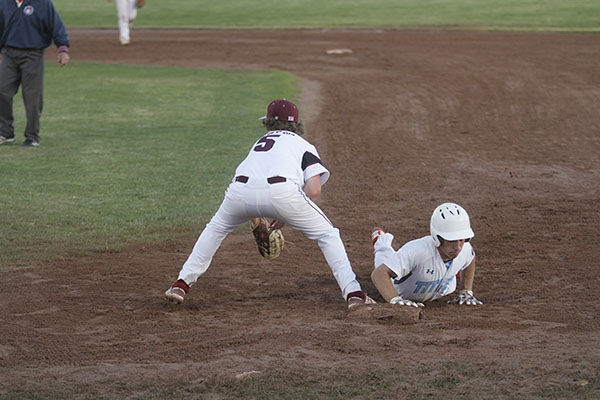 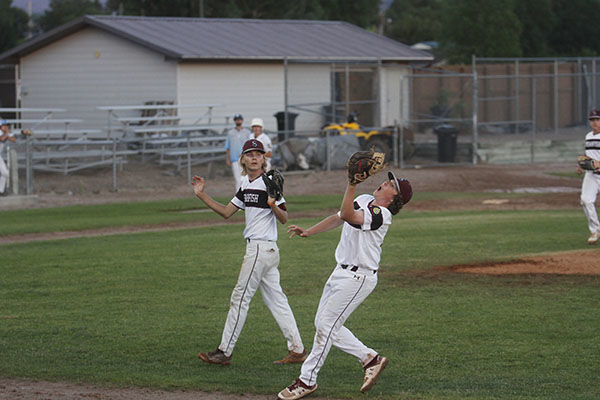 Ty Sieber of Spearfish settles under a pop fly in the second inning. Pioneer photo by Jason Gross

Ty Sieber of Spearfish settles under a pop fly in the second inning. Pioneer photo by Jason Gross

“We were being selective at the plate, and then we were executing the plays when we had plays on,” Sturgis head coach Dominic Bradford said. The Titans used three bunt singles as part of a 16-run fourth inning.

Dustin Alan singled to score Owen Cass and RJ Andrzejeski in the second inning as the Titans went ahead 2-0. The margin reached 3-0 as Alan scored on a wild pitch.

Spearfish had a baserunner in the second frame as Connor Comer reached on a two-out single. However, he was stranded.

Cass (infield single), Andrzejeski (error), and Alan (bunt single) loaded the bases for Sturgis with no outs in the fourth frame. Ridge Inhofer bunted to score Cass and give the Titans a 4-0 advantage.

David Anderson laced a double that plated Andrzejeski and Alan, making the score 6-0. Dylan Gillespie followed with a bunt single to score Inhofer and boost the margin to 7-0.

The Titans’ advantage grew to 16-0 before they loaded the bases with two outs. Zach Hess’ RBI single boosted the margin to 17-0.

Cass reached base on an error, with two runs scoring. The score was 19-0 by the time the inning ended.

Bradford was asked about the three bunt singles and said, “That pitcher (Alec Sundsted) was really kind of keeping us off balance. We needed to change something up.”

Ty Sieber was hit by a pitch to start the