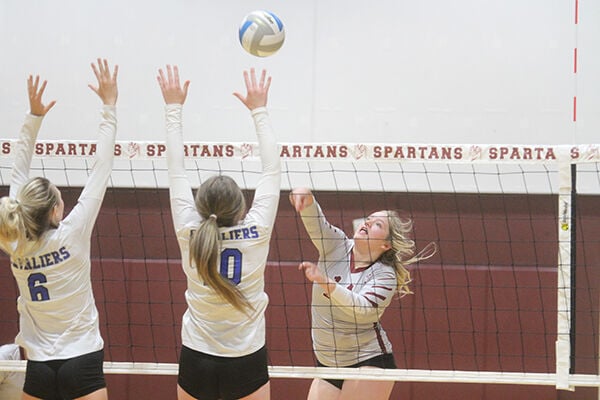 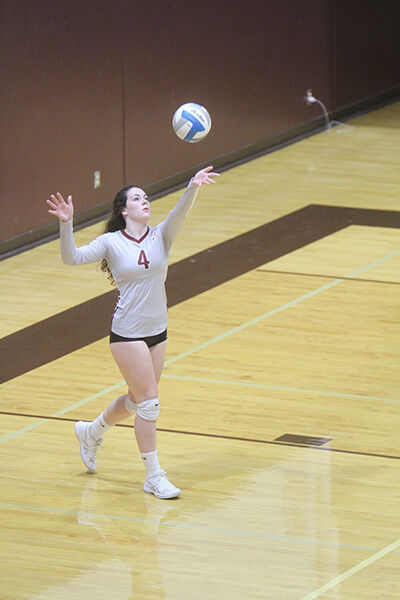 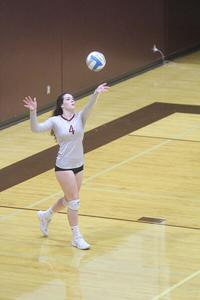 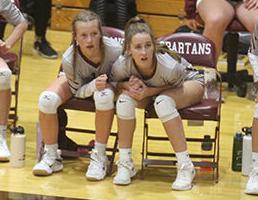 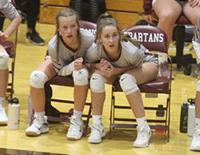 “We kind of got down on ourselves mentally. We didn’t have a good, positive mindset that last set,” Spearfish head coach Christine Skoglund said.

Erin Rotert served an ace to put Spearfish ahead 9-5 in the first game. Attacking kills by Stella Marcus and Karstin DuPont extended the Spartans’ advantage to 13-5.

Rogers served consecutive aces to keep the Spartans ahead 22-19. The visiting Cavaliers forged a 25-25 tie.

Spearfish gained side out and a 26-25 lead. Marcus’ attacking kill sealed the 27-25 win for the Spartans.

St. Thomas More jumped out to a 10-3 lead in the second game. Jordan McArthur served an ace to keep the Cavaliers’ advantage to 14-7.

The Cavaliers built an 11-5 lead in the third game, but Spearfish gained side out and cut the margin to 14-11. Lily McCarty served an ace as the Spartans trailed by only 14-12.

DuPont’s block pulled Spearfish into a 20-20 tie. Dylan Reman turned in an attacking kill to give the Spartans side out and a 22-21 edge.

Marcus’ attacking kill put the Spartans ahead 12-8 in the fourth game. DuPont and Marcus combined on a block to give Spearfish side out and a 13-10 edge.

McCarty’s serving ace and Maddi Doren’s attacking kill opened a 19-11 cushion for Spearfish. St. Thomas More got no closer than the 25-21 final, which tied matters at two and forced the decisive fifth game.

“We did everything fundamentally well,” Skoglund said in describing the two games Spearfish won. “Our defense was much better.”

A volleyball game typically ends at 25, but a team must win by at least two points. Teams sometimes must sometimes collect 27 or 30 points before a game can end, and Skoglund was asked about the key to winning a lengthy game like that.

“You’ve got to get those consecutive points,” Skoglund said. “We just have to have that aggressiveness.”

Spearfish forged a 2-2 tie in that fifth game on Rogers’ attacking kill. St. Thomas More forged ahead 8-4 and 11-5.

DuPont turned in an attacking kill as Spearfish stayed within 13-7. St. Thomas More responded by going on to the 15-7 win.

“After tonight, we need to clean up all of our hitting errors,” Skoglund said. She added the team will work a lot on defense, eye work, and staying positive.