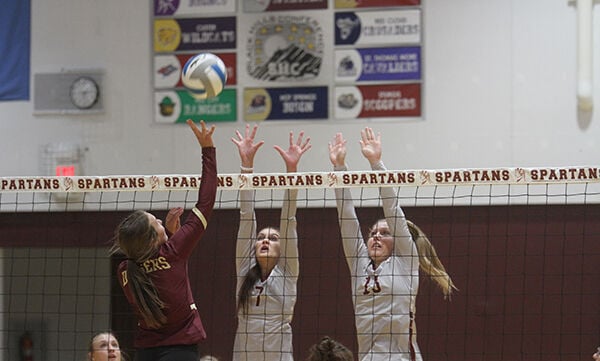 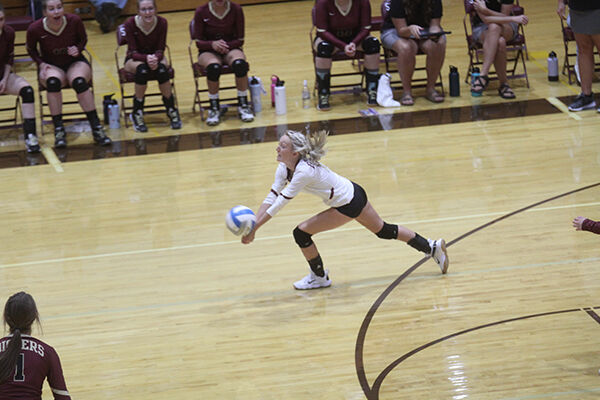 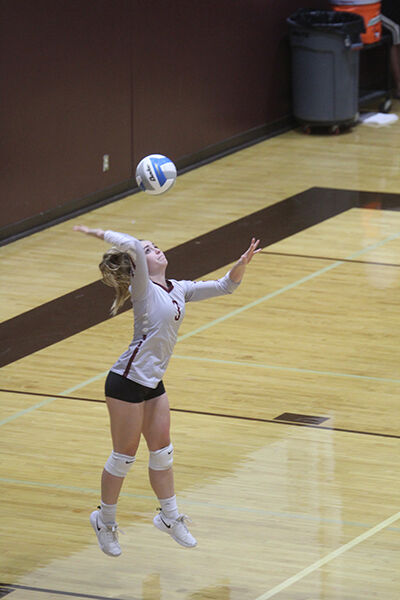 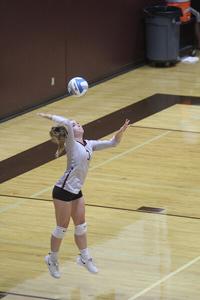 “Tonight, our serving was better,” Spearfish head coach Christine Skoglund said as the team gained its first win in five matches this season. “It started off a little rough in the first set but got better in the second and third sets.”

Skoglund added the Spartans also improved in digging and serve receive passing from past matches.

Stella Marcus served an ace as Spearfish led 6-1 in the first game. Karstin DuPont recorded an attacking kill to put the Spartans ahead 12-3.

Lead-Deadwood cut the margin to 19-10 in the first game on Kailee Bertrand’s serving ace. Spearfish, however, went on to the 25-13 win.

An errant serve gave the Golddiggers side out and a 25-23 edge in the second game. Spearfish tallied the final three points, with Marcus’ serving ace sealing the 27-25 win.

McKinly Kyte turned in an attacking kill as Lead-Deadwood stayed within 9-5 in the third game.

Spearfish held a 14-10 advantage before a six-point run opened the margin to 20-10. Halle Rogers recorded a block during that stretch.

An attacking kill by Jayna Prince brought the Golddiggers within six points, at 20-14. Lead-Deadwood got no closer, as the Spartans went on to the 25-17 win and match victory.

“It gives us a huge boost because we have a very busy week,” Skoglund said of Spearfish’s ability to finish out the match. That schedule includes a Thursday trip to Douglas and a Saturday home match against Mitchell.

“Down the stretch, we weren’t able to seal the deal,” Lead-Deadwood head coach Kim Hansen said. She added the Golddiggers were able to limit the unforced errors in that second game.

Hansen said the squad is really close to overcoming other teams. “Little adjustments will bring us a long way,” she added.”

Lead-Deadwood, 0-7, is scheduled to visit St. Thomas More on Thursday.