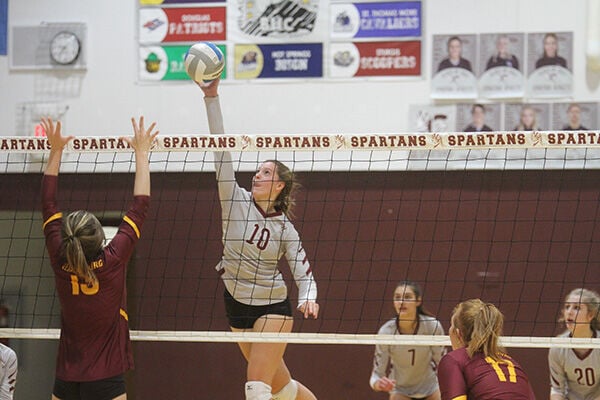 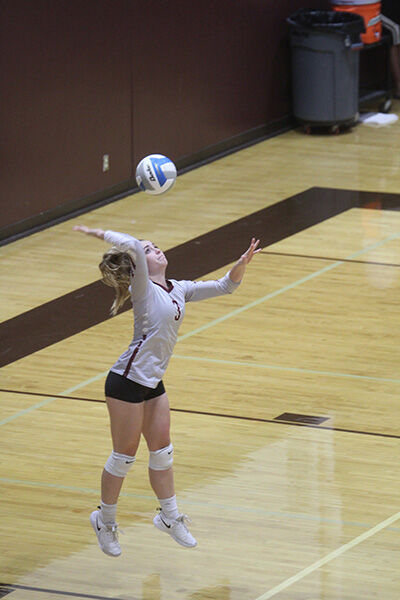 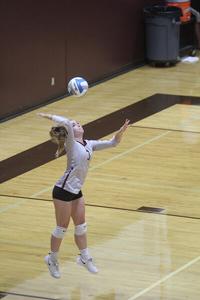 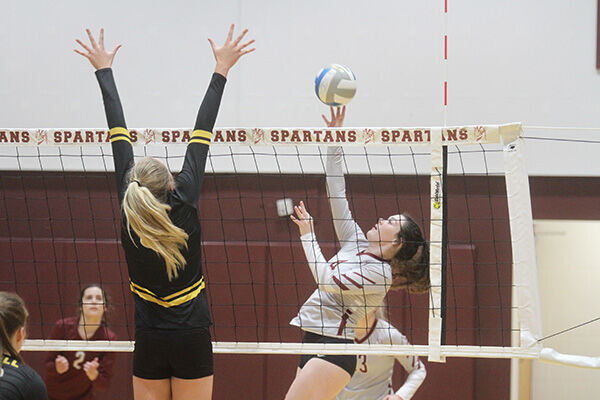 SPEARFISH — Spearfish’s varsity volleyball team reached the Class AA SoDak 16 event this season after not doing so in 2019.

The Spartans finished 8-16 in 2020 after posting a 6-26 mark the season before that. Spearfish fell three games to zero to top-seeded Sioux Falls O’Gorman in this year’s SoDak 16.

“Overall, we were just a more competitive team this year,” Spartans’ head coach Christine Skoglund said. She added the team met more of its goals in 2020 than it did in 2019.

Spearfish was more cohesive on defense, according to Skoglund. She said the blocking progressed a lot, and that helped against other class AA teams.

Skoglund said team strengths going into the season centered on height and length. Seven players on the roster stood between 5-foot-8 and 6-1.

“That helped us out tremendously with our hitting ability, and also our blocking ability,” Skoglund said. “Therefore, we didn’t have to rely so much on our back row this year.”

The back row posed Skoglund’s biggest concern going into the season. Skoglund said Grace Karp and Callie Wince filled that role well in 2020.

Illness and injuries posed the biggest concern in the middle of the season, Skoglund said.

“We were more experienced this year with our team as a whole,” Skoglund said in describing the Spartans’ evolution. “A lot of them played together last year, so that team chemistry was more evident this season.”

The team had some open gym sessions, and that helped before the season. COVID-19 issues prevented the squad from conducting its usual spring sessions.

Spearfish dropped its first four matches. A three-games-to-one victory over Douglas improved the Spartans’ record to 2-4.

The team won three of its next five matches. Spearfish toppled Sturgis three games to one and improved to 5-6.

A six-match skid brought Spearfish into its regular-season finale against Douglas. The Spartans won three games to one and improved to 8-15, which set the stage for the SoDak 16 match.

On-court highlights for Skoglund started with a match at Sturgis. Spearfish dropped the first two games but rallied for a three-games-to-two victory.

“I went into the huddle and said, ‘This is it, girls; this is your time,’” Skoglund recalled. “That was probably our most exciting moment of the year on the court.”

Skoglund said the team displayed amazing hustle on the court all season. “We had different hitters doing different things in different matches,” she added.

Gold Medal volleyball camp sessions centered on “eye work,” and Skoglund said that got progressively better. She added that made the Spartans an improved defensive team.

Skoglund said Stella Marcus emerged as a stellar hitter and performed well in the back row this season. The coach added Sydney Gusso filled a solid role in the setter position as well as her customary back-row role.

Maria Bouman excelled in junior varsity matches and did very well when stepping into a varsity role, according to Skoglund.

“They just took our whole team to a higher level this year,” Skoglund said in describing the seniors. She added they pushed the younger players to improve themselves. Seniors helped promote what they wanted to accomplish, Skoglund said.

“What every volleyball coach wants are six position players. We’ve got a lot of those girls coming up for next year,” Skoglund said.