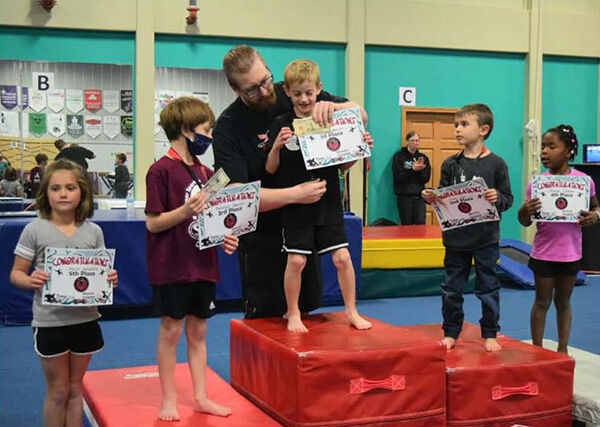 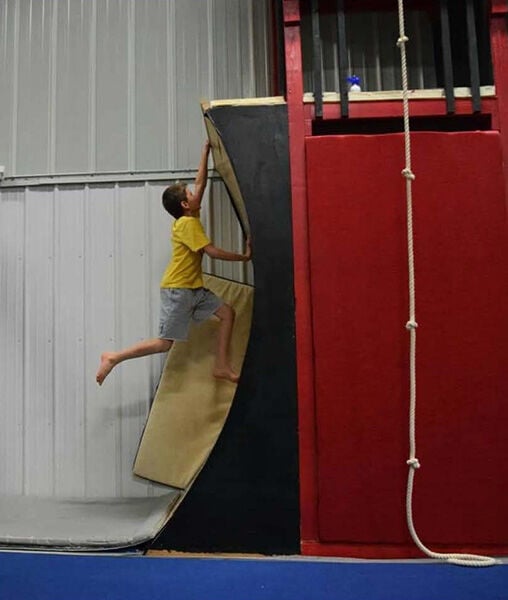 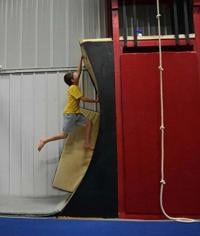 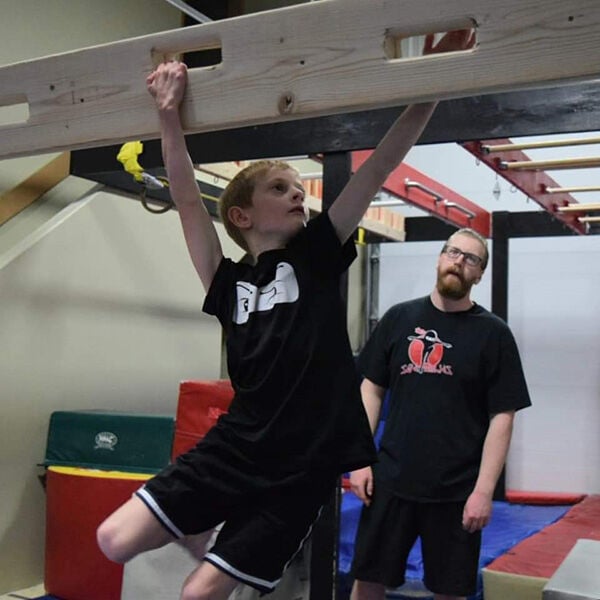 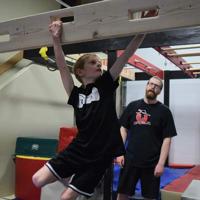 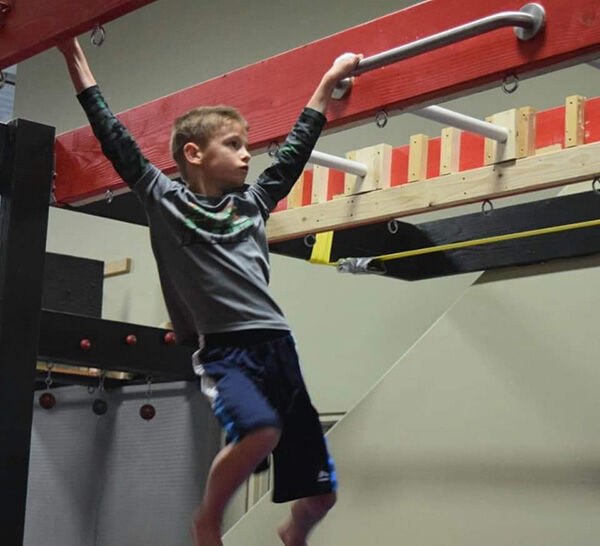 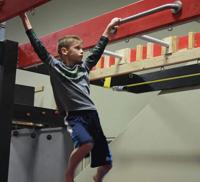 SPEARFISH — The Spearfish Sports Academy is now hosting Ninja Competitions at the gym, located at 606 South 29th Street, in Spearfish.

“We have hosted 2 competitions so far this season,” said Kirk Summers, thre program director and head coach. “We have about 70 boys and girls that participate in our Ninja program, they take classes on a weekly basis and we wanted them to have an outlet to showcase their strength and agility that they are learning in the classes.”

Kirk said they are now featuring monthly competitions that take place the fourth Saturday of each month, and are hoping to eventually put together a small league for other programs in the area that would have a series of competitions and lead to a championship event.

“We have hosted two competitions so far this season, the latest one held at the Spearfish Gymnastics Academy on Dec. 12.

The competition featured 32 competitors, mostly from Spearfish and several students from Sturgis.

The basic set up for the competition features an obstacle course that includes 12 to 14 components that challenge the participants with strength, agility, coordination and balance.

“The courses will change from month to month,” said Coach Kirk. “Some of the obstacles featured in this course were the Warped Wall, Spinning Log, Floating Cliff Hangar and a Slack Line.”

Kirk said the whole group walks through the course to see what they are going to be challenged with and then each competitor gets one chance to run the course.

Placing for the competition is based on how many obstacles they complete, each one being worth one point and then on time.

The time limit for the course is determined by how many obstacles are included and varies for each age group.

The final results are based on who completes the most obstacles and in the case of a tie on obstacles completed the competitor who does it in the fastest time is declared the winner.

“The competition this last Saturday featured athletes in 3 different age groups. Ages six to seven, ages eight to nine, and ages 10 and over,” said Kirk. “There were eight to 11 athletes in each age group, and award certificates were given to the top 5 finishers. If you placed in the top 3 you received a SGA Ninja Custom Medal and a cash award depending on the place.”

Kirk said he was very pleased with how well all the athletes did in this competition.

“We had some first timers that did great. They really attacked the course and tried their best. Our returning competitors really pushed themselves and were challenge by a pretty difficult course,” said Kirk. “They were certainly breathing hard by the time they reached the end of the course which featured the warped wall. I love putting on these competitions and seeing all the athletes trying their hardest and pushing themselves to do better and achieve the task in front of them.”

Kirk added, “I just love watching kids find success and challenging themselves to achieve all that they are capable of.”

The next Ninja competition will be held on Saturday, Jan. 23 at the Spearfish gym, and is open to anyone under the age of 18.

The first flight of athletes usually start around 1p.m.

“If you would like to experience a ninja competition and challenge yourself please come join us. You can register online at sganinjascom,” Kirk said. “If you are interested in joining our Ninja classes you can also register through that same link or call (605) 641-8303 for additional information.