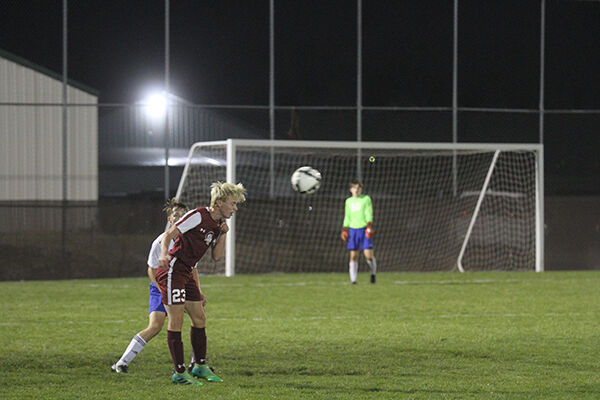 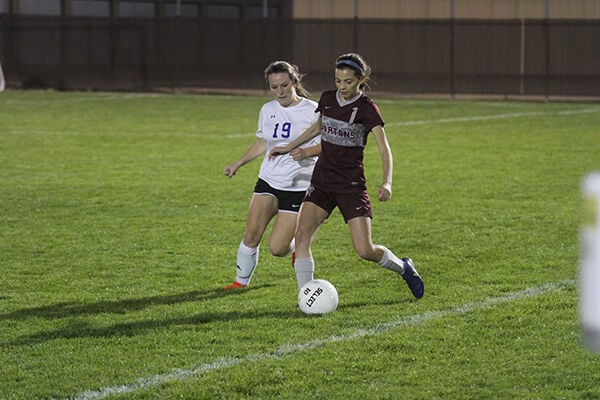 Ella Servaty of Spearfish keeps the ball from an opponent. Pioneer photo by Jason Gross 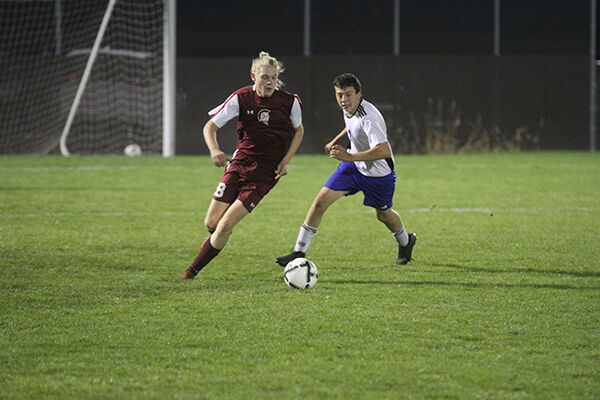 Ella Servaty of Spearfish keeps the ball from an opponent. Pioneer photo by Jason Gross

The Spartan girls prevailed 10-0, and the boys’ team claimed a 6-0 victory. Both games ended the home portion of Spearfish’s regular-season schedule.

Play ended with just under nine minutes remaining in the second half because of the 10-goal mercy rule.

“It feels good to get another win tonight,” said Spartans’ head coach Katrina Huft after seeing her team improve to 7-3 on the season.

Huft said Spearfish struggled a bit early on but was able to work on possessing the ball and moving it around the field. “It started to look a little bit better soccer in the second half,” she added.

Madie Donovan, Hanna Bjorkman, and Brooke Peotter scored during a 16-minute span as the Spartans went ahead 3-0 with 18 minutes 50 seconds left in the first half. Peotter added three more goals to put Spearfish ahead 6-0 at halftime.