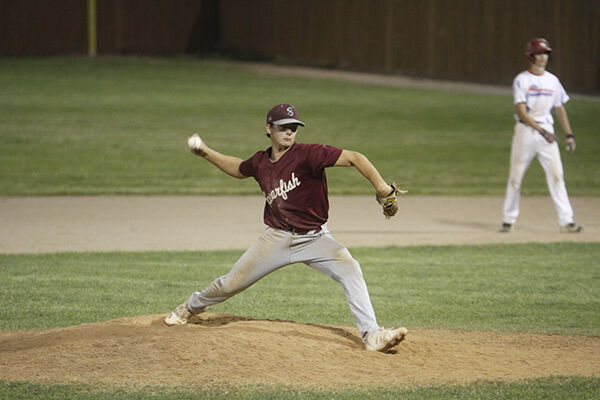 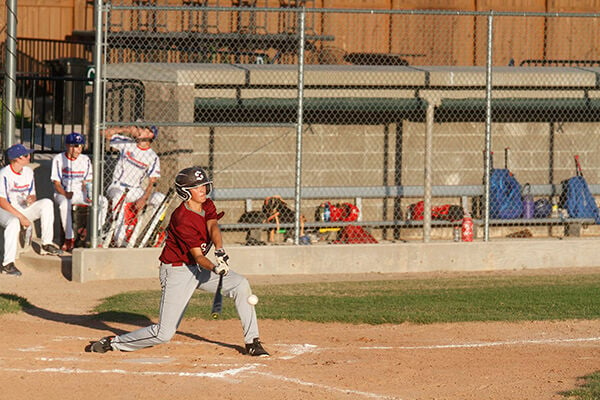 Noah Mollman of Spearfish connects on a pitch. Pioneer photo by Jason Gross

Noah Mollman of Spearfish connects on a pitch. Pioneer photo by Jason Gross

SPEARFISH — Spearfish Post 164 picked up its third straight victory by defeating Douglas 11-1 Friday night at Black Hills Power Stadium in Spearfish. Play ended after 4 1/2 innings because of the 10-run rule.

“We need him (pitcher Brock Pentheny) to get in some work tonight, and he pitched really  well,” Spearfish head coach Isaac Taylor said. Pentheny pitched the entire game and allowed only one run on three hits.

Noah Mollman scored on a fourth-inning wild pitch to put Post 164 ahead 3-0. Austin McMillin reached base on a failed fielder’s choice; Craig scored to make the score 4-0.

Pentheny came home on a wild pitch as Spearfish led 5-0 in the fourth. Haylon