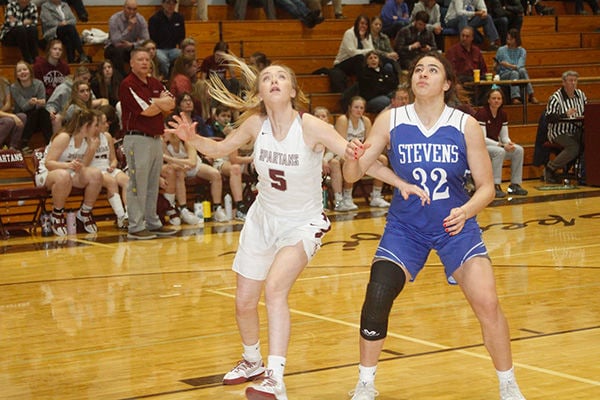 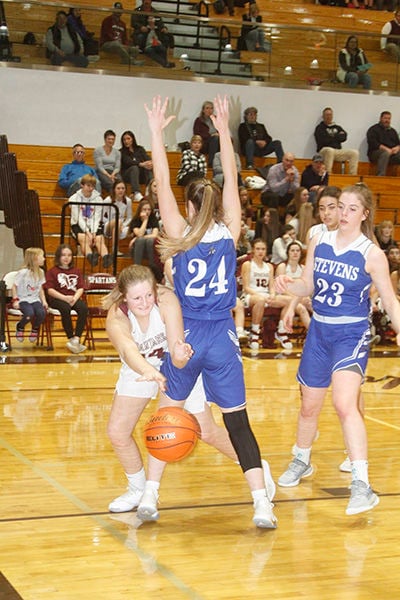 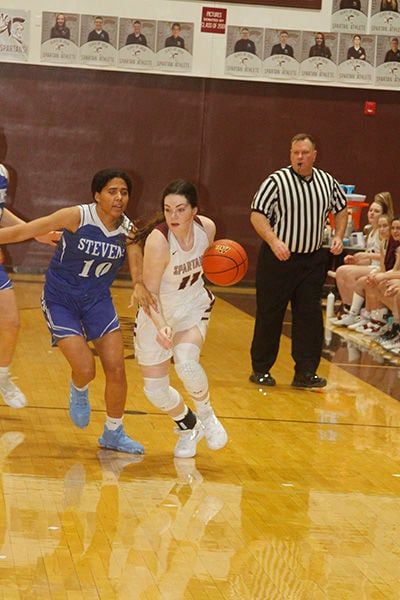 “They’ve got things that we can’t simulate in practice. They’ve got long arms and height, and we just don’t have a lot of that,” Spartans’ head coach Eric Lappe said of the visiting Raiders, who entered the game number 2 in the class AA standings.

The Raiders cut the margin to 7-3 on a Jayda McNabb free throw. Marcus’ short-range field goal estended the Spearfish advantage to 9-3.

Rapid City ran off 13 unanswered points as three players entered the scoring column. Watson converted a layup to give the Raiders a 16-9 lead.

Erin Rotert and Kylee Jo Symonds each netted a free throw to keep the Spartans within 16-11. Grace Martin and Grace Ellis scored fieid goals as Rapid City led 20-11 at the break.

Rotert made two free throws early in the second period as Spearfish trailed by only eight points, at 22-14. Rapid City used an 8-2 run to close the half, with Martin’s 3-point field goal putting the Raiders up 30-16.

“We came out the first half of the third quarter and kind of fueled their (Raiders’) transition,” Lappe said.

“We turned the ball over way too much, took too quick shots offensively. They’re super good in the open floor, and we didn’t do a good job of containing that,” Lappe added.

Lappe said Spearfish did some good things, including a 31-31 tie in rebounding. “When we were patient in our offense, we got good looks and good shots,” he added.

The Spartans return to action on Thursday, Feb. 20, when they visit Douglas. Lappe talked about the keys for that game.