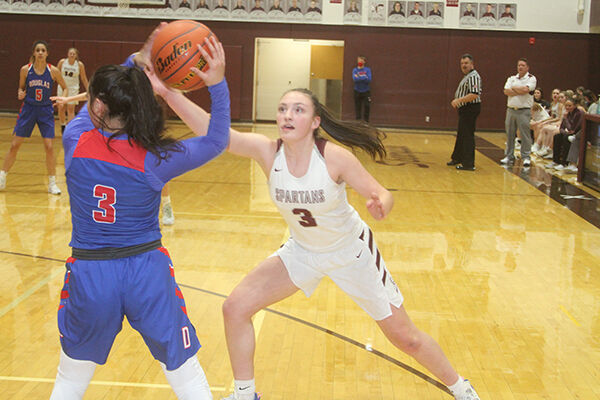 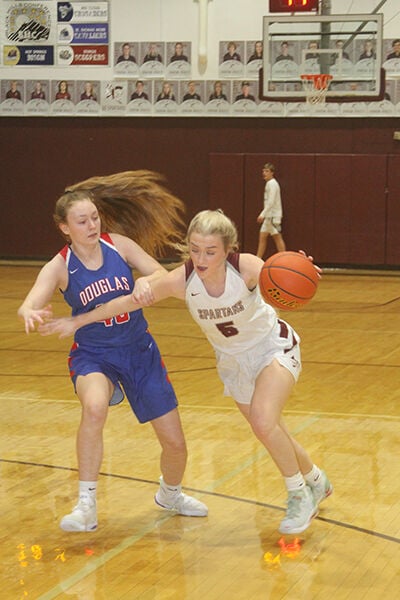 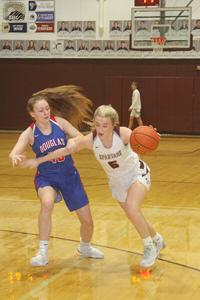 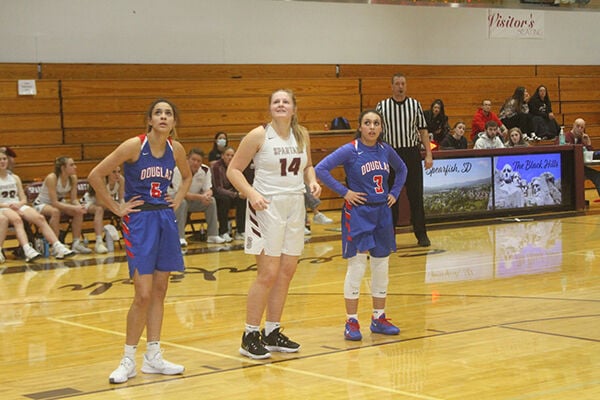 “I thought the best thing was that we got everybody involved,” Spartans’ head coach Eric Lappe said. “Everybody played well.”

Spearfish’s lead grew to 14-0 when Marcus scored two field goals: one from 3-point range. Hannah Schoon converted a steal into a layup as the Spartans led 16-0 midway through the opening stanza.

Douglas cut the margin to 16-5 before Grace Karp (free throw) and Kylie Stalder (inside shot) answered for Spearfish and made the score 19-5. The Spartans led 21-8 at the break.

Spearfish used a 14-0 run to open the second quarter. Rotert’s two free throws presented the Spartans with a 35-8 advantage.

The Spartans scored four of the next seven points, with Marcus’ basket making the score 39-11. Anna Engen added two field goals to give Spearfish a 43-13 halftime lead.

“We shared the ball really well offensively and helped each other defensively,” Lappe said. “It was a very complete game.”

Lappe said Spearfish wanted to progress and improve tonight. He added the team was really disappointed with how it played Tuesday (an 85-45 loss to Rapid City Stevens).

Engen earned the praise of Lappe, who said the senior forward played a really great game.

“She (Engen) does all the things that nobody in the stands ever talks about,” Lappe said. “She sets all the screens, gets all the ‘dirty’ rebounds, is positive on the bench. She doesn’t care who does what as long as we win.”

Spearfish is scheduled to host Sturgis on Tuesday, Feb. 23, to end its regular season. Lappe said he would like to see the Spartans share the ball offensively like they did tonight.