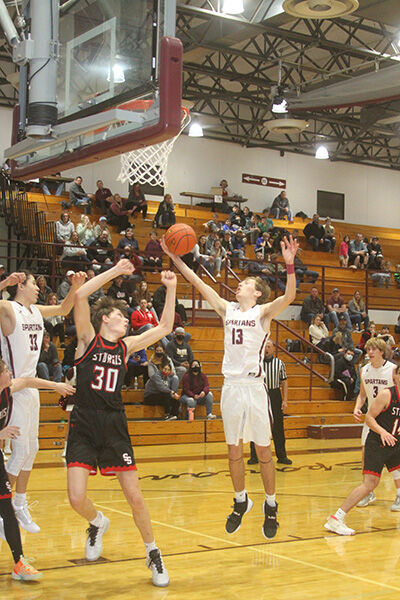 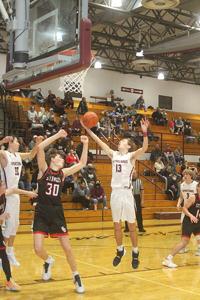 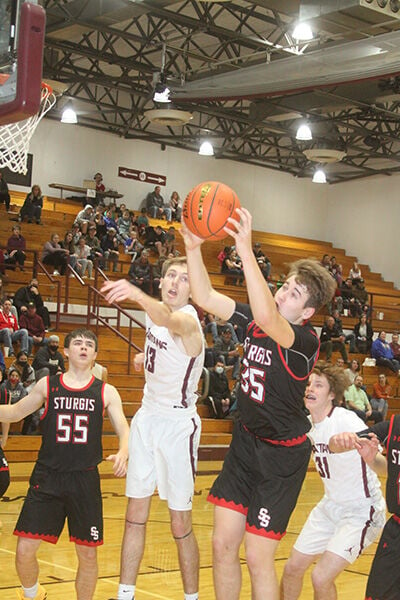 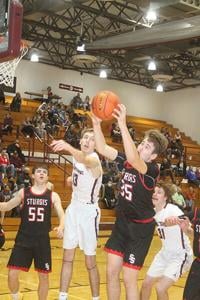 “We were able to get a few more turnovers. We were able to get to the rim and score,” Spearfish head coach Erik Skoglund said in describing that frame. The Spartans claimed a 22-9 scoring edge over those eight minutes and erased a 12-11 deficit.

Spearfish responded with a 7-0 run as Seth Hamilton, Peyton Millis, and Tony Serrano entered the scoring column. Serrano’s layup brought the Spartans into an 11-11 tie.

Jake Vliem netted a free throw as Sturgis Brown claimed a 12-11 lead at the first-quarter break.

Millis’ short jump shot and Trey Wood’s 3-point field goal lifted Spearfish to a 16-12 lead early in the second period. A steal and layup by Millis extended the edge to 18-12.

Cass sandwiched an inside basket and 3-point field goal around a Spearfish basket and kept the Scoopers within 21-17.

“We were just patient and disciplined. We executed our game plan,” Scoopers’ head coach Derris Buus said of the first quarter.

“Then, we started to get undisciplined in their halfcourt,” Buus said in describing the second period.

“We just didn’t do a good enough job in the halfcourt to make them pay. We started getting bad angles, bad spacing,” Buus added.