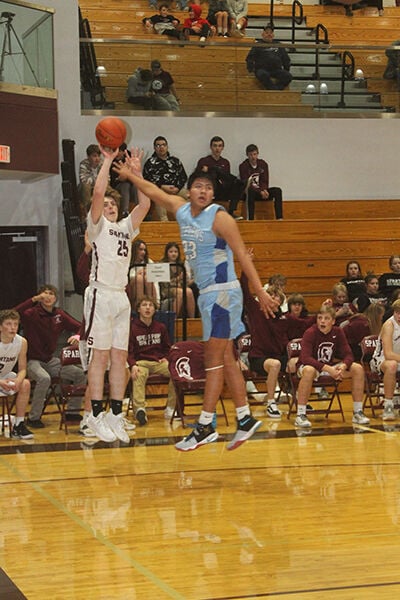 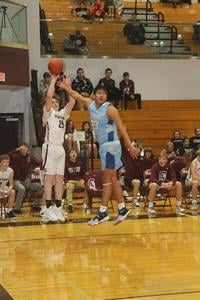 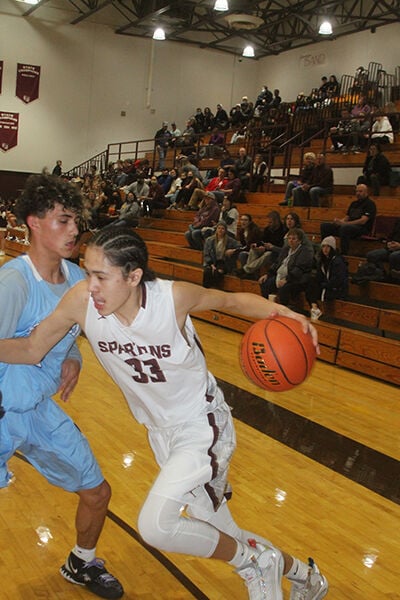 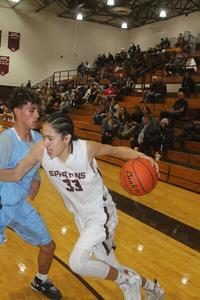 Teysean Eaglestaff of Spearfish drives past an opponent. Pioneer photo by Jason Gross 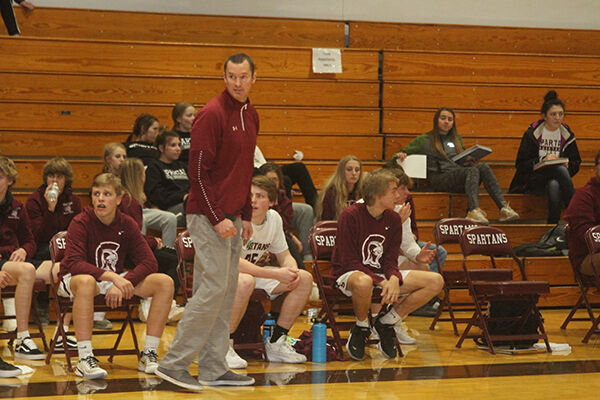 Teysean Eaglestaff of Spearfish drives past an opponent. Pioneer photo by Jason Gross

“They (Stevens) stopped us in transition,” said Spearfish head coach Erik Skoglund, whose team led 33-28 when the key stretch began. “Now we’ve got to play five on five, which is a whole lot harder than four on three, four on two, five on three, stuff like that.”

Rapid City Stevens built a 21-11 lead after the first quarter of play. The margin reached 12 points (23-11) early in the second period on Jaden Haefs’ layup.

Tyler Huber and Seth Hamilton connected from the field for Spearfish. Hamilton’s 3-point field goal brought the Spartans within 23-16.

Spearfish cut the margin to 23-20 after Tony Serrano and Teysean Eaglestaff scored. Trey