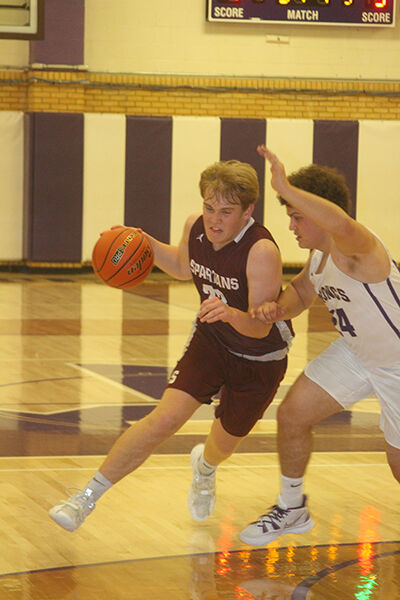 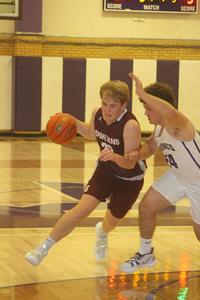 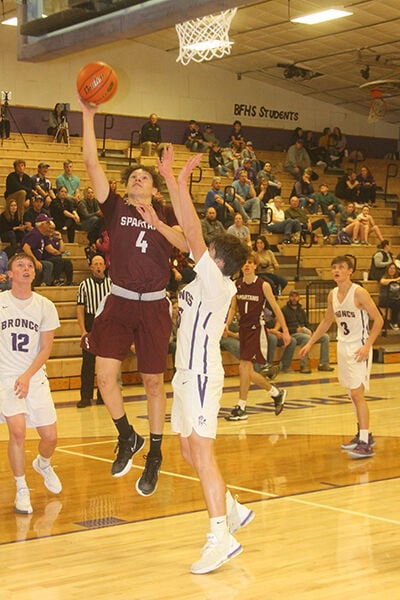 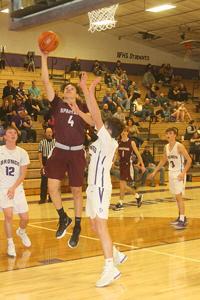 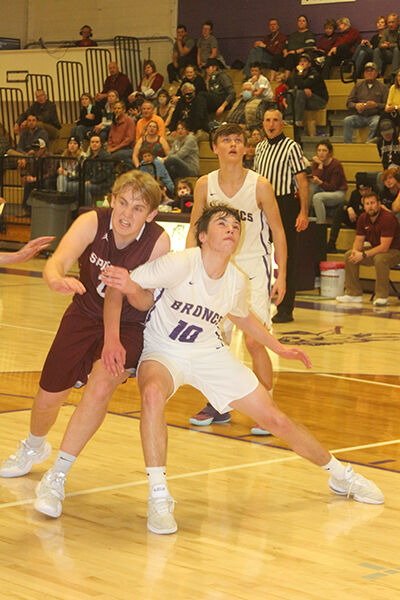 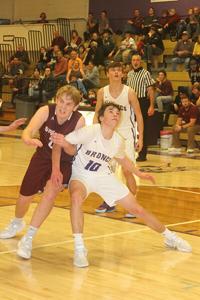 “This was a total team effort,” said Spartans’ head coach Erik Skoglund, whose team held a 21-17 halftime edge. “It wasn’t one guy doing it on the offensive end.

“On the defensive end, we slowed them (Belle Fourche) up in transition. We trapped them in the halfcourt, created the turnovers that turned into buckets,” Skoglund added.

Peyton Millis’ layup staked Spearfish to a 9-0 lead. A Gabe Heck layup capped a 6-2 run that brought the home standing Broncs within 11-6.

Belle Fourche sliced the margin to 13-11 early in the second quarter on Anthony Budmayr’s 3-point field goal. Spearfish responded with a 5-0 run; Tony Serrano’s layup gave the Spartans an 18-11 advantage.

The Broncs stayed within two points (23-21) in the third quarter on two Budmayr free throws.

Spearfish went on a 13-1 run to close the quarter, with Millis’ free throw making the score 36-22. He connected twice from 3-point range to highlight the run.

Spearfish extended its lead to 20 points (50-30) when Trey Wood netted a free throw with 2 1/2 minutes remaining. Belle Fourche got no closer than the final margin.

“We played hard the whole game,” Hamilton said. “We shared the ball a lot in the second half, and it was a great team win.”

Hamilton said the Spartans shot well. He added Spearfish has a good team and will do great things if it keeps working.

Millis said Spearfish’s defense carried it through this game. In describing the first half, he said, “With our press, we kept them (Belle Fourche) out of the middle, dropped to the sides, trapped them on the sides, and then we could run and jump from there.”

Skoglund said Spearfish wore down Belle Fourche in the second half by using its length.

The Spartans are scheduled to host Rapid City Central at 7 p.m. Friday, Jan. 15, at the Spearfish High School gym.

“We responded after a rough start in the first half,” Belle Fourche head coach Clay Pottorff said. He added the tougher team won tonight’s game.

“As a coach, it’s hard to swallow when your team is not the tougher team,” Pottorff added.

Spearfish was able to keep Belle Fourche on the sidelines in the second half, according to Pottorff.

“One of our keys was to play through the middle, stay off the sideline,” Pottorff said. “They (Spearfish) did a good job of enticing us to the sideline, and we weren’t tough enough to get it back to the middle and get a ball reversal.”

Belle Fourche is scheduled to visit Dupree on Saturday, Jan. 16.