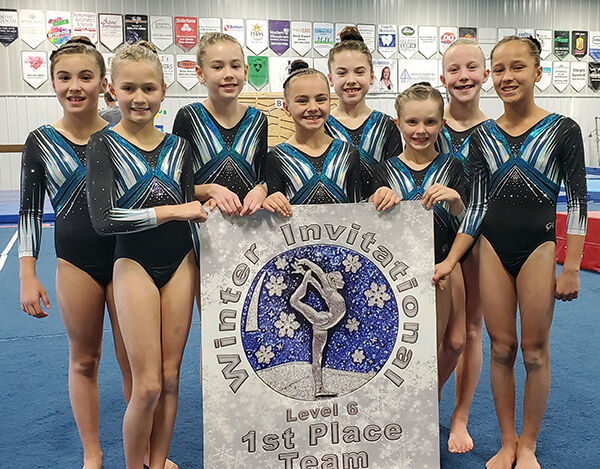 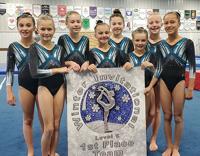 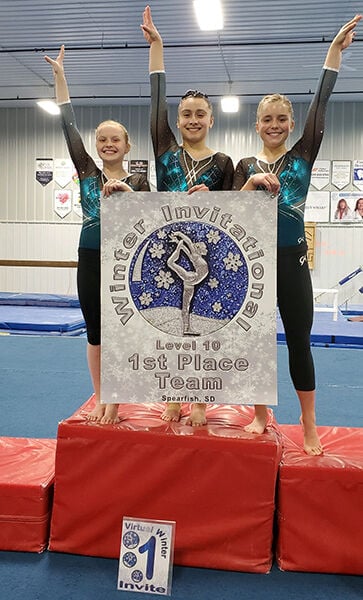 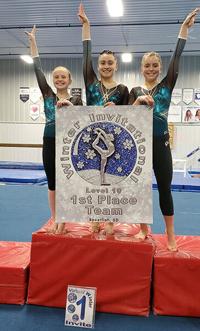 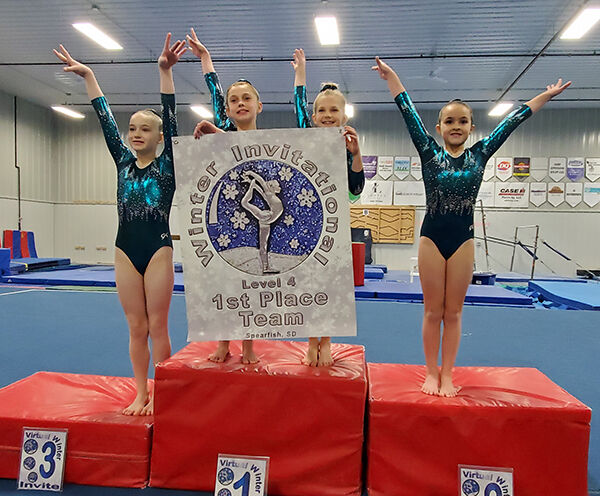 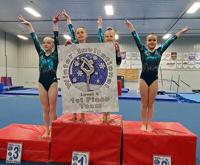 The event marked a new competition concept for the sport of gymnastics.

With all the concerns with COVID-19 and spread of the disease, the owners at the Spearfish Gymnastics Academy have decided to only do virtual competitions until everything gets back to a somewhat normal state.

The meet was run through a command center in the SGA gym, and then the other gyms that participated were able to compete in their own respective gyms and the judges also were live scoring over a Zoom meeting as well.

It was all conducted in real time and ran just like a regular invitational meet without ever leaving home.

Lexie Cathcart of the Spearfish Academy was the technical person behind putting this event together and received rave reviews from the judges and the teams that competed in this new format.

The judging panel were from Colorado and Wyoming, and teams from South Dakota, Montana, New Hampshire, Delaware, Pennsylvania and Massachusetts competed.

“It was really quite fun,” said Cathcart. “The biggest challenge was dealing with all the different time zones.  However the event ran really well after a few technical issues were smoothed out over the first session.  Ironically we were the ones dealing with the glitches because of the amount of traffic on our Wi-Fi due to running the meet from within the gym. However, after creating some hot spots with the Wi-Fi, the rest of the meet came off without a hitch.”

All of them competed in the 10-11 age division.

Jagow swept the awards, winning all four events and the all around.

Overvold placed second on all four events and finished with an all around total score of 35.175, for second place.

In the 9 and over age group, Spearfish gymnasts competing were Annika Britton, Devyn Ainsworth, DeAndra Reinboldt, Samantha LaFayette and Aubrie Asarch.  Ainsworth was the top Level 3 for SGA winning the all around with a total score of 36.025.

LaFayette placed second in the all around with a score of 35.275.

The Level 3 team took top honors in the Team competition with a score of 107.725.

Gray’s all around total score of 33.725 placed her in fourth.

The Level 4 team also took home top honors in the team competition with a team score of 106.575.

Morgan Jenkins placed 3rd on Vault 8.4 and finished with an AA score of 35.05 with Sophia Hatieli finishing the meet with a score of 33.65.

The Level 6 team also won the team competition with a total score of 110.725.

In the Level 10 competition SGA had three athletes cpmpeting. They were Savanna Dunwoody, Jazmyn Jimenez and Ruthie Wehrung.

They all competed in the same age group.

Dunwoody took the gold on vault (9.4) followed by Wehrung in second with a score 9.17, and Jimenez took third with a score of 9.1.

The team placed first overall with a total team score of 108.275.

“I was very pleased with how all of our gymnasts competed in this new environment,” said Phil Summers, SGA’s head coach. “They were all great teammates and really cheered for and pulled together for all their teammates.  We have a great bunch of talented athletes this year and are looking forward to a successful season despite the restrictions placed on us by the COVID-19 pandemic.”

The Spearfish Gymnastics Association will be hosting another virtual meet on Jan. 10, with committed clubs from Colorado, Pennsylvania, Montana, South Dakota, Illinois, Wisconsin and possible Michigan and Nevada.

“We are expecting this meet to be twice the size of our first meet, hoping to feature at least 200 athletes from around the country,” Summers said.