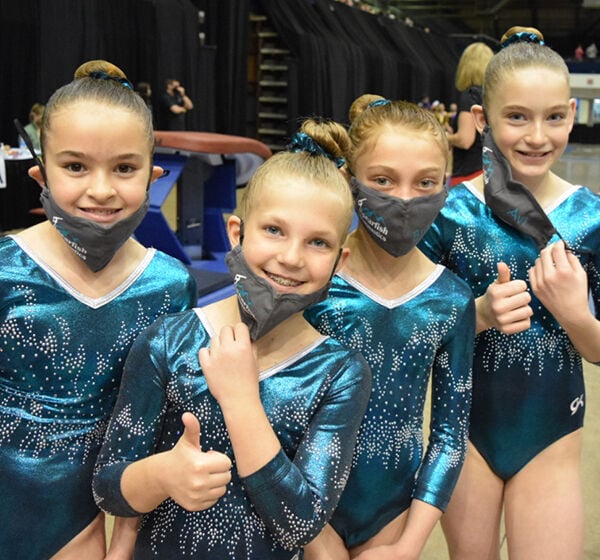 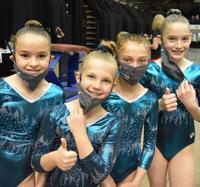 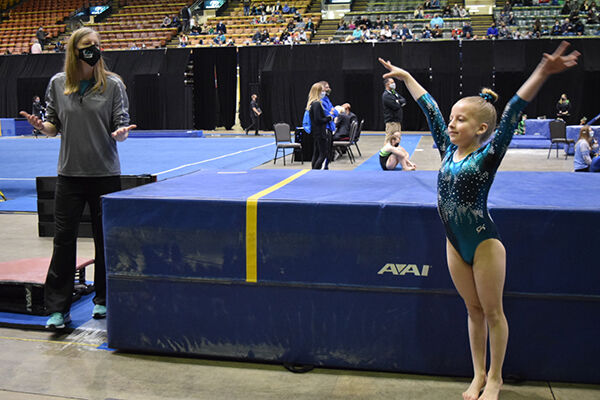 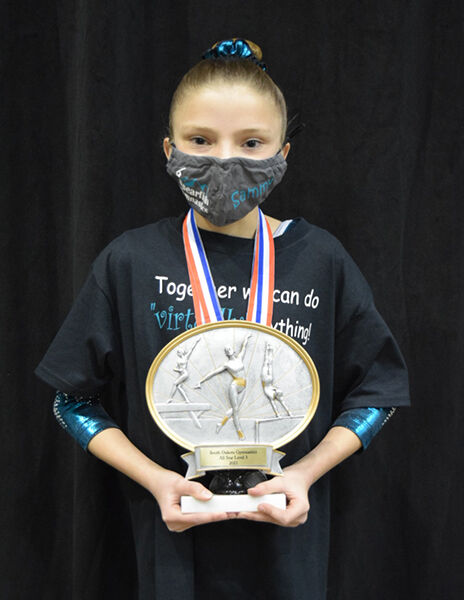 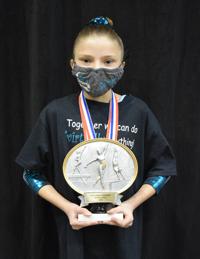 Spearfish Gymnastics Academy gymnast Samantha Lafayette  named to the South Dakota All Star team placing in the top three in the all around regardless of age group, at the USAG State competition March 19-21, in Sioux Falls. Courtesy photo

Spearfish Gymnastics Academy gymnast Samantha Lafayette  named to the South Dakota All Star team placing in the top three in the all around regardless of age group, at the USAG State competition March 19-21, in Sioux Falls. Courtesy photo

This was the final competition for the 2021 season for the young gymnasts from Spearfish, and the showcase for all the hard work they put in this year to accomplish their team and individual goals.  The three-day weekend event started on Friday morning with the Level 4 competition.

Competing for Spearfish at this level were, Avalon Gray, Brooklyn Grundstad, Megan Markovetz, and Sydney Mosset.

In the 8-to-9 year old division, Markovetz put together a great set of routines and claimed the silver medal in the all around competition with a score of 35.95.

Mosset claimed the bronze on the beam with a score of 9.0, and finished with an all around score of 35.10.

“Sydney really had a good state meet, said Lexie Cathcart, the SGA head compulsory coach. “She moved up a level this year and it was quite a challenge for her. She worked very hard  and her all around score was a testament to her work ethic.”

Grundstad was the most decorated gymnast for the Spearfish squad, finishing second in the all around competition with a score of 36.375. She placed eighth on the vault (8.875), fourth on beam (8.925), and did an amazing bar routine that scored a 9.575, making her the South Dakota Bar Champion.

“I think the biggest accomplishment for Avi in this meet was winning the Bronze on Beam,” said Cathcart. This is an event that had challenged her all year, and it was really great to see her perform so well on this event at the state competition.”

The Level 4 team went on the take runner-up honors in the team competition, placing second overall.

The Level 3 competition was the next level to perform on Friday afternoon.

“Maddie Adams was so much fun to watch in her first state competition,” said Cathcart. “This was a huge accomplishment for her this season and the pure joy of watching such a young gymnast take in this experience was very rewarding.”

Molly Albrecht placed nin on beam with a score of 8.625, and finished the meet with an all around total of 35.175.

Ainsworth also won the silver medal for second place in the all around with a total of 37.00.

She finished fourth in the all around with a score of 36.175.

LaFayette finished out the meet for the Spearfish squad with three individual state championship titles.

She was crowned Level 3 All Around champion, winning the gold with an impressive total of 37.825.

“Sami was also She received a special trophy to acknowledge this accomplishment,” said Cathcart. “LaFayette had an amazing year. This was her first year of competition and she just got better and better as the year progressed. It will be fun to see her excel as she moves up through the competitive levels.”

The final competitor on Friday was Keelie Overvold.

Overvold competed in the Xcel Gold competition in the 14-and-over age group.

“Overvold also put together one of her best competitions of the season,” Cathcart said.

“The Friday competition was just the first day of the three-day event,” said Cathcart.

“Spearfish was very well represented by these amazing athletes. Coaches Amber Lewis, Xcel, and Compulsory assistant coach Veronica Jenkins, did an outstanding job preparing these athletes this year and should be very proud of how well they performed at the 2021 State Championship Meet.”