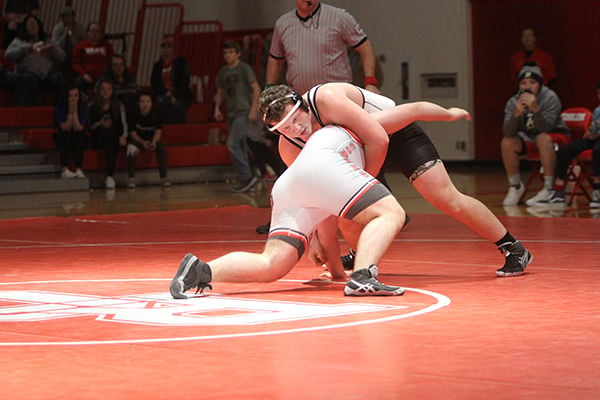 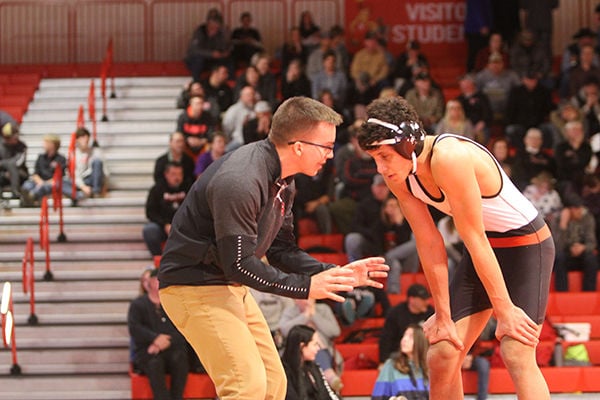 The Scoopers started out strong in the light weights, with a major decision, three pins and a forfeit to start the dual and take the score to 28-0.

“The way we had it, not sure we could call the lighter weights our super strength, with a first timer on the mat, Korbin really got us going, and steam rolled thru 132,” said Mike Abell, Sturgis Brown’s varsity wrestling coach.

The Cobblers returned Saturday from the Clash in Minnesota and that tournament took a toll on the team with injuries.

“When we are missing a couple state place winners and two other state qualifiers, it is hard to make it competitive,” said Lance Pearson, Rapid City Central’s wrestling coach.  “I commend our guys for going out there, several probably shouldn’t have been sent out on the mat but what do you do.”

Abell said the Scoopers had injuries of their own.

“We talked to the team, and not having Kaden Olson and Taylor Coffield, we were down some bodies, and we needed some big wins, so we took a gamble and rolled the dice, pulled Korbin off of the JV and bumped Evan Osborne up, and it paid off,” Mike Abell said.

Sturgis Brown also moved Robert Merwin, another JV wrestler, into the lineup at 195 pounds, and moved Reece Jacobs up to 182 pounds.

“Our heavyweight, Cody Nelson, wrestled a smart match and got his first dual victory tonight,” Abellsaid.

Perry Ketelsen, a sophomore, and light for his weigh class, lost a close match 5-4 to Kadyn Kraye.

“I think the match of the night was our loss at 138, taking the number one kid in the state to a one point match, and nearly scoring some near fall points for the last minute, that is huge for Perry Ketelsen,” Abell said.

Pearson said his team needs to to improve and learn from this dual.

“We did what we could, we need to battle better, that dual score is really ugly, I have to get them fighting harder, battling harder and especially some of our inexperienced guys, it just comes down to heart, and we did not show very well tonight,” Pearson said.

The Scoopers are off this weekend and the next time the team is in action is at Phillip on Friday to dual Redfield and McCook and then to Mitchell on Saturday.