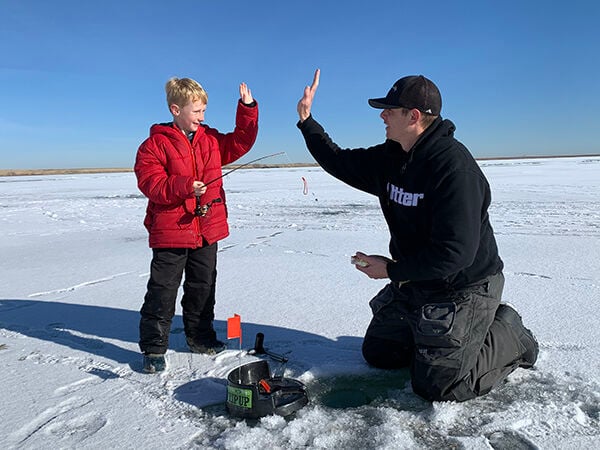 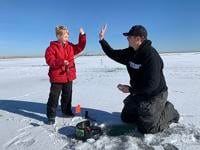 Ice fishing features an augered hole, with many anglers also using a shelter resembling a small tent. Ice condition and depth are the most important safety considerations. Courtesy photo 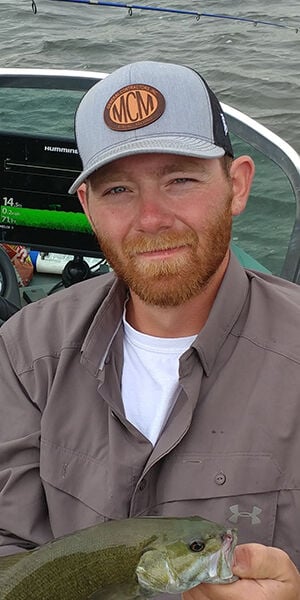 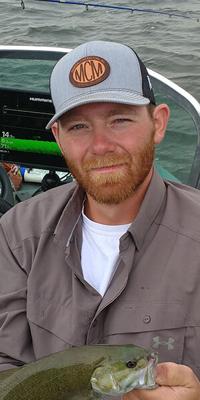 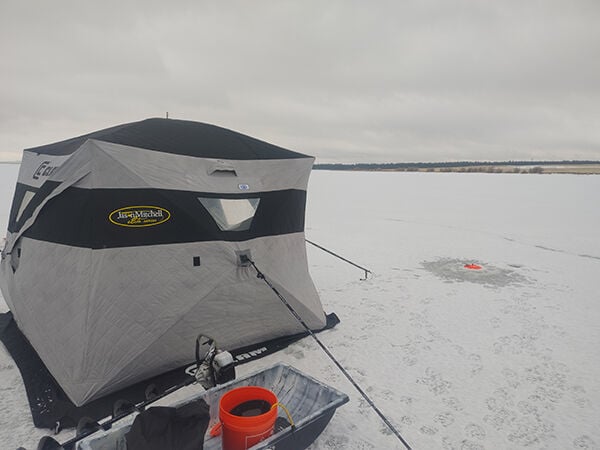 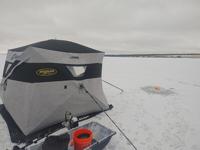 Ice fishing features an augered hole, with many anglers also using a shelter resembling a small tent. Ice condition and depth are the most important safety considerations. Courtesy photo

SPEARFISH — Safety often marks the difference between a successful ice-fishing trip and one that ends in tragedy.

Longtime fishing and outdoors enthusiast Tim Karas said most common accidents result from anglers not taking the necessary precautions or being ill-prepared for what they may encounter on the ice.

Karas said some people see ice form and tend to think it is ideal to go out and start fishing. He added anglers must take precautions and check the ice thickness.

“The main thing to understand is, no ice is ever safe, no matter how thick it is,” Karas said. “If you have to double-guess yourself, it’s not worth getting out on the ice.”

Karas recommends having at least two anglers together to check ice thickness, especially early in the season. He also manages a West River Fishing Report on Facebook.

Visual inspection includes checking for pressure ridges. “When an ice layer meets another ice layer — and they start pushing on each other — that creates a weak point,” Karas said.

Karas recommends having all safety equipment ready. Anglers walking to their desired spot are to drill a hole every five to 10 feet and measure the ice.

“The minimum safe ice thickness, for just a person walking, is three inches,” Karas said. “But if it doesn’t look good to me, I won’t walk out there.”

He does not recommend this three-inch depth for situations where a person runs a heater to go with the shelter.

Karas passed along a general rule of thumb regarding ice appearance.

“Think of the clearest ice cube you can think of. That is good, strong ice,” he said.

Starting out in ice fishing is relatively inexpensive, according to Karas. A pre-set pole with rod and reel could cost $10 to $15.

Other equipment includes an auger to drill through the ice. Karas said the total cost likely runs from $100 to $120, including that and the license. Some anglers also use a pop-up shelter resembling a small tent.

“The big thing you want to worry about, when it comes to ice fishing, is your safety equipment,” Karas said.

That includes a pair of ice spikes that go around the neck, plus a length of rope and a cell phone. Spikes provide a relatively good chance to get out if a person falls through.

Suggested clothing includes a pair of long underwear, a pair of waterproof boots, and a heavy-duty winter jacket.

Accidents like the recent one at Lake Poinsett happen multiple times every year.

Karas said people get out on the ice too early and fall through, even on foot.

Keyhole Reservoir (Wyoming) had an incident roughly three weeks ago when a four-wheeler fell through the ice. The man was not injured, with Crook County Rescue saving him and extracting the four-wheeler.

“Your safety is the number 1 priority,” Karas said. He added there is something else many people do not consider.

“If you fall through, or if a four-wheeler or side-by-side falls through, you’re also liable to pay for whatever the price tag is to remove said vehicle,” Karas said.

A lot of cloudy ice was present early in the season.

“Even if you have three or four inches of cloudy ice, that might not be enough to support your weight,” Karas said.

A person may visit the local bait shop or go to West River Fishing Report for ice thickness information. Karas said the report’s 6,000 members post information about lakes including location and ice conditions.

“One time during that day, if you’re sitting there and you hear a crack or anything and it makes you feel uncomfortable, just get off,” Karas said.

He recommends always fishing with a partner. The rope may be used if a person falls through.

“Once you get that person on the ice, you do not stand up,” Karas said. “You belly-crawl your way towards the shore or towards the piece of ice that you know is safe.”

A person should call 911 if the other person cannot get out, Karas said.

He added ice fishing is popular on the river, with one of the nation’s biggest tournaments taking place in Mobridge.

Deerfield Lake boasts a lot of Black Hills ice fishing traffic, as does Pactola Lake. Karas said Deerfield Lake is centralized and tends to freeze over rather quickly.

Orman Dam and Angostura Lake also attract many anglers. Karas said ice conditions are a bit iffier because they are prairie lakes.

An ice fishing tournament was scheduled at Orman roughly three weeks ago. Karas said the date was changed because of unsafe ice conditions.

Walleye is the most popular species among anglers. Trout is plentiful in the Black Hills, with Northern Pike and lake trout also targeted.

Some anglers prefer ice fishing to spring-summer-fall fishing. Karas said some cannot afford a boat, so they walk to their favorite spot if the ice is safe.