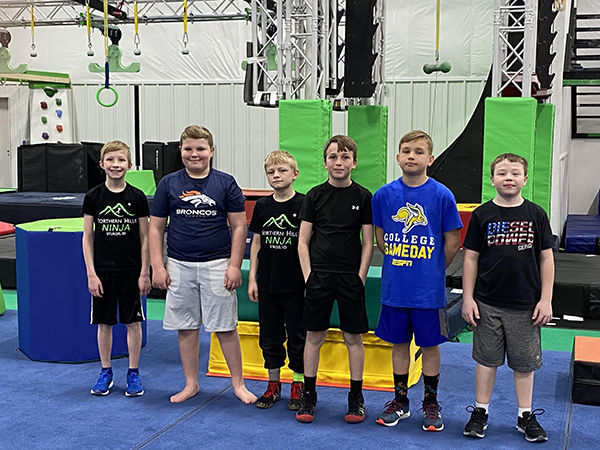 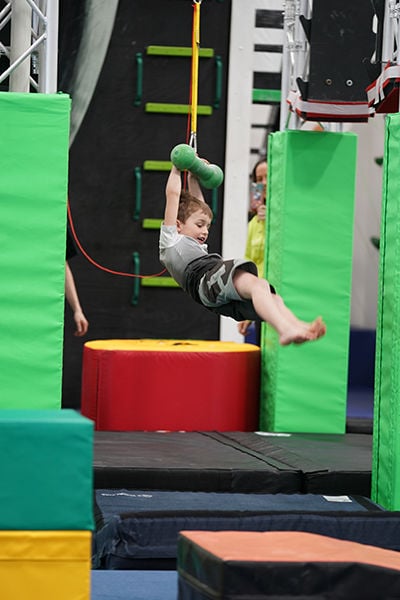 Jax Wilson swings over an obstacle on the dog bone during the Ninja competition on Sunday at the Northern Hills Ninja gym. Pioneer photo by Tim Potts

Jax Wilson swings over an obstacle on the dog bone during the Ninja competition on Sunday at the Northern Hills Ninja gym. Pioneer photo by Tim Potts

STURGIS — A Ninja Warrior competition at Northern Hills Ninja (located in Northern Hills Gymnastics Academy) was held on Sunday, March 15, with 60 athletes competing for top honors in each of the five age categories.

The competition began with the 5 and 6 year-old athletes competing in wave one.  Wave two include the 7-year-old’s, wave three was for eight- and nine-years-old, and wave four was from 10-11-year-old’s, and the final wave was for ages 12 and up.

Colt Scott, the Northern Hills Ninja coach, competed on the American Ninja Warrior Show last season and this was a small version of that for the kids.

Courses and obstacles were adjusted for the various age groups.

“Coach Scott moved to Sturgis almost a year ago from Virginia and has been a wonderful role model for all of the kids,” Bruch said.

Ninja leagues are growing in many states and with the interest and growth in our area, there likely will be more events that the Ninja’s can compete in the future.

As seen on television, American Ninja Warriors junior, would be the goal of many competitors.

To join the Ninja program at Northern Hills, the athlete has to be 5-years-old.

There are also a few adults that come train with Coach Scott.

Classes are every night of the week, Monday thru Friday, from 4-7 p.m.