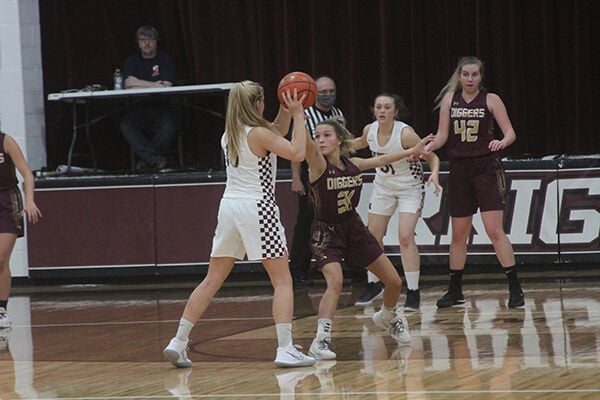 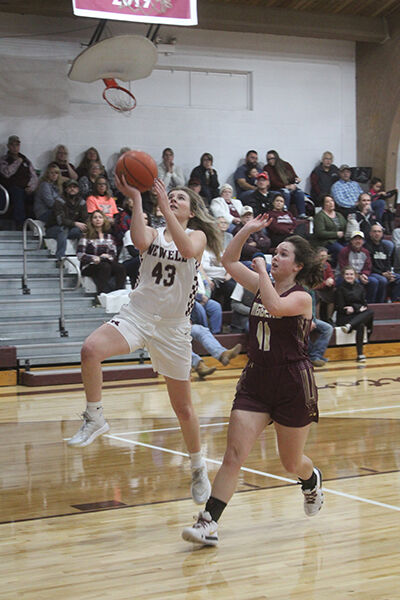 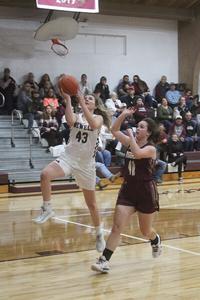 Kayden Steele of Newell eyes the basket for a layup as Lead-Deadwood’s Madi Rystrom defends. Pioneer photo by Jason Gross 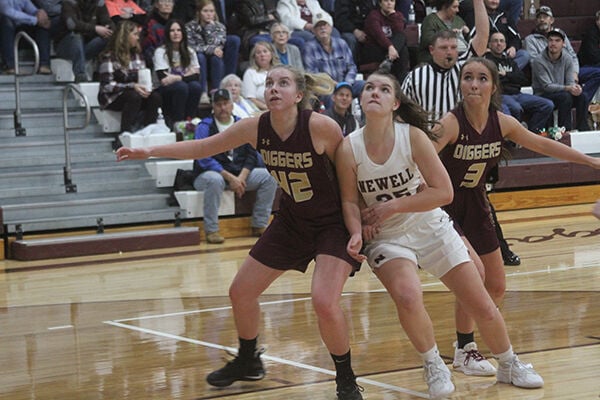 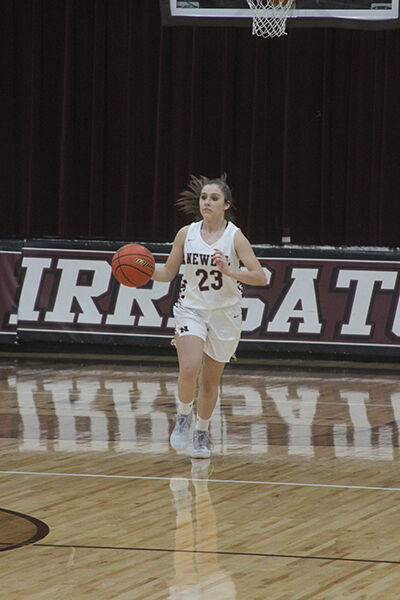 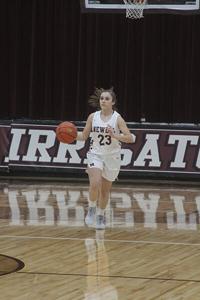 Newell’s Stacy Mahaffy looks upcourt as she gets ready to set up the offense. Mahaffy and the Irrigators defeated Lead-Deadwood on Tuesday and are now 3-0 on the season.

Kayden Steele of Newell eyes the basket for a layup as Lead-Deadwood’s Madi Rystrom defends. Pioneer photo by Jason Gross

Newell’s Stacy Mahaffy looks upcourt as she gets ready to set up the offense. Mahaffy and the Irrigators defeated Lead-Deadwood on Tuesday and are now 3-0 on the season.

NEWELL — A 14-3, first-quarter advantage lifted the Newell varsity girls’ basketball team past Lead-Deadwood 41-23 Tuesday night at Austin Auditorium and improved the Irrigators to 3-0 on the young season.

“We did exactly what we wanted to do,” Newell head coach Scott Wince said in describing that start. “We have to play up-tempo with everybody because we’re built for speed rather than setting plays up.”

Kayden Steele converted two layups as the Irrigators went ahead 4-0. Lead-Deadwood cut the margin to 4-2 on Madelaine Rogers’ jump shot.

Newell used two field goals by Steele to open a 9-2 advantage. Her second field goal was from 3-point range.

Steele connected from 3-point range in the second quarter as the Irrigators moved ahead 17-3.

Jayna Prince and Rogers accounted for Lead-Deadwood’s next five points to offset a Newell basket and keep the Golddiggers within 19-8.

The Irrigators’ advantage grew to 24-9 on Sydnee Kjellsen’s free throw. A basket by Rachel Janssen brought Lead-Deadwood to within 24-11 at halftime.

Newell held a 24-12 lead in the third quarter before an 11-3 run closed the frame. Rachel Erk connected from the field to give the Irrigators a 35-15 lead at the break.

Steele finished with a game-high 18 points for the Irrigators. Her efforts included four 3-point field goals.

“We’re starting to make better basketball decisions,” Wince said of the Irrigators, who downed Harding County 58-41 and Bison 56-43 last week to open the season. “I thought we rebounded well; our young kids did a very good job coming off the bench.”

Lead-Deadwood head coach Tim Hansen said the Irrigators have everything a person looks for a team. He cited factors including shooting and inside size.

“We talked about calming down and seeing things rather than reacting to things,” Hansen said in describing the second quarter.

Hansen said the Golddiggers, in the second half, started getting looks in the offense that they have discussed all season. “To see those happen was something that I hope was a really good building block for us,” he added.

The Golddiggers will travel to Upton, Wyo., on Friday for the first day of the Stateline Shootout.

Newell is scheduled to host Lemmon on Monday, Dec. 21.