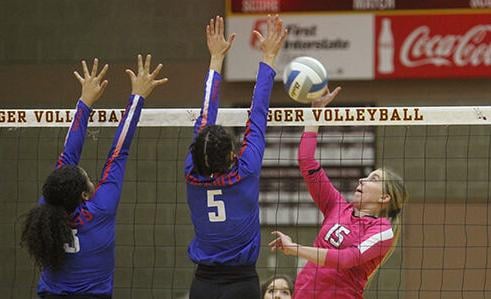 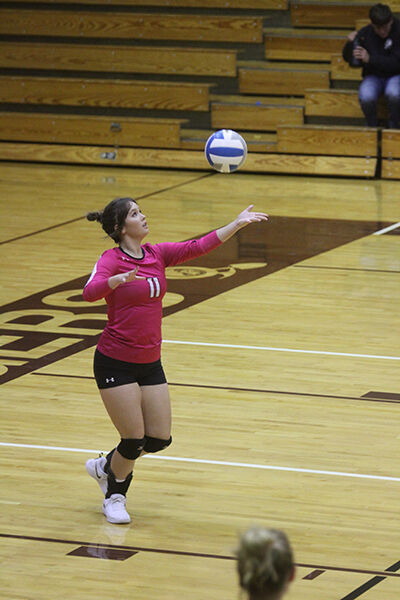 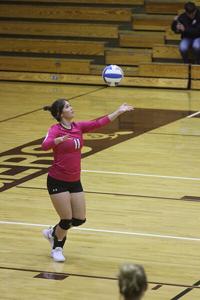 Madi Rystrom of Lead-Deadwood gets ready to serve. Pioneer photo by Jason Gross 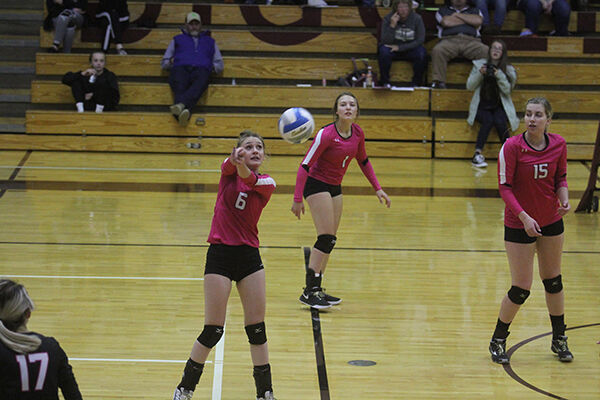 Madi Rystrom of Lead-Deadwood gets ready to serve. Pioneer photo by Jason Gross

“I thought they did a really good job of keeping their positivity up,” Golddiggers’ assistant coach Brooke Kappen said. “They never got down on themselves or each other, and they had a ton of fun.”

Allison Mollman served an ace as Lead-Deadwood forged a 2-2 tie in the first game. Douglas moved ahead 16-12 before the Golddiggers gained side out; Mollman’s serving ace cut the margin to 16-14.

The visiting Patriots built a 21-17 lead on Gracie Chapman’s serving ace and went on to the 25-20 win.

Jayna Prince recorded an attacking kill to give the Golddiggers side out and bring them to within 15-11. Another attacking kill by Prince helped Lead-Deadwood stay within 20-13, but Douglas went on to win 25-17.

Lead-Deadwood used a Mollman serving ace to forge a 3-3 tie in the third game. The teams traded side outs before the Golddiggers tallied three straight points for a 7-5 edge.

A five-point run propelled Douglas to a 21-18 advantage on its way to the 25-21 triumph and match victory.

“We were able to get a lot more touches on our blocks,” Kappen said of the improvements Lead-Deadwood made from its most recent match (a four-game loss to Sturgis on Oct. 15) to this one. She added that improvement against Douglas made it easier for the back row to receive passes.

Kappen said that, overall, the Golddiggers did well in areas like setting, receiving serves, and serving.