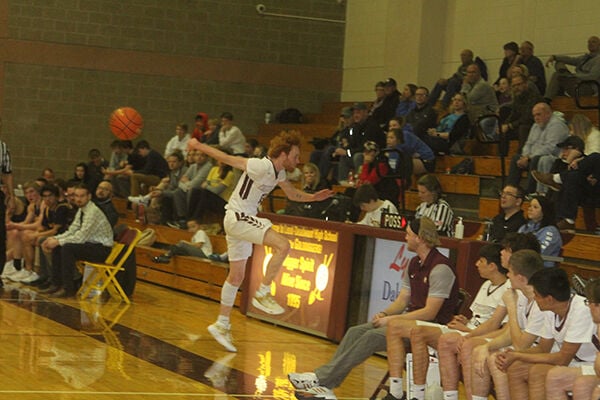 Lead-Deadwood’s TK Rainey flips the ball behind him and saves it from going out of bounds. Pioneer photo by Jason Gross 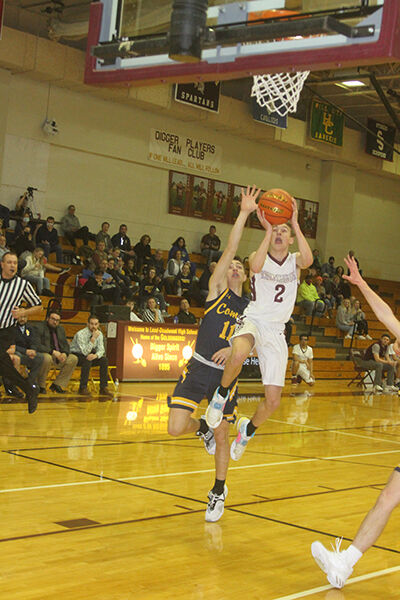 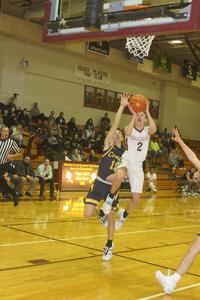 James Pierce of Lead-Deadwood is fouled as he goes up for a shot. Pioneer photo by Jason Gross 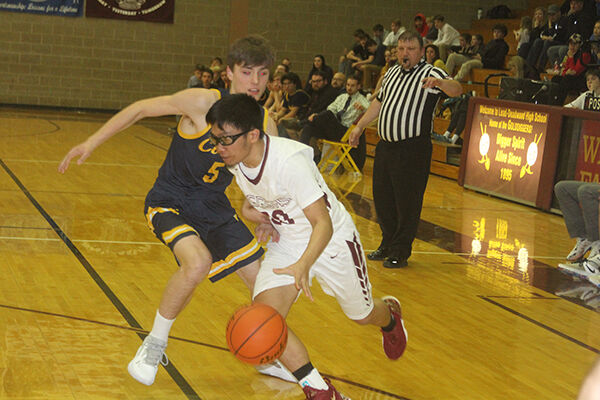 Lead-Deadwood’s TK Rainey flips the ball behind him and saves it from going out of bounds. Pioneer photo by Jason Gross

James Pierce of Lead-Deadwood is fouled as he goes up for a shot. Pioneer photo by Jason Gross

“I thought their attitudes were good. I felt like they worked hard,” said Golddiggers’ head coach Travis Rogers, whose team fell to 3-14 on the season.

TK Rainey connected from 3-point range to give Lead-Deadwood a 3-2 edge. The visiting Comets tallied the next five points, with Avery Wipf’s jump shot putting Rapid City Christian ahead 7-3.

Lead-Deadwood used a free throw and later 3-point field goal from Mekieh Hon to offset a Comets’ 3-point goal and stay within 10-6. A James Pierce free throw helped the Golddiggers cut the margin to 10-7.

Rapid City Christian led 14-7 before Kurt Primo converted a layup that enabled Lead-Deadwood to stay within 14-9. The Comets used a 5-0 run to end the quarter and claim a 19-9 lead.

“I felt our defense was pretty good that first quarter,” Rogers said.

Lead-Deadwood opened the second quarter on a 5-2 run. Rocke Rainey’s two free throws helped the Golddiggers reduce their deficit to 21-14.

Rapid City Christian responded by scoring the next 12 points. Carson Glassbrenner’s short-range jump shot capped the run and gave the Comets a 33-14 advantage.

Rocke Rainey and Crew Rainey connected from the free throw line to end the Golddiggers’ first-half scoring. Rapid City Christian held a 39-16 lead at the break.

“They (Comets) made some adjustments and kind of figured it out,” Rogers said in describing the second stanza. “We tried to do some other things, but they didn’t work quite as well.”

Lead-Deadwood is scheduled to visit Custer this Thursday, Feb. 18.