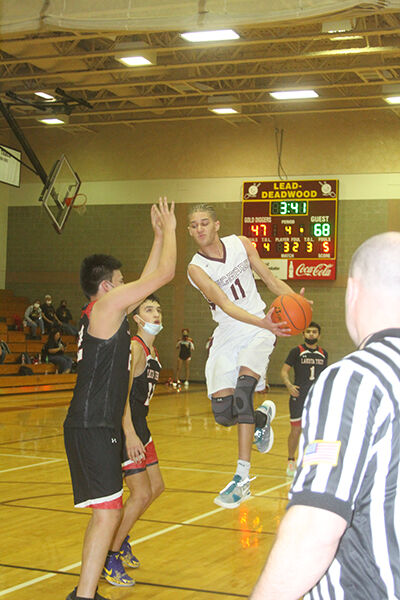 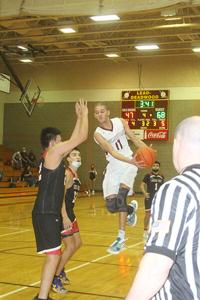 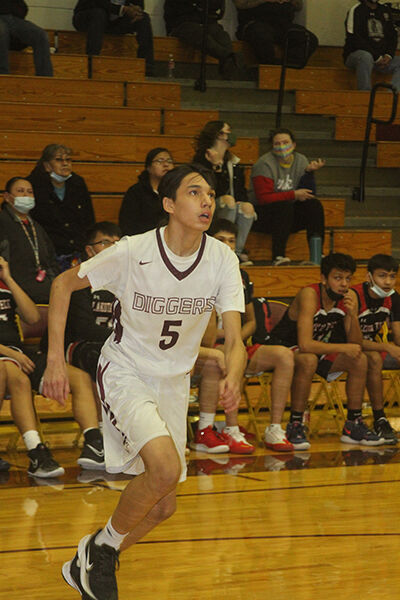 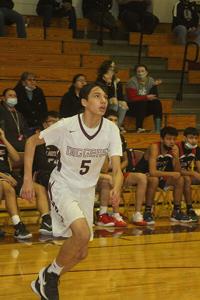 Geno Claymore of Lead-Deadwood gets ready for a play in the lane. Pioneer photo by Jason Gross 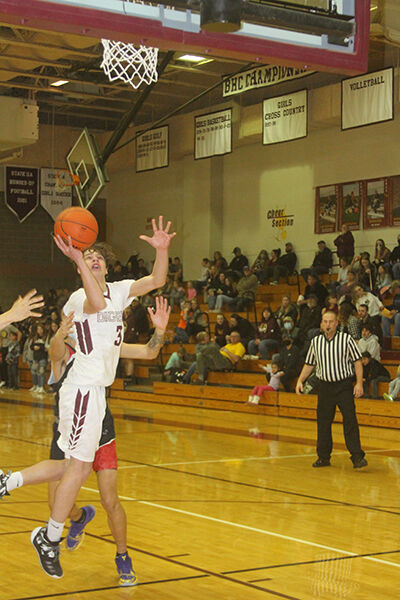 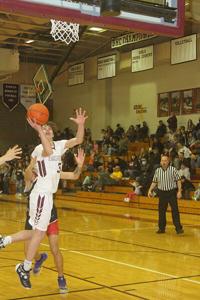 Geno Claymore of Lead-Deadwood gets ready for a play in the lane. Pioneer photo by Jason Gross

“We shot the ball better tonight than we have for a while,” Lead-Deadwood head coach Travis Rogers said. “The big guy (Lakota Tech’s 6-foot-8 center/forward Trey Yellow Boy) hurt us inside, and we didn’t really have an answer for that other than just try to double him.”

The visiting Tatanka held an early 5-3 lead. Mekieh Hon’s 3-point field goal started a 7-0 run for Lead-Deadwood; James Pierce connected on a jump shot as the Golddiggers went ahead 10-5.

Lakota Tech used a 13-2 run to open the second period. Quincy Means connected on a short shot as the Tatanka built a 34-20 advantage.

Pierce’s jump shot closed the second quarter for the Golddiggers, who trailed 39-24.

Primo’s 3-point field goal with just over two minutes left in the quarter enabled Lead-Deadwood to close the gap to 48-41. Lakota Tech held a 54-45 advantage at the break.

Crew Rainey collected a team-high 17 points for Lead-Deadwood; his efforts included five 3-point field goals as Lead-Deadwood finished with 10 for the game. Hon chipped in with 11 points.

“In the second half, I felt like we did a better job of keeping his (Yellow Boy’s) scoring down,” Rogers said. “They’ve got so many good shooting guards on that team.”

Rogers said this was a good game for Lead-Deadwood. He added the players worked hard and did their best to slow down Lakota Tech.

“This is as good a game as we’ve played for maybe the whole season,” Rogers said. “This is a good basketball team that we faced.”

TK Rainey was assessed two technical fouls and is ineligible for the Golddiggers’ next game.

The Golddiggers will take a 3-16 record into the upcoming Region 7A/8A boys’ basketball tournament. Dates have yet to be announced, but Rogers said Lead-Deadwood will visit Bennett County.