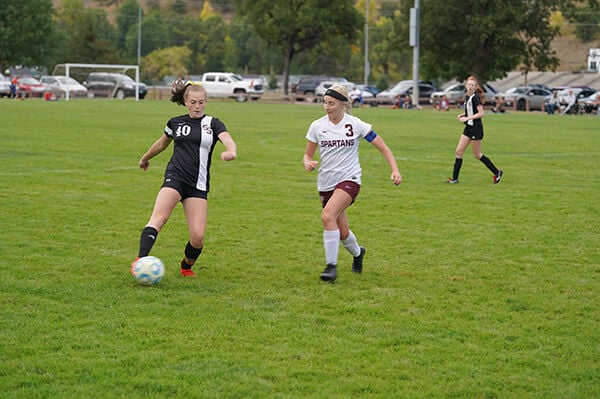 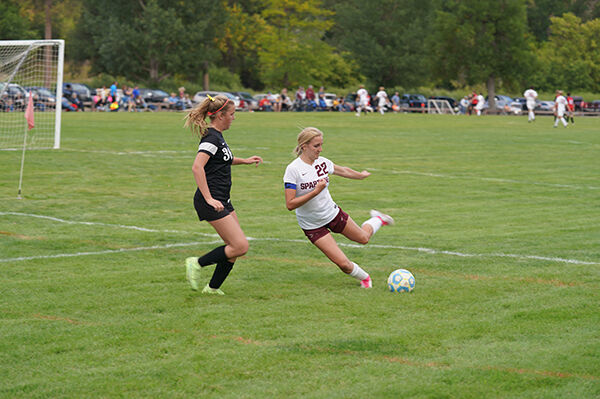 The Lady Spartans had two goals in the first half with 10 shots at Braelynn Moser, the Sturgis Brown goalie.

The Lady Scoopers had four shots at the goal.

In the second half of the game, Spearfish scored two more goals for the win, 4-0.

“We had periods that we played very well, we were able to move the ball, switch the point of attack, and those things are good,” said Justin Griffith, Spearfish’s head soccer coach.  “Our first touch defeated us at times, part of it was just the touch itself, and  some of it was our body position, and others was just trying to protect the sideline.”

“Our attack was balanced with four different players scoring, and I thought we were able to attack from different positions and that went well,” Griffith said.

Adam Fitzpatrick, Sturgis Brown’s head coach, said the team made adjustments at the half.

“We made some adjustments in the second half to slow the game down, pass with a purpose, and they went back out and did what we wanted, but the ball just did not find the back of the net,” said Fitzpatrick, Sturgis. “Spearfish did a great job moving the ball around and a great job.”