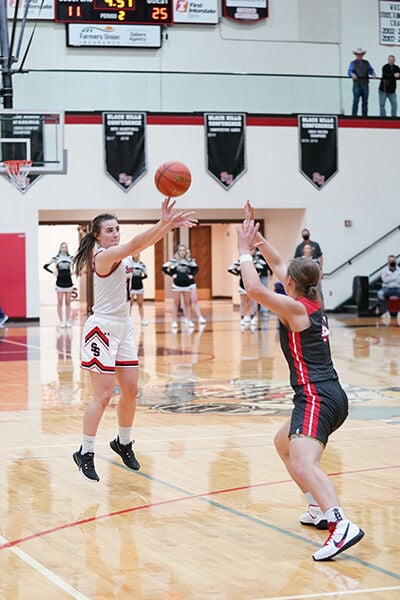 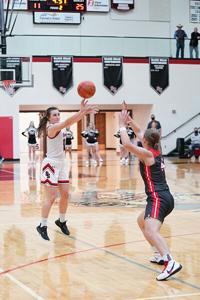 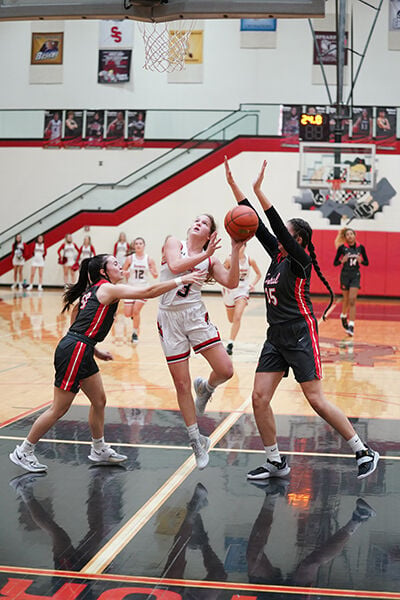 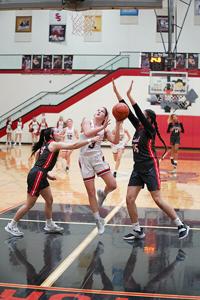 “Defensively, we just did not show up today, and I was disappointed with that and I know we can do better, the adjustments they made were not severe enough for us to give up that many points,” said Jordan Proefrock, Sturgis Brown’s head coach.

The first quarter ended with the Lady Cobblers in the lead 16-11, with Jordon Heckert scoring 12 of those points.

The Lady Scoopers struggled in the second and only scored six points while the Lady Cobblers scored 24 points, pushing the Rapid City Central lead to 40-17 at the half.  “We worked on some stuff with man to man and did well executing it and then they went to a zone and added pressure and we did not do well with that,” Proefrock said.

The third quarter score ended 57-22 in favor of the Lady Cobblers, with the Lady Scoopers being outscored by 12 points.

Payton Hedderman drained two 3-pointers, and two field goals in the fourth quarter, which help the Ladfy Scoopers outscore the Lady Cobblers 18-16 for the quarter, but Rapid City Central took the win, 73-40.

Rapid City Central had two athletes, Allison Richards and Sadie Glade, who were added to the roster since the last time the two teams played in December, and they combined to score 28 points for the Lady Cobblers.

“Those two ladies definitely got a hot hand and they felt really comfortable, and knocked down a couple big shots and it is amazing what that can do for a team, it gives them a lot of confidence,” Proefrock said.

The Lady Cobblers ended the game with 12, 3-point shots.

“It is hard to adjust to a hot hand, and then when are confidence is down anyway, that makes it even worse,” Proefrock said.

Leading scoring for the Lady Scoopers was Payton Hedderman with 10, Reese Ludwick with eight, and Sawyer Dennis with five.

Sturgis Brown shot 14 of 52 from the field, for 26 percent, and six of 14 from the free throw line, for 42 percent. The Lady Scoopers had 21 turnovers and grabbed 27 rebounds.

Rapid City Central shot 14 of 52 from the field, for 54 percent. They made six of seven free throws for 85 percent shooting. They had 15 turnovers, and hauled down 30 rebounds.

Their leading scoring for the Lady Cobblers was Jordon Heckert with 18, Allison Richards with 17, and Sadie Glade with 11.

The Lady Scoopers (4-5) are back in action tonight when they host the Spearfish Lady Spartans (2-6).