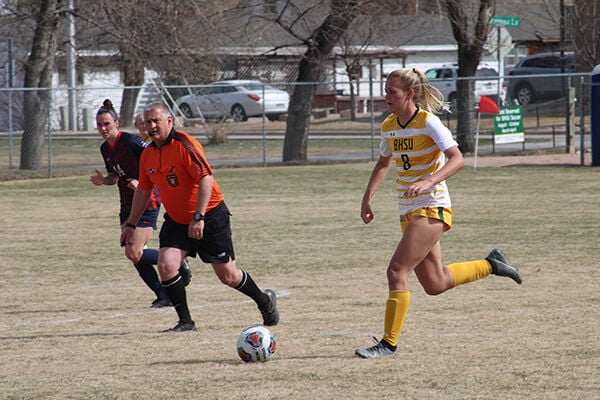 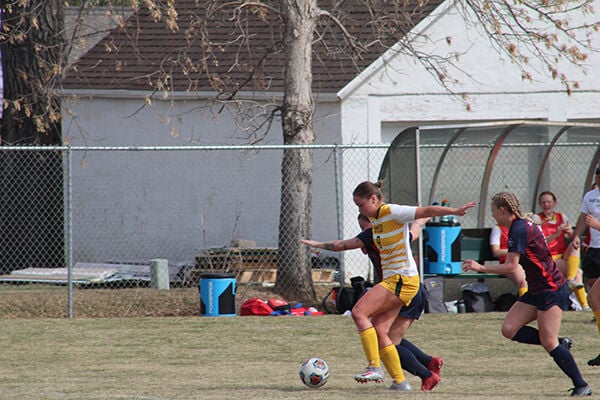 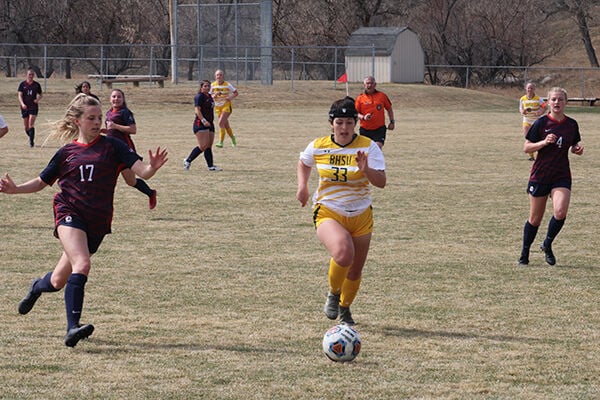 “I thought we came out pretty strong in the first half. We put pressure on their goal. We controlled the ball pretty well and created opprtunities,” said BHSU inerim head coach Justin Griffith. “The second half was another game. We weren’t able to possess the ball the way we were in the first half. They put a lot of pressure on our goal. They snuck one in and got a penalty kick. It was a tough loss, but I am proud of the team and their effort in the first half and the way they played, but today it just didn’t bounce our way.”

With 5 minutes 48 seconds left in the first half, Black Hills State’s Gabbi Nowodworski scored the first goal of the game to put the Lady Jackets on top 1-0.

That lead would be short lived as, a minute later, later Metro-State-Denver’s Annie Rolf scored on a breakaway goal to tie the score at 1-1.

The Lady Jackets had several opprtunies to score but failed to put the ball in the net, and the game remained tied 1-1 at the half.

In the first five minutes of the second half, Metro State’s Rolf scored and Luna Garcia scored on a penalty kick to put the Lady Roadrunners on top 3-1. That would be the final score of the game.

Black Hills State had only four shots on goal in the second half.

Metro State-Denver had 26 shots on goal in the second half.

They were supposed to host  Regis in the Senior Night home finale Sunday, but Regis has some COVID-19 issues and have shut down their program for 10 days.

Whether the game will be played or not will be determined later in the week.