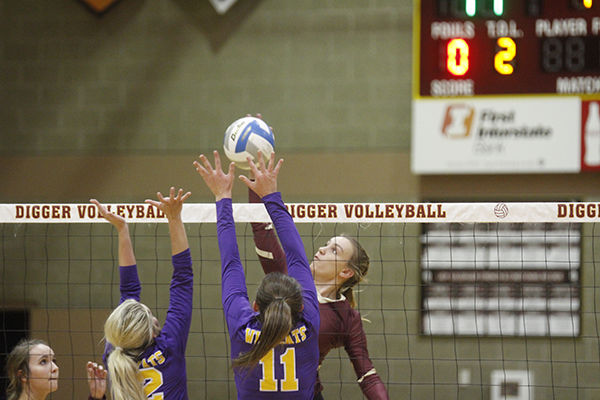 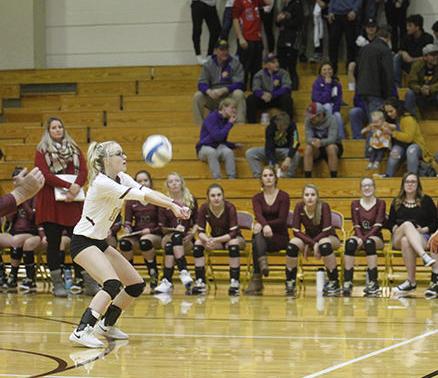 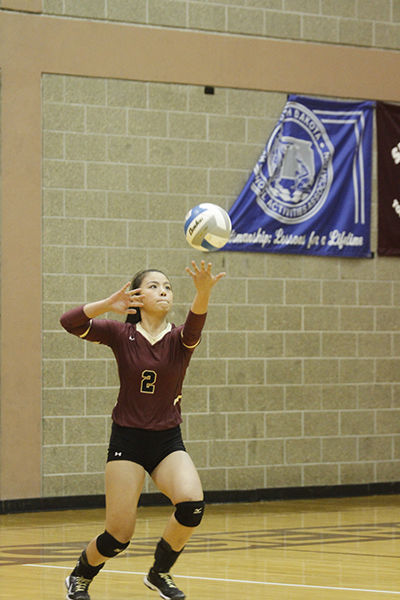 LEAD —  Lead-Deadwood defeated Custer three sets to one Tuesday night at the Lead-Deadwood High School gym, and reached the second round of the Region 8A volleyball tournament.

“We definitely knew where their (Custer) holes were on their defense,” Lady Golddiggers’ head coach Kim Hansen said. “We were just trying to expose that.”

Custer led 18-15 in the first game before Lead-Deadwood gained side out. Raygan Mattson’s block brought the Golddiggers within 18-17.

Mattson served an ace to push the Lady Diggers ahead 20-19. Natalie Janssen’s attacking kill boosted the edge to 21-19.

Kailee Bertrand and Janssen teamed on a block to give Lead-Deadwood the 25-20, first-game win.

The visiting Wildcats led 7-3 in the second game before Lead-Deadwood stormed back for a 15-11 edge. Rebecca Groeger served three aces to highlight a four-point run that extended the Lady Diggers’ advantage to 19-11.

With Lead-Deadwood ahead 22-14, Anna Campbell recorded an attacking kill and block to highlight a three-point run and secure the 25-14 win.

Groeger served three consecutive aces in the third game as Lead-Deadwood moved ahead 12-7.

An attacking kill by Mattson and serving ace by Anna Campbell put Lead-Deadwood 11-5 in the fourth game. Hannah Campbell served an ace to make the score 15-10.

Bertrand’s attacking kill in the fourth game gave the Lady Diggers side out and a 22-20 edge. The margin stayed at two points (23-21) before Anna Campbell and Jayna Prince recorded attacking kills to give Lead-Deadwood the 25-21 win and match victory.

“She has been our best server the last three years,” Hansen said in describing the senior. “She’s a very humble player, so when you see her get excited on the court, she knows she’s getting her work done.”

Lead-Deadwood will take an 18-11 record into Thursday’s match at top-seeded Hill City. The Lady Rangers, 27-3, had a first-round bye.

“We’re going to have to get low defensively and then be quick at the net,” Hansen said.