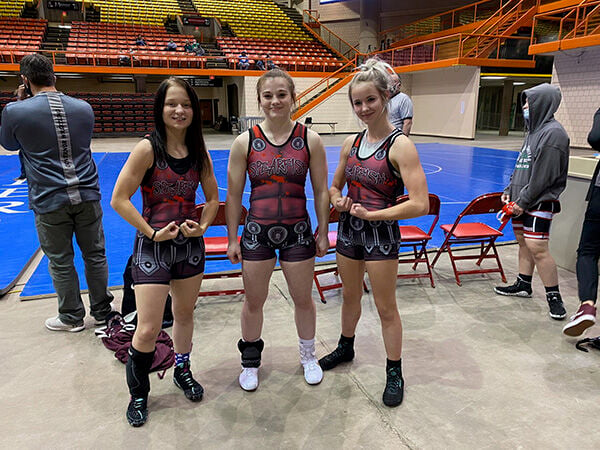 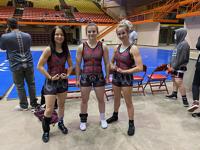 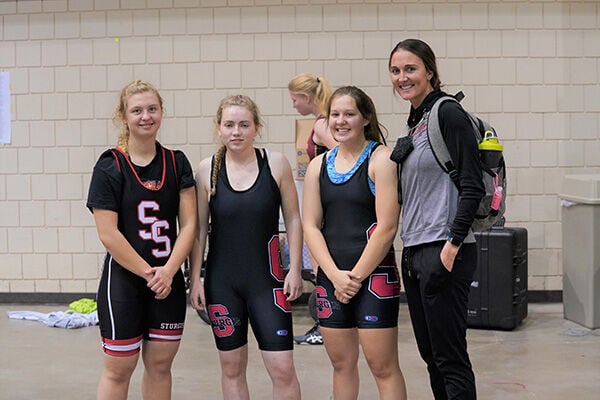 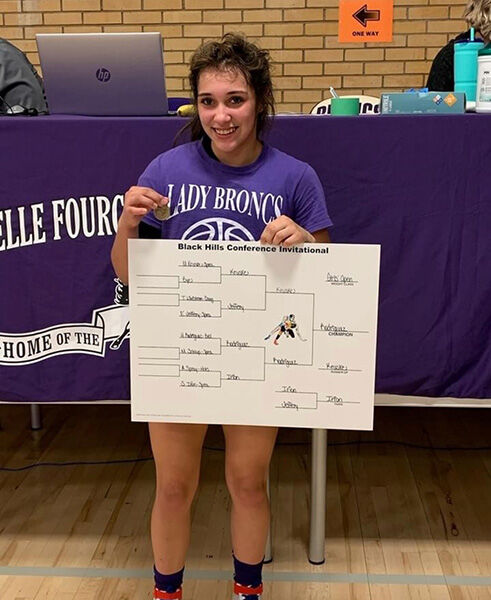 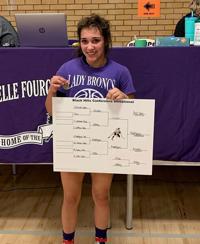 STURGIS — The South Dakota High School Activities Association approved and sanctioned girls wrestling at the board meeting in June 2020.

Girls wrestling will have a Class A and B division, the same as the boys.

“The conversation about girls wrestling started about two to three years ago with our wrestling advisory board, it was something that had started in neighboring states and region and it had gone really well,” said Dr. Dan Swartos, executive director of the SDHSAA. “There was a pretty healthy population of girls wrestlers in AAU and the younger ranks and then they got to high school and the girls division went away, so it was in front of the advisory committee two times and they fully supported it.”

At this time, there are 108 rostered girl wrestlers in the State of South Dakota.

The SDHSAA has 181 member schools with 91 of those schools offering wrestling to boys. The SDHSAA website indicates that 33 schools of the 57 schools that offered the opportunity to girls to wrestle have rostered lady wrestlers.

Todd Palmer, Meade 46-1 athletic director said, “The numbers of female athletes wrestling was growing throughout the state and that is likely why it was supported and approved by the High School Athletic Association.”

Area coaches were asked if much has changed with the addition of girls wrestlers now participating.

“I feel comfortable coaching the girls, it really hasn’t changed how we practice so coaching them is fine, we still live by our motto ‘Never Satisfied,” said Mike Abell, SturgisBrown’s wrestling coach. “I was fortunate to have a female, Ashley Abell, volunteer on the third day of practice this year and she helps in demonstrating moves and helps with practice. We still identify everyone as wrestlers and not guys or girls.”

“I like coaching girls. I had several on my team when I coached in Arizona, and I am comfortable coaching girls,” said John Bokker, Spearfish head coach.  “They are wrestlers and they are tougher than most people, but they are still girls,” Bokker added.

Rodriguez, has won her last seven matches, and has an overall record of 17-4.

“I feel comfortable with the girl in the room, it hasn’t changed the dynamics of our practice at all,” said Bill Abell, Belle Fourche’s wrestling coach. “I have been pushing for this a long time and think girls wrestling it is a great idea.”

Swartos talked about determining the weight classes and the state tournament.

“The plan all along was that we would establish those weight classes by January 31, and we are still on track with that,” Swartos said. “Each school had to provide the weight certification forms by Jan. 15, of the wrestlers and that is what will help determine the weight classes,” he added.

There will not be a regional tournament for girls, so the top eight seeds in each weight class will make the state tournament based on the same criteria used in boys, minus region placing, and some other criteria.

The state tournament is scheduled for Feb. 25-27, the same time and place as the boys tournament and will be completely integrated into the that tournament.

“We will add four girl brackets to the state tournament and they will go thru the rounds the same way as the boys,” Swartos said.

Statewide, 16 of 33 Class A schools have rostered girl wrestlers.  In the Black Hills Conference, eight of nine schools offered girls wrestling and six of the eight have participants.

“Girls’ wrestling is great for South Dakota. We hope to see the numbers increase every year,” said Bokker.

“We really want the sport of wrestling to flourish, and with some colleges cutting the program, we are always looking for ways to grow the sport, and adding girls is a great way to make that happen,” said Abell. “If participation would grow or maybe even double, that would help the sport, it would bring more people to the stands, many more people in the room, and it may be one of the fastest growing sport in the states,” he added.

All three area coaches said as numbers increase, it is likely they may need another coach.

Swartos commented on what he sees as the future of girls wrestling in the state of South Dakota.

“In every other state that has implemented this sport, the numbers have increased dramatically in the following year of implementation, so I would guess as we get this going, and it gets a foothold, it will grow in popularity,” said Swartos.  “We will continually look at weight classes, and from a school perceptive, if we start adding that many kids, they will need to look at how they run practice, coaching staff, it is a great problem to have, it means a lot more kids are involved and participating in sports.”