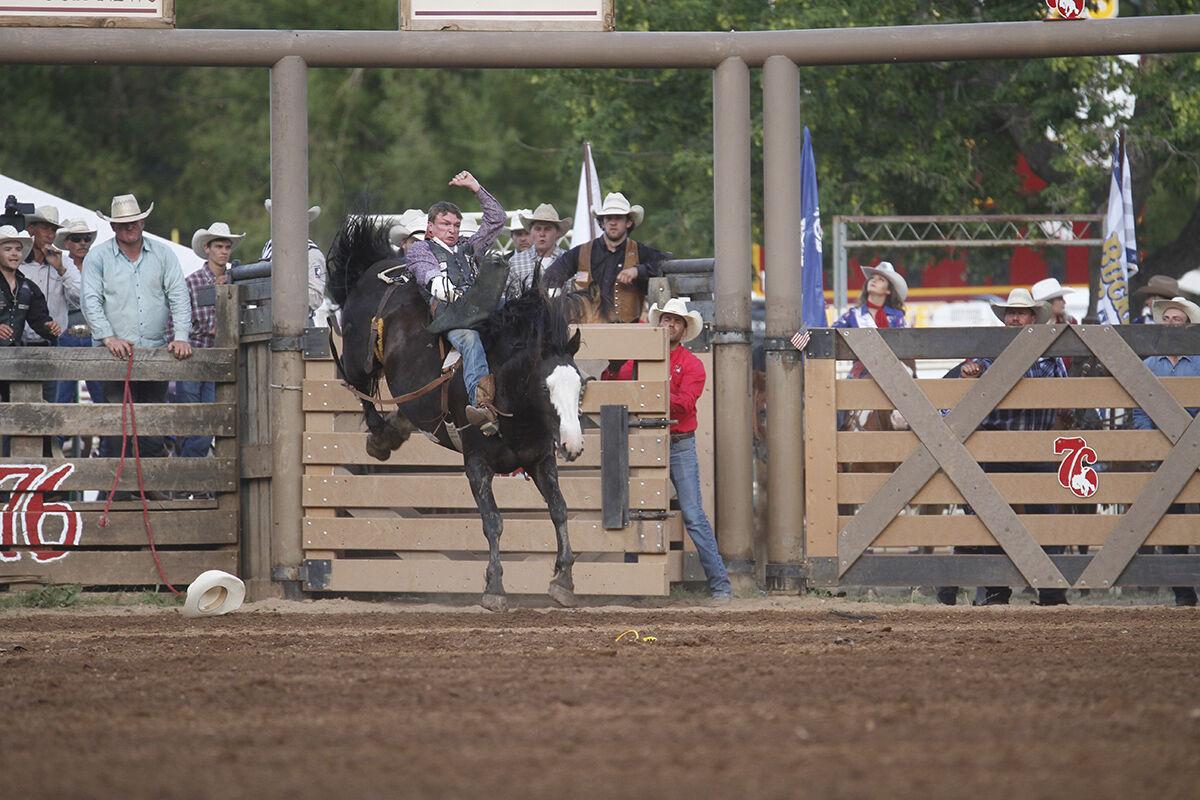 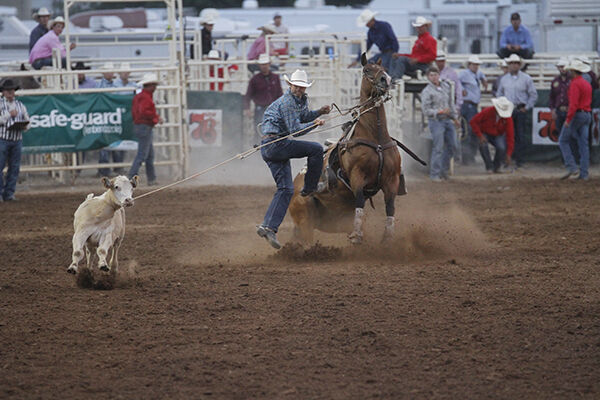 Tyler Prcin approaches the calf during a tie down roping go-round Wednesday evening. The competitor from Alvord, Texas, turned in a time of 10.7 seconds. Pioneer photo by Jason Gross 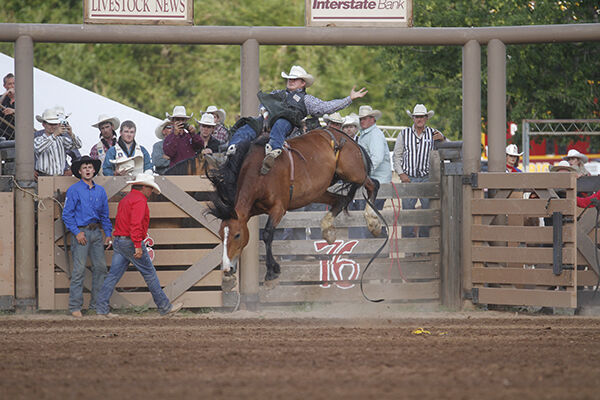 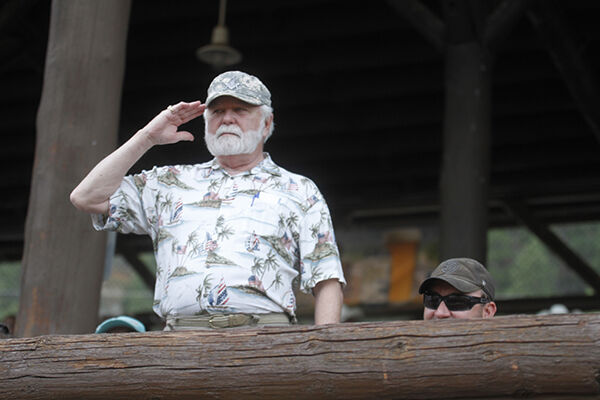 Tyler Prcin approaches the calf during a tie down roping go-round Wednesday evening. The competitor from Alvord, Texas, turned in a time of 10.7 seconds. Pioneer photo by Jason Gross

DEADWOOD — Timed event slack ensures that rodeo competitors not part of the PRCA rodeo performance have an equal chance of vying for the title.

Jake Pratt of Ellensburg, Wash., now living in Stephenville, Texas, was one of roughly 110 entrants in Wednesday’s tie down roping slack. He turned in a time of 8.4 seconds.

“I got a really good start, and I would say I just had an average calf,” Pratt said. He added he got back his horse that he used at the 2018 NFR.

Pratt, 32, has competed professionally for 10 years. His parents said he wanted to be a cowboy when he was born.

Ellensburg is a huge farming and ranching community, along with some logging.

As for the decision to compete professionally, Pratt said, “It’s all I ever wanted to do.” He entered the University of Wyoming on a rodeo scholarship and transferred to Southeastern Oklahoma State two years later, as per his plan.

Being away from his wife and children (ages 5 and 6) poses the biggest current challenge for Pratt.

“Before all that happened, there was nothing hard; just making sure you had enough money to go to the next rodeo,” he said.

Hard work and family support have played the biggest role in Pratt’s success.

“We never grew up with a lot, but we always got what we needed,” he said. “We just worked and got it.”

radically affected everyone’s schedules. Pratt said the effect on him was mostly mental because of the uncertainty.

“If we weren’t rodeoing, I need to be working to keep income coming in,” Pratt said.

He was all set to compete in Houston, Texas, in the Super Series when the pandemic began. That rodeo, like so many others, was canceled.

He spent a lot of time working on the ranch and was not practicing as much as he typically would.

As for getting back into the swing of things, Pratt said, the timing was the most difficult.

“Everybody’s so good nowadays,” he said. “If you’re one-tenth (of a second) off, there you go. You’re out of the money.”

This marks Pratt’s second year in Deadwood. He loves this rodeo, and his father-in-law (Herbert Graham) owns a hotel in town.

The season thus far has been fine for Pratt. “I’m not where I want to be, but that doesn’t mean that I’m not going to get there,” he said.

One of his goals centers on trying to set things up for next year, when the current situation hopefully goes away.

“Lots of hard work: lots of practice,” Pratt said when asked about the proper tie down roping mentality. “Just the timing of everything, and your horse, and being there when the calf gets up.”

“It was the coolest experience of my life to date,” he said in recalling 2018. “It was a dream come true, and I don’t feel like I’m done yet.”

Pratt plans to compete in Burwell, Neb.; and Fredonia, Kan., before returning to Stephenville to help his son celebrate his 5th birthday.

Updated standings will run on Friday.