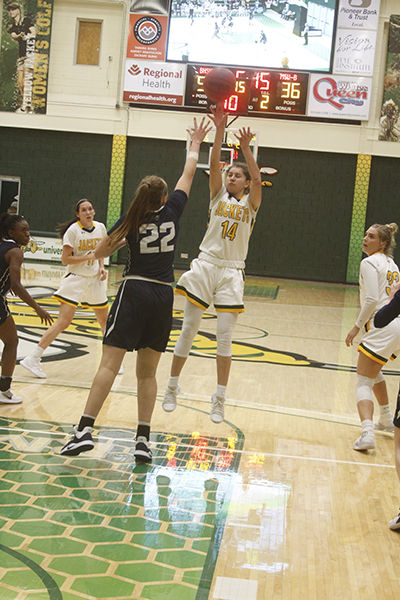 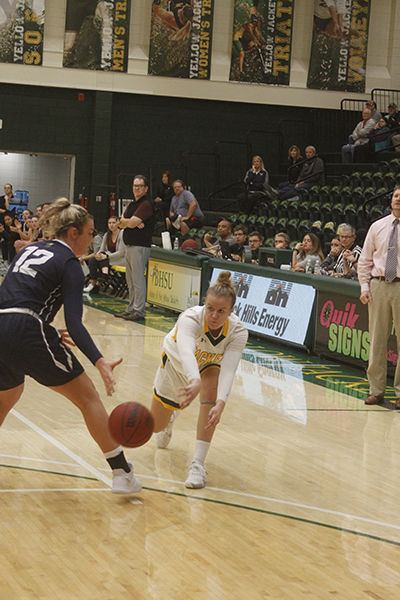 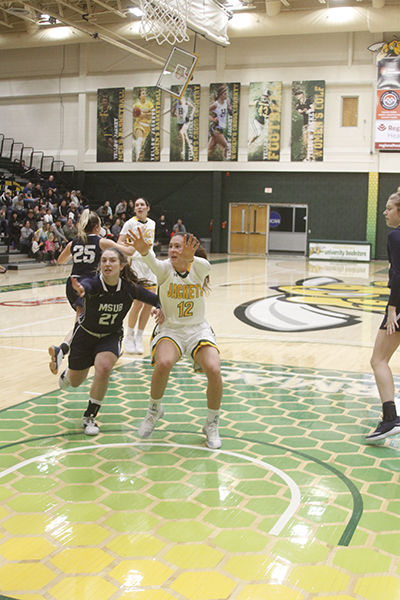 “We had a great job with the bench coming in and getting us going,” said Black Hills State head coach Mark Nore

Hannah Collins connected on a short shot as MSU-Billings stormed out to a 9-2 lead.

MSU-Billings scored six of the first eight points in the second quarter. Collins’ layup brought the visitors within 19-15.

Cody Robinson and Martinez combined for seven points as Black Hills State opened a 32-17 advantage. The Yellow Jackets went on to lead 37-22 at halftime.

Black Hills State opened a 41-22 lead early in the third period on Wientjes’ field goal. She converted a short jump shot as the advantage reached 20 points, at 45-25.

MSU-Billings tallied six of the next eight points but trailed 49-31 going into the final quarter. The visitors closed the margin to 54-42 before Black Hills State netted six free throws to secure the victory.

“We got a little stagnant offensively and never really could get into any kind of rhythm,” Nore said.

Nore praised Switzer for her efforts on defense and said she guarded the ball very well. He added that Morgan Ham and Martinez also played good games.

The Yellow Jackets return to action this Friday when they play at Northern State in Aberdeen.