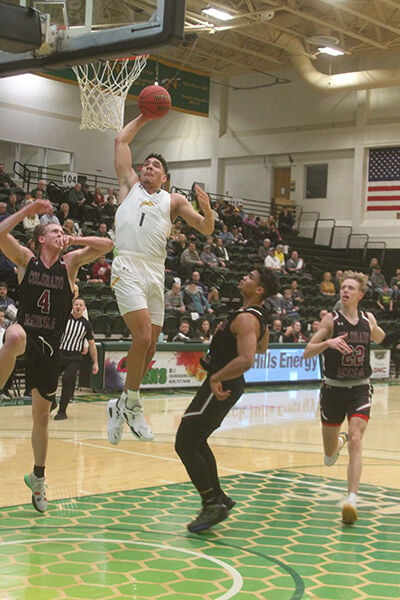 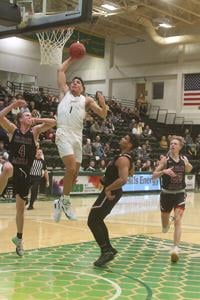 Black Hills State University’s Joel Scott prepares for a slam dunk to end the first half of Sunday’s game and give the Yellow Jackets a 40-33 advantage. Pioneer photo by Jason Gross 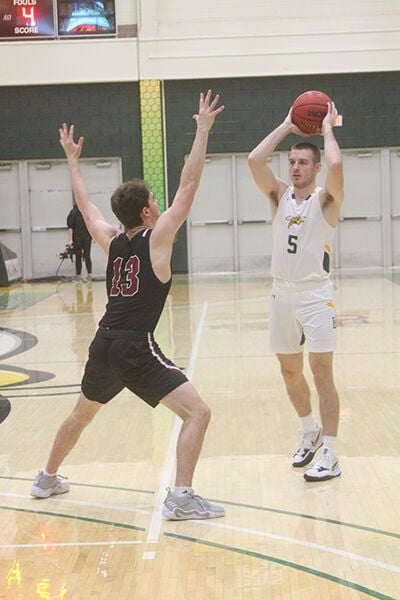 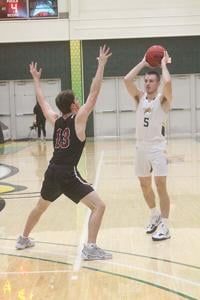 Black Hills State University’s Joel Scott prepares for a slam dunk to end the first half of Sunday’s game and give the Yellow Jackets a 40-33 advantage. Pioneer photo by Jason Gross

“We finished the first half really well and brought all the momentum in the world into the locker room,” said Yellow Jackets’ head coach Ryan Thompson, whose team fell to 7-1 in the RMAC, 9-4 overall. “They (Colorado Mesa) flipped the switch in the second half, so credit to them.”

The visiting Mavericks built a 12-6 lead in the first half on a Blaise Threatt basket.

Black Hills State used an 11-0 run to storm ahead 35-27. Kirsch, Scott and Moussa entered the scoring column during that stretch.

“I felt like we were a little flat to start the game and to start the second half,” Thompson said. “That starts with me; there are no excuses for that.”

The Yellow Jackets cut the margin to two points on four occasions during the next three minutes. Donovan connected from inside with just over six minutes left as Black Hills State trailed by only 60-58.

Threatt completed a three-point play to begin a 12-0 run for Colorado Mesa. Jared Small’s jump shot ended the run and put the Mavericks ahead 72-58.

Black Hills State got no closer than nine points after that.

Thompson said Colorado Mesa played a bit harder than Black Hills State and sustained its effort for the entire 40 minutes. He added it seemed like the Yellow Jackets turned it on and off at times, especially on defense.

Colorado Mesa’s game plan included having a larger player guard Moussa, along with switching ball screens with Scott and Moussa, according to Thompson.

“We found some answers with Joel (Scott) inside, but we really didn’t capitalize on that enough,” Thompson said.

Colorado Mesa has won six straight conference games. The Mavericks are now 7-2 in the RMAC, 13-5 overall.

Black Hills State is scheduled to travel to Gunnison, Colo., for a Friday, Jan. 14 game at Western Colorado. These teams met in the RMAC opener Dec. 3 in Spearfish, with the Yellow Jackets prevailing 85-80.