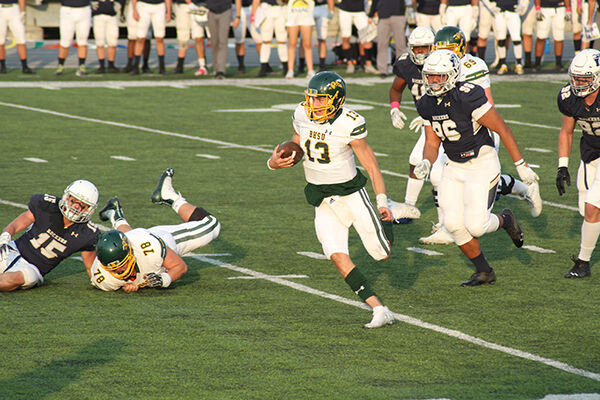 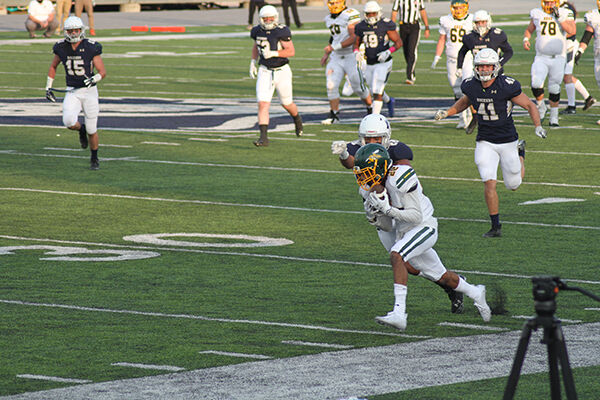 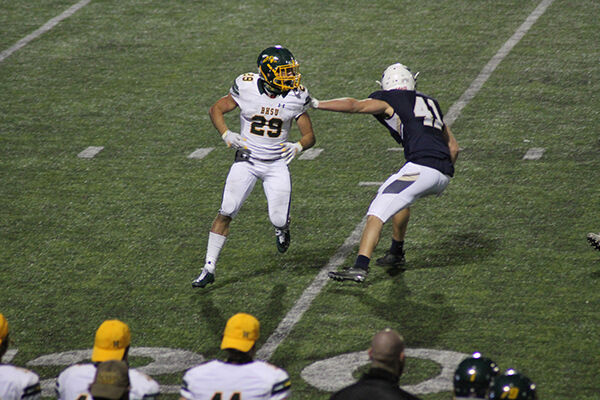 “We didn’t deserve to win with the way we played,” Yellow Jackets’ head coach Josh Breske said. He added South Dakota Mines played a good game, and Black Hills State did not do so well.

South Dakota Mines took over at its 25-yard line and reached the Black Hills State 11. A field goal try was not successful, and the Yellow Jackets retained the lead at quarter’s end.

“We completed some balls (passes), and our run game seemed to be working at that point,” Breske said in describing the opening quarter.

The home standing Hardrockers got on the board in the second quarter on Jayden Johannsen’s 3-yard touchdown run. Enis Sefa’s kick pulled South Dakota Mines into a 7-7 tie.

South Dakota Mines was forced to punt on its next possession but recovered a fumble on the Yellow Jackets’ 25-yard line. Sefa kicked a 38-yard field goal as the Hardrockers led 10-7.

Black Hills State went three-and-out; the Hardrockers took over at the Yellow Jacket 42. Ahmad Lewis sprinted 42 yards for a touchdown, and Sefa’s kick increased the South Dakota Mines advantage to 24-7 at halftime.

“I think we got worn down a little bit,” Breske said when asked about the Hardrockers’ offensive line.

Black Hills State drove from its 20-yard line to the Hardrockers’ 5. Parks kicked a 22-yard field goal as the Yellow Jackets trailed only 24-17 going into the final quarter.

Sefa booted a 23-yard field goal early in the frame as the Hardrockers went ahead 27-17.

Lewis’ 17-yard touchdown run and Sefa’s kick gave South Dakota Mines a 34-17 lead midway through the frame. That stood as the final score.

Eben threw for 103 yards and a touchdown for Black Hills State. Keilar Harpham had one catch for 47 yards before a shoulder injury forced him out of the contest.

“The biggest thing is that we can’t fall apart as a team over one loss,” Breske said. He cited the importance of “looking in the mirror” and said he could have done some things better.

“They did a good job of getting to our quarterback,” Breske said in describing South Dakota Mines’ defense. He added the Hardrockers matched up well with the Yellow Jackets’ tight ends.

Breske said the team needs to continue working on the sport’s mental aspect as well as the physical.