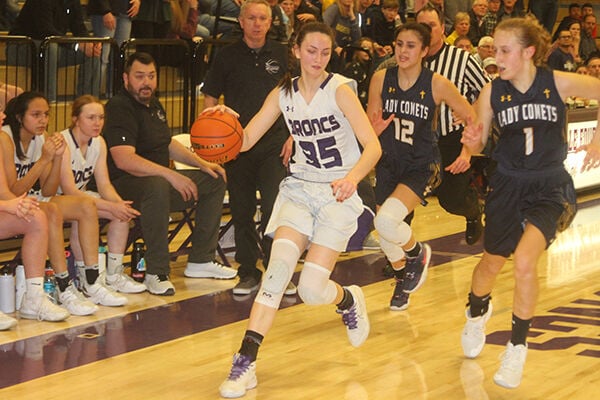 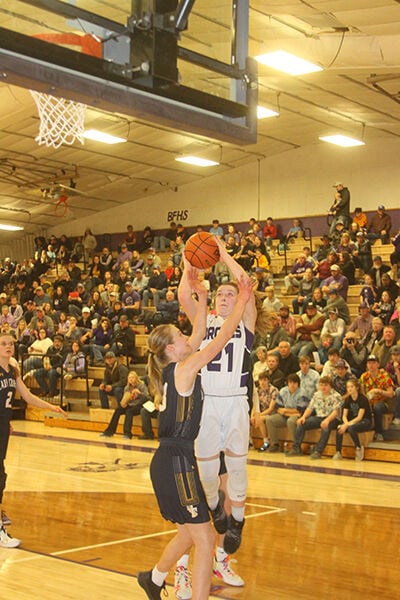 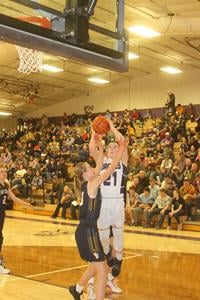 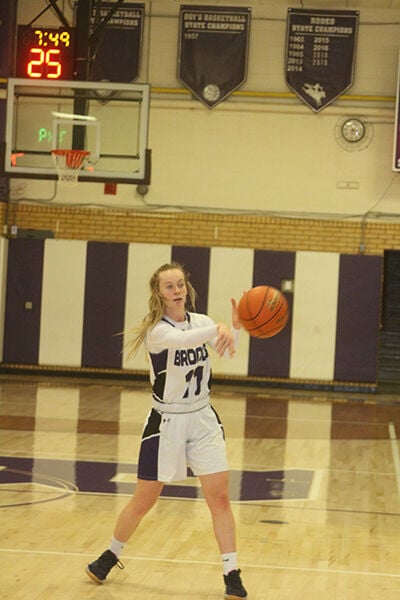 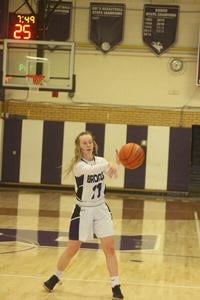 BELLE FOURCHE — A 14-2 run over the final 3 1/2 minutes vaulted Belle Fourche over Rapid City Christian 53-48 in a Region 8A girls’ basketball tournament game played Thursday evening at Edwin Petranek Armory. The victory enabled the Broncs (17-4) to advance to next week’s Class A SoDak 16 event.

“I talked to them about being more aggressive on the offensive side,” said Broncs’ head coach Bill Burr, whose team trailed 46-39 and took a time out. “We weren’t attacking the ball; we were being too careful and swinging it too many times instead.”

Chloe Crago’s short-range basket gave Belle Fourche a 5-0 lead. The visiting Comets cut the margin to 5-4, but Bella Jensen and Kaylin Garza added field goals as the Broncs stayed ahead 9-4. Belle Fourche led 9-7 at the break.

Crago and Jensen keyed a 7-3 run to open the second quarter for Belle Fourche. Jensen’s 3-point field goal put the Broncs up 16-10.

The Comets scored 12 of the next 15 points for a 31-27 lead. Abby Pierce connected twice from 3-point range.

Three 3-point field goals by Pierce highlighted a 9-2 run as Rapid City Christian led 44-36 in the final stanza. Morgan Swarthout’s basket kept the Comets’ edge at 46-39 and forced a Belle Fourche time out.

“We had cutters open, but we were not hitting them,” Burr said. “We were trying to protect the lead a little bit, and they (Comets) made a run on us.”

Dylan Stedillie sandwiched two baskets around two Jensen free throws as Belle Fourche sliced its deficit to 46-45. Jensen scored from inside as the Broncs edged ahead 47-46.

Following a Comets’ turnover, Jensen connected from close range to keep Belle Fourche up 49-46. Jensen and Garza netted two free throws apiece for a 53-46 lead. That allowed Belle Fourche to withstand a Comets’ basket at the buzzer.

Jensen poured in 26 points to lead Belle Fourche; 10 of those came in the fourth quarter. Crago chipped in with 10 points.

“It’s super,” Burr said of his team returning to the SoDak 16, set for Thursday, March 4. “This is one game away from going to the state tournament.

“We’ve got that chance now, and that’s what they worked on all year. We’ll see what we can do,” Burr added.

Burr said the Broncs are currently playing the best they can. He added they are getting up and down the court and playing well.

“As a group, this is one of the best we’ve had,” Burr said. “They support each other so well.”

The eight SoDak 16 matchups and sites will be announced at a later date.