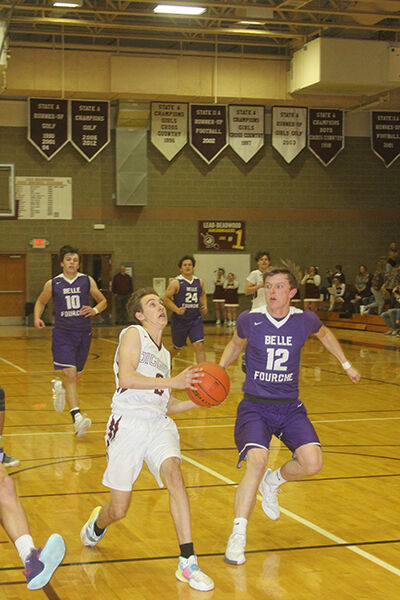 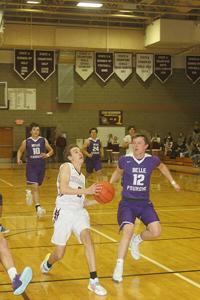 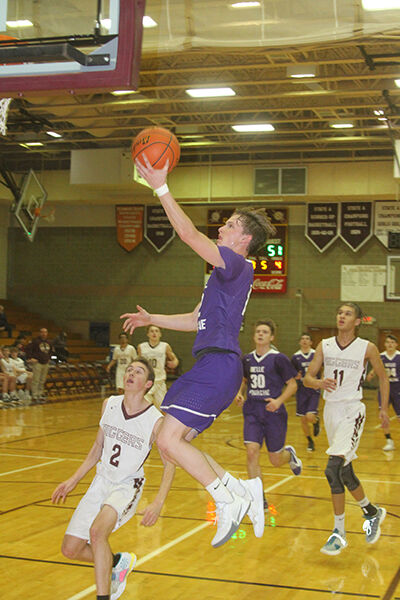 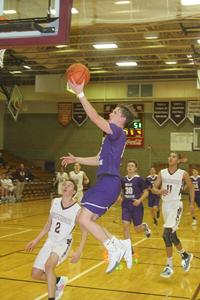 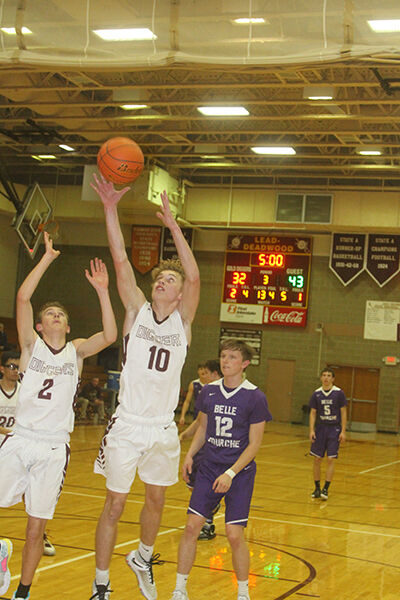 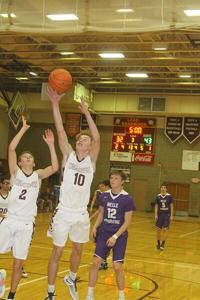 “This is the best we’ve played in the last several games,” Rogers said. “For the most part, I felt like the guys played hard.”

Gage Kracht’s 3-point field goal propelled Belle Fourche to an 8-2 lead. Crew Rainey scored from inside to cap a 6-0 run and pull the Golddiggers into an 8-8 tie.

Lead-Deadwood claimed a 13-12 edge when TK Rainey connected from inside. Lan Fuhrer’s steal and layup capped a four-point run to put the visiting Broncs up 16-13 at the break.

Rocke Rainey made two 3-point field goals to highlight an 8-4 run that kept Lead-Deadwood within 27-21.

The Broncs led 30-21 before James Pierce and Mekieh Hon scored from short range. Hon’s basket allowed the Golddiggers to stay within five points, at 30-25.

Fuhrer’s 3-point field goal capped a 6-1 run that ended the first half for Belle Fourche, who led 36-26.

“We had some turnovers in the second quarter that kind of got us in a hole, and we couldn’t dig our way out,” Rogers said.

The Broncs opened a 42-28 lead in the third quarter as Heck and Kracht connected from 3-point range. Crew Rainey and Rocke Rainey scored to keep Lead-Deadwood within 42-32.

With the Broncs leading 48-32, Hon and Crew Rainey recorded field goals for Lead-Deadwood. Rainey’s effort brought the Golddiggers within 48-37, but they got no closer.

Rogers said the Golddiggers played hard defense and had some shots fall. He added the team is on the right track.

According to Rogers, the Golddiggers were able to keep some starters in the game longer than was previously the case. He said the team’s bench is improving partly because the squad had to work through injuries.

Pottorff said Belle Fourche’s defense did not guard the ball well but forced some turnovers.

“I do like how aggressive we were in the passing lanes, but we have to get better at moving our feet and guarding that ball,” Pottorff said.

Lead-Deadwood will bring a 3-10 record into its next scheduled game on Tuesday, Feb. 2, when it hosts Spearfish.