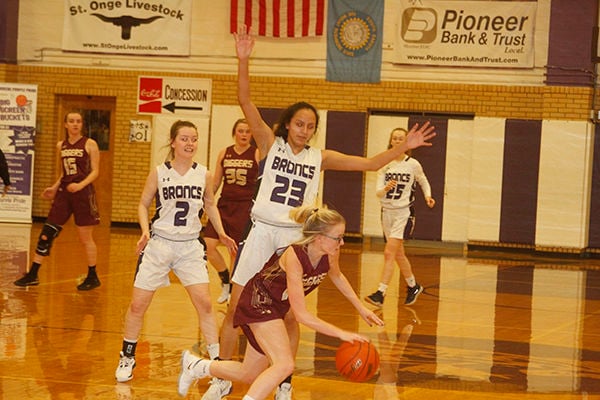 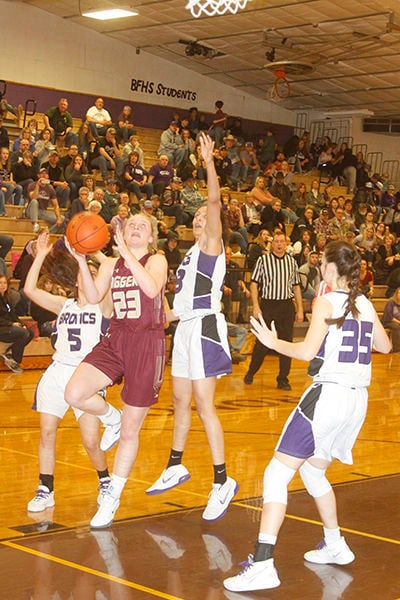 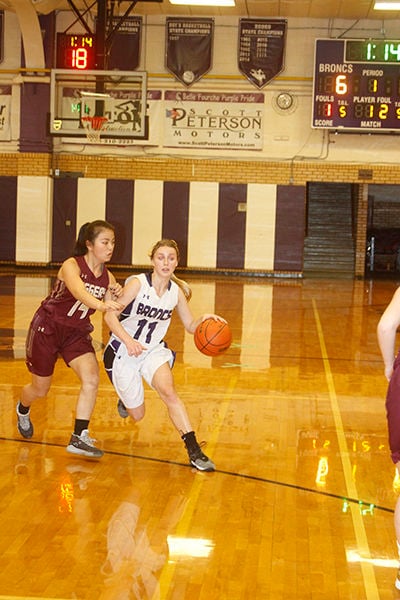 “Down the stretch, we had a couple of girls step up and make a couple of big shots,” Belle Fourche head coach Bill Burr said. “We shot the ball terribly tonight (13 for 53 from the field); that’s the worst we’ve shot this year.”

Natalie Janssen connected from the field as the Golddiggers forged an 8-8 tie. Garza’s basket put Belle Fourche ahead 10-8 at the break.

Dylan Stedillie connected from 3-point range to extend the Broncs’ advantage to 40-33. Lead-Deadwood collected four of the next five points but trailed 41-37.

Anna Campbell made the first of two free throw attempts to keep the Golddiggers within 41-38. She missed the second attempt, but Janssen rebounded and scored to make the score 41-40.

Fischer’s jump shot with 17 seconds left kept the Broncs ahead 43-40. That allowed them to withstand a buzzer-beating basket.

Jensen tallied 13 points for Belle Fourche, which also received 10 points and 10 steals from Fischer. The Golddiggers received a game-high 20 points from Anna Campbell.

“When you have games where you run into that: where you can’t make anything, nothing goes in, you just keep working defense,” Burr said. “I thought we played pretty good defense.”

“I thought both teams really played their hearts out,” Hansen said. “There was some really good defense on both sides.”