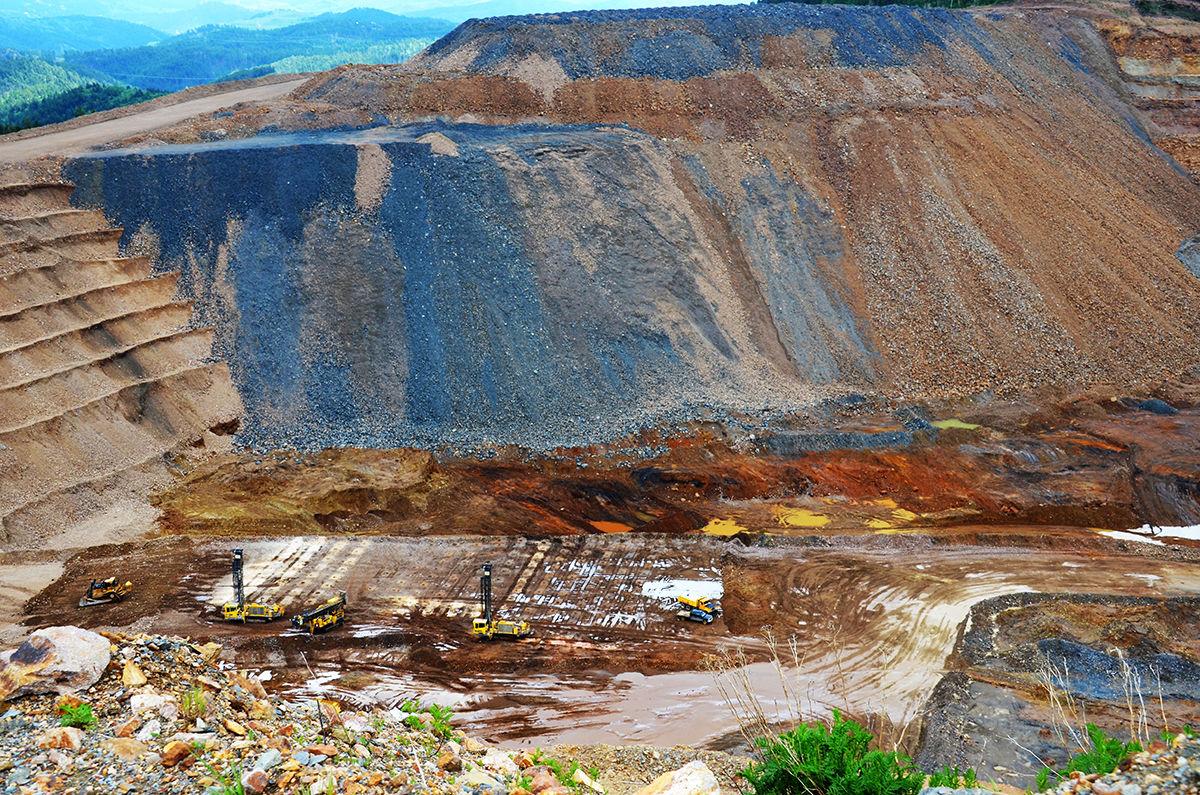 Coeur Wharf, the Black Hills’ only large-scale gold mine, plans to drill up to 125 exploration holes this year to test the area surrounding the Richmond Hill Mine for potential of expanding Wharf’s mining operations. Pioneer file photo by Jaci Conrad Pearson 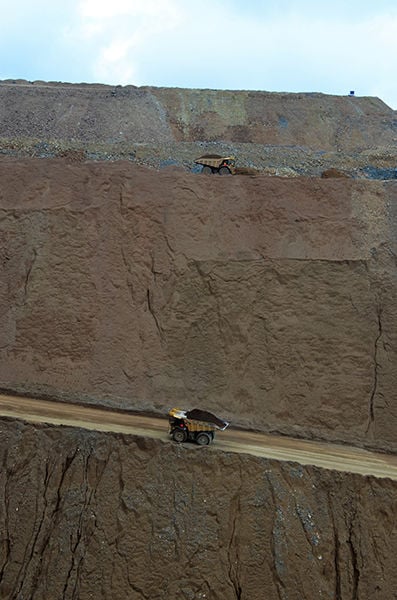 Coeur Wharf, the Black Hills’ only large-scale gold mine, plans to drill up to 125 exploration holes this year to test the area surrounding the Richmond Hill Mine for potential of expanding Wharf’s mining operations. Pioneer file photo by Jaci Conrad Pearson

DEADWOOD — The Black Hills’ only large-scale gold mine is seeking the feasibility of expanding its operations.

Coeur Wharf filed a notice of intent to conduct mineral exploration operation with the South Dakota Department of Environment and Natural Resources in July, with plans to begin searching for gold and silver in an area adjacent to the current mining operation this month.

“It’s a regular process all mines do as part of normal business with the desired intent and purpose of replacing reserves and extending mine life,” Zietlow said. “The planned exploration is part of Coeur’s ongoing focus on investigating prospects near its existing mines and is related to an agreement between Barrick Gold and Coeur Mining. All of the planned exploration will occur on private lands owned by Barrick. The exploration is anticipated to occur over a two-year period and, if successful, could provide an opportunity to utilize existing infrastructure and extend the life of the nearby Wharf Mine.”

Currently, the mine’s life expectancy is estimated at seven years, and Wharf continues to mine in the Green Mountain/Portland Ridgeline area.

The exploration area is located approximately six miles northwest of Lead, on private land southeast of and immediately adjacent to portions of the reclaimed Richmond Hill Mine.

The project consists of drilling up to 125 holes using reverse circulation drilling methods. Drill holes will not exceed 800 feet in depth. Drill pads will average 20 feet by 40 feet. Mineral exploration and gold mining has been conducted over portions of this property in the past and existing roads and trails will be used whenever possible to minimize new disturbance. Exploration will involve using approximately 7,600 feet of existing reclaimed trails and constructing approximately 8,500 feet of new trails.

In regard to any indication of mineral potential in the area, Zietlow said the Black Hills are mineralized in many areas, hence their abundant history of previous mining since the late 1800s.

“Determining between mineral potential and an economic ore deposit is where exploration comes into play,” Zietlow added.

The EXNI document filed with the state indicates that none of the areas proposed for exploration drilling by Wharf Resources are located on or will impact any of the lined or capped facilities at the reclaimed Richmond Hill Mine.

According to the document, “Based on the negligible extent of disturbance associated with the type of exploratory drilling proposed by Wharf Resources and the requirement for them, per state law, to immediately plug all test holes, no acid rock drainage issue will occur as a result of the proposed exploratory drilling.”

When asked what would indicate a “go” for additional mining in the project area, Zietlow said the formulation for that determination is complicated.

“A simple answer to that question would be convenient, but in reality it’s far, far more complex than that,” he said. “The degree and grade of any ore deposits, their depth, their extent, amenability to recovery, infrastructure needs, equipment and personnel needs, etcetera, all come into that decision tree regarding a project’s feasibility, and require several years of substantial effort and cost to determine if a project is viable.”

According to the project application, all drilling and plugging of exploration holes will be conducted by a certified drilling contractor and adhere to all applicable South Dakota laws and regulations.

Reclamation will occur in the fall following the exploration season and largely be accomplished using bulldozers and backhoes or loaders for earthwork and either broadcast seeding or hydroseeding, depending on the location and equipment access. Seed mixes will be similar to those previously approved for the Richmond Hill Mine of the adjacent Wharf Mine in order to ensure consistency with existing county and state requirements.

Reclamation activities ae designed to return the land surface to approximate original topography and seed mixes are designed for sustained success at this elevation to ensure soil stability and forage and cover use for wildlife.

In 2018, there were only 0.27 newly affected acres due to much of Wharf’s current activities being on previously disturbed acreage, with a total of 1,229.7 acres affected year to date.

The Coeur mine is comprised of both Wharf and Golden Reward properties, with production wrapped up in the Golden Reward Harmony and Liberty pits in 2017.

Wharf mining in 2018 continued in the Green Mountain pit.

“Right now, this Green Mountain area is where all of our active mining is,” Zietlow said. “The projected mine life is seven years and we’re now basically going from east to west. We’re just about bottomed out in the Green Mountain area and will progress along the Portland Ridge Line and as the permits from 2011 show, all of our mining on the Golden Reward side is done now, so all we’re doing over there is backfilling and reclamation.”

“If we don’t have any significant weather delays, our plan right now has all of the backfilling on these last two pits at Golden Reward complete this year and then next year would be the actual reclamation and seeding.”

Wharf donated more than $130,000 to community groups, schools, and other local charities in 2018.