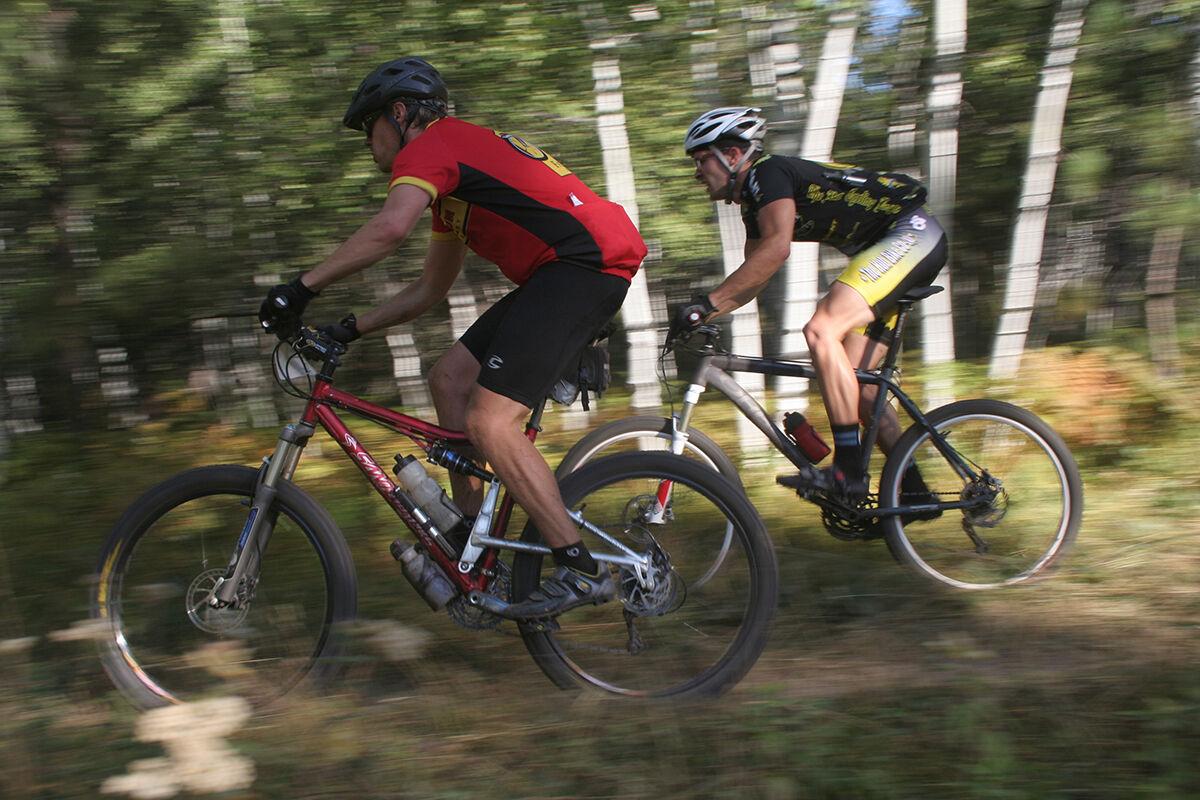 The Black Hills has one of the most populated multi-use trail systems in the country. The Pioneer has assembled a helpful etiquette guideline to keep in mind while enjoying the great outdoors. Pioneer file photo 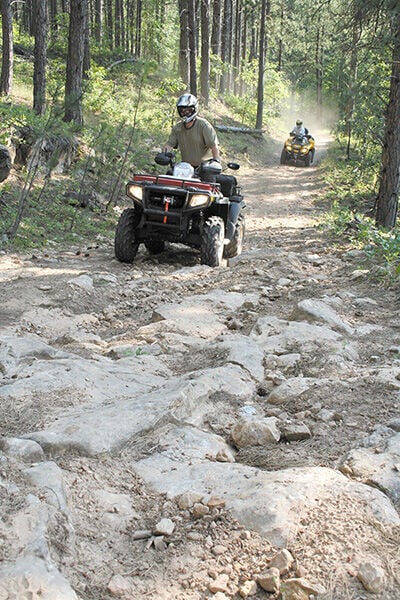 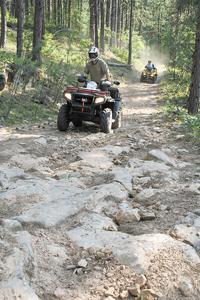 The Black Hills has one of the most populated multi-use trail systems in the country. The Pioneer has assembled a helpful etiquette guideline to keep in mind while enjoying the great outdoors. Pioneer file photo

SPEARFISH — As long summer days start stretching out along the the Black Hills and bring hoards of tourists and visitors with them, it’s important to remember the proper rules for sharing the more than 1,000 miles of multi-use trails throughout the forest.

Jacobson highlighted a few general guidelines to keep in mind while enjoying time in the forest.

Not only does it ruin the natural beauty of the forest, garbage left on trails can release toxins into the environment as it deteriorates, and poison wildlife if it is consumed.

“If you carry something in, carry it back out so people out trying to experience the forest don’t have garbage and things like that that they experience,” Jacobson said.

Along with the beautiful sights – babbling brooks, chirping birds, and cool mountain breezes through trees add to the grandeur of any visit to the Black Hills forest. If you’re listening to tunes while out for a jog, or taking a hike with a group of friends, respect the fact that some folks just want to enjoy the symphony of nature.

What canine doesn’t love running free in the forest? It can be tempting to indulge your beloved doggy and let them loose to enjoy the trail ahead of you, but keep in mind not all people are dog people. And with all the sights, smells, and stuff in the forest, it can be easy for even the most well behaved pooch to become over stimulated and forget their training. Better to just keep Fido on the leash and visit one of the many off-leash dog parks in the area.

“So people don’t have to worry about getting chased by some else’s dog, or their dog getting encountered with another dog,” Jacobson said. “(Also) clean up after your pets.”

There are so many different ways to enjoy a non-motorized trail in the Black Hills – jogging, walking, horseback riding, biking, there are even some skate boards making their way onto the scene. No matter what you choose, you’re almost guaranteed to come upon someone moving a little bit slower than you. A simple, “on your left,” as you pass can go a long way to not startle your fellow naturist as well as avoid potential hazards.

“If you’re encountering a horseback rider you want to heed away so the horse doesn’t have to go off trail, or if you’re a mountain biker coming up on a group of people maybe just let them know that you’re ahead or behind,” Jacobson suggested.

Remember the hiking hierarchy: wheels yield to feet (bikes and ATVs yield to hikers and horses), and feet yield to hooves (hikers yield to horses.)

Respect the wildlife as well

The Black Hills are home to a wide variety of animals, most of which are harmless and will avoid people when given the choice. Still, it’s always a treat when spotting a deer or even a friendly squirrel scampering across your path.

“Don’t chase deer, or allow your dog to chase animals,” Jacobson said. “A lot of people want to see wildlife. We think it’s important that wildlife are let be and let them do their thing.”

If you do happen to encounter something with a bit more teeth and claws, such as a mountain lion, the South Dakota Game, Fish, and Parks recommends not running away as it can trigger a predatory response. Instead, try to shoo the animal away by throwing rocks and sticks in its direction and intimidating the animal by looking big, however, if babies are around, it is better to just back away slowly and alert authorities.

Trails in the Black Hills are used in many different ways and range in complexity and skill levels. There are numerous online sources for researching what to expect on your visit, but keep in mind the forest is always full of surprises.

“Most trails are signed, at least at trailheads, indicating what type of use that those trails are,” Jacobson explained. “Anybody can use a motorized trail but motorized can not use non-motorized.”

Also, not all areas of the forest have cell service. Tell someone where you’re going, when you’ll be back, and be prepared for changing weather conditions.

People live within the Black Hills National Forest boundaries. Private lands and grazing cattle checkerboard the landscape throughout the trail system, it’s important to be ever aware of where you’ve been and where you’re going.

“We’ve had land owners that have addressed concerns with fences being cut, trespassing, gates left open,” Jacobson said. “From a Forest Service perspective we discourage that seriously. It’s a problem.”

Only burn fires in designated areas

Wild fires are a major concern every year in the Black Hills. But many potential hazards can be avoided by simply following one simple rule: only burn in designated areas.

“Dispersed camping is allowed, but dispersed campfires are not,” Jacobson explained. “The only approved campfires that can happen on the forest have to be in an approved fire ring on the federal land, those are all in campgrounds.”

You can still enjoy a rustic campsite cookout, however, as stoves with fuel canisters are allowed.

Jacobson said this year is looking to be a banner year for visitors to the forest, and with so many different kinds of adventures to choose from, we all have a part in keeping it safe and enjoyable for everyone.

“This is a multiple use forest, probably one of the busiest multiple use forests in the country. People are finding that out and they’re coming here. Be patient with others, enjoy your time and hopefully we can all get along and enjoy the Black Hills together.”

For a comprehensive look at outdoor recreation etiquette, Jacobson recommends visiting www.treadlightly.org. To report any concerns about the Black Hills National Forest, contact the local district office by calling (605) 642-4622. To report concerns about wildlife in the Black Hills, contact the South Dakota Game, Fish, and Parks Department’s local office by calling (605) 394-2391.