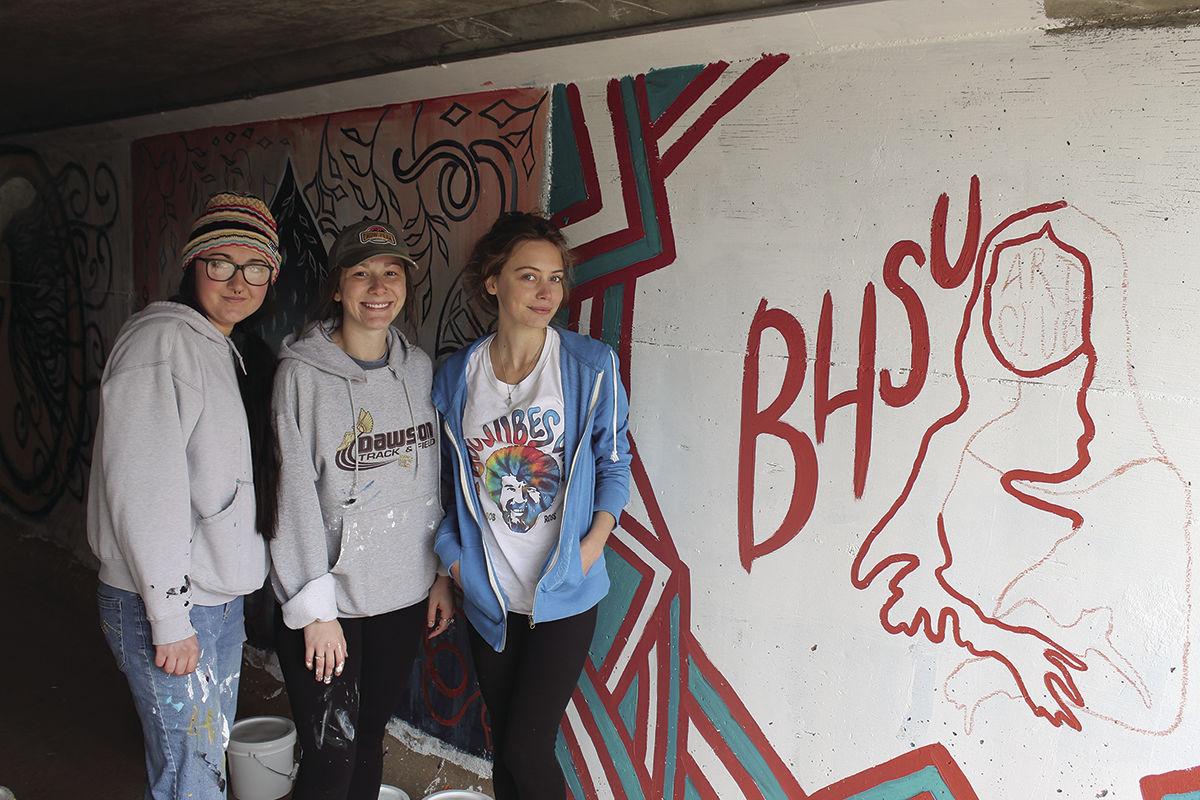 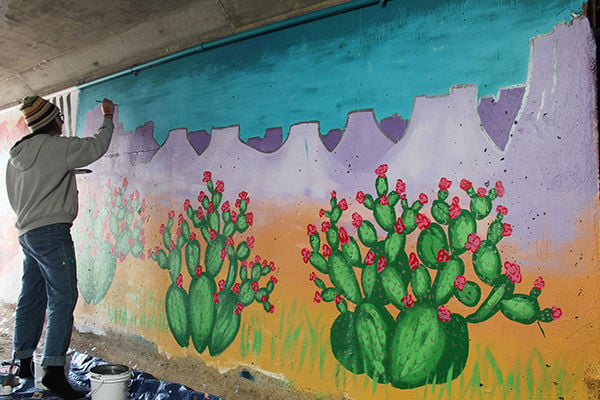 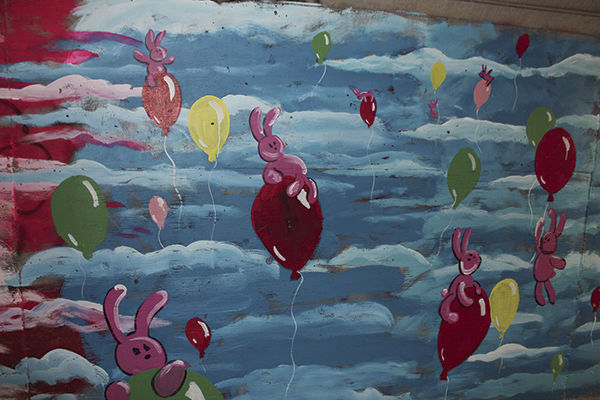 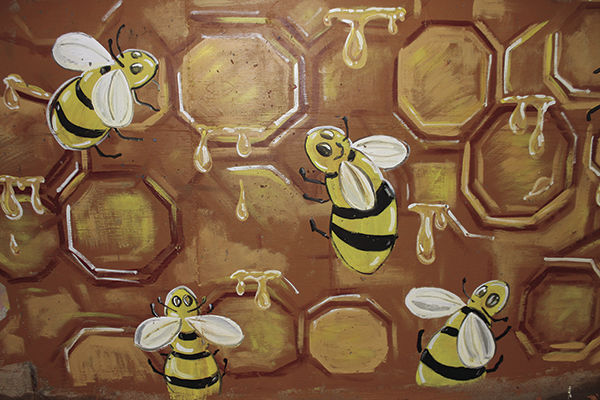 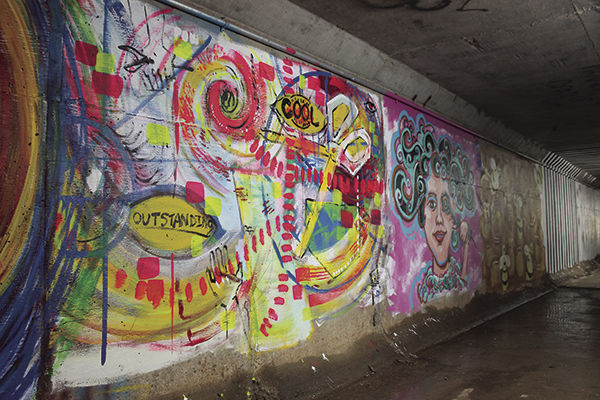 SPEARFISH — The Lookout Mountain trailhead tunnel on Nevada Street has long been plagued with obscene graffiti and lewd imagery, but thanks to the Black Hills State University Art Club, the underground gateway to Lookout Mountain is getting a much-needed makeover.

“We were approached by the city, they said they basically wanted us to adopt the tunnel,” said Katie Wolff, vice president of the BHSU Art Club. “They wanted it, when people are walking through, to be a more welcoming space.”

Wolff said the city supplied everything the students needed to transform the tainted tunnel into an expression of the community’s love of art. The 15 member-strong art club has been working for three weekends to not only eliminate the tasteless caricatures and crude obscenities, but to also enhance and encourage some of the more positive pieces.

“If there were things that were already on the wall that we felt like we could add to that weren’t inappropriate, we wanted to keep those,” Wolff said.

Wolff explained that the club hopes to expand the art tunnel project in the future and make it a showcase for incoming students to gather and literally make their mark on the community.

“So these will get covered up,” she said. “Maybe not all of them but at least the majority of them. We want this to keep evolving.”

The passageway painters said they’ve gotten very positive feedback from the community about the project and expressed how important it is not just for the city of Spearfish, but also for the artists themselves to have the opportunity to spread art throughout the community.

“I really appreciate how the community reacts to it,” said Adrienne Kline, a member of the club. “It’s just really cool how everyone’s, like appreciative of just us doing what we like to do.”

“I also think it’s a cool place for us to be able to practice,” added Hope Christofferson, president of the club. “Usually we’re practicing in the classroom on canvas or paper or something really traditional, so this is like taking graffiti art and bringing it into a more formal setting.