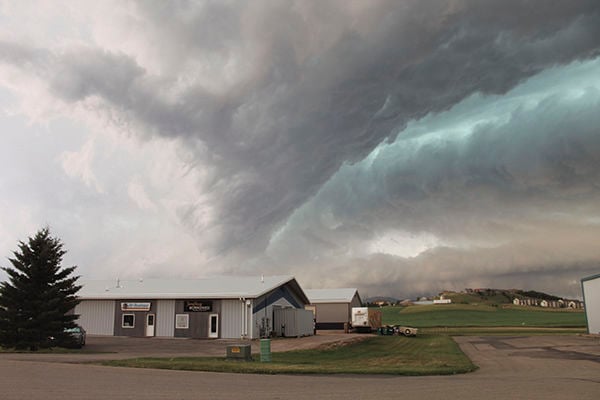 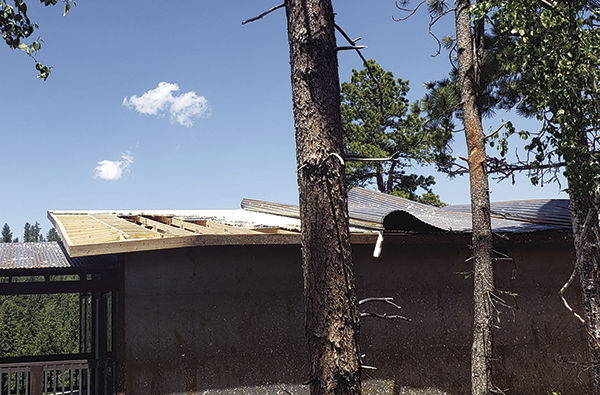 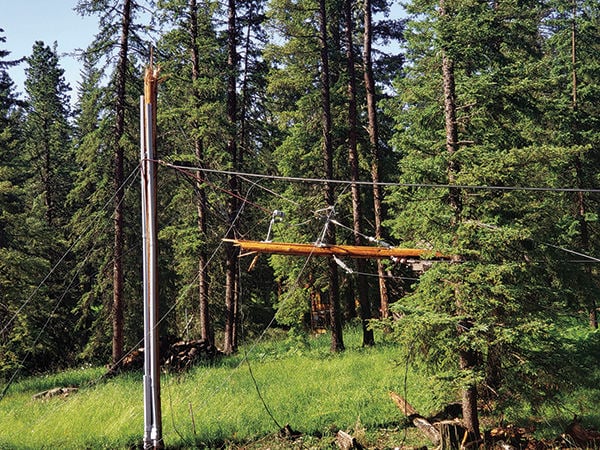 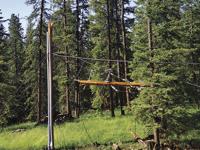 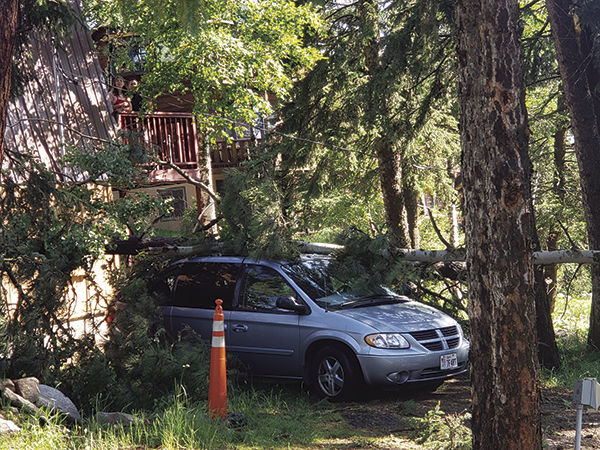 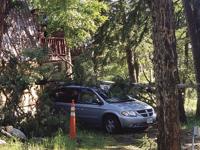 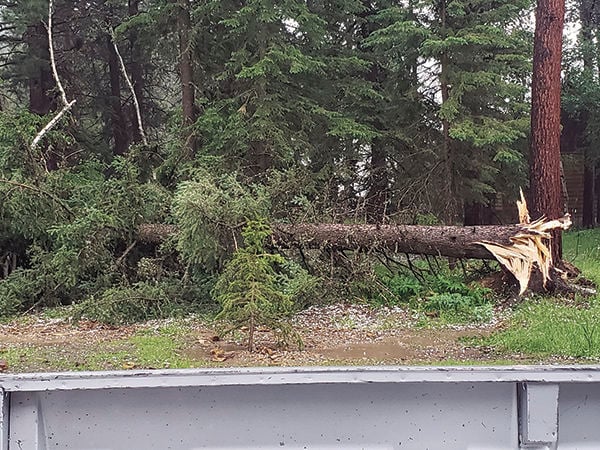 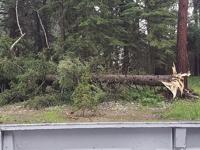 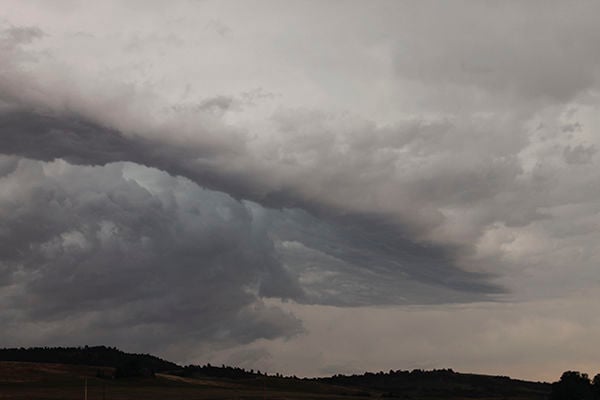 NORTHERN HILLS –– Two tornadoes struck the Northern Hills Friday, the second and third in the area in just five days.

According to a prepared NWS statement, the first tornado touched down Friday in the Tinton area near the Wyoming state line southwest of Spearfish. It tracked east-southeast, crossed Spearfish Canyon south of Savoy, and weakened around the Terry Peak Ski Area.

The tornado snapped and uprooted Ponderosa pine trees, which resulted in an estimated wind speed of 105 mph and EF1 rating on a scale of EF0 to EF5. No structural damage was observed or reported. The NWS reported that the path, length, and width of the damage will be determined after the results of an aerial survey being conducted by the U.S. Forest Service are available.

This is the second tornado to ravage the northern Black Hills in just five days. Another tornado touched down southeast of Sundance on July 6 and traveled east, dissipating before reaching Cheyenne Crossing. That tornado was larger and stronger, rated as an EF2.

The second tornado Friday occurred in western Bennett County. Weather spotters from the Martin Volunteer Fire Department reported that it touched down between Allen and Batesland, then traveled to the southeast, likely crossing U.S. Highway 18 before dissipating. The damage survey noted some structural and tree damage consistent with an estimated wind speed of 110 mph and an EF1 rating.

The storm closely followed the path of an EF1 tornado that occurred in the same general area on June 29, 2018. Shane Eagan, meteorologist with the NWS, said that based on information the weather service has so far, Friday’s tornado caused some damage in roughly the same area along the state line, as the 2018 storm. The bulk of the damage from Friday’s storm is just south of the 2018 tornado.

“But not by much,” he said. “So pretty close to the same area, really.”

The weather service is still working with the U.S. Forest Service to get more information about Friday’s storm.

Although Eagan said tornados are not as common in the mountainous terrain of the Black Hills, if the conditions are right, a tornado can form anywhere.

“Generally, higher terrain is dryer,” he said. “And you need a little bit more moisture to get tornados. But when you have sufficient moisture, you can get them really anywhere. It’s still not common … but if the conditions are favorable, storms don’t care where they are.”

Eyes on the sky

Kerri O’Berg, who lives on Terry Peak with her fiancé, described their experience with the storm as it blew through the area.

O’Berg said the weather didn’t come completely without warning; she described feeling an intense pressure in the air prior to the darkening skies.

“I couldn’t catch a deep breath, it was just so much pressure,” she said.

The cocktail hour turn into chaos, O’Berg said, as she and her companions scrambled to get indoors before the wind swept them away.

“Our chairs and the table we were sitting at just started flying,” she said.

Although no one saw a funnel cloud form, O’Berg said the effects of the swirling air were clear.

“We have tall pine trees in out front yard, and two of them twisted together; became one,” she said. “So we knew there was rotation, we just couldn’t see the rotation.”

O’Berg said her property and the vacation home she rents escaped major damage, but others in the area weren’t so lucky.

“Most people up here are vacation renters ... so I felt bad because I’m like, ‘I’m not sure how you’re getting home. Your car has a tree on it,’” she said. “But nobody got hurt, that’s good.”

O’Berg said she witnessed one neighbor’s roof blow away in the storm.

“In places, the wood (underneath the roofing material) even came up,” she said.

Growing up in Kansas, O’Berg said she’s accustomed to these types of weather events, but was shocked to encounter one in the Hills.

“So we should be used to tornados, but not up here,” she said. “We’re all good, we’re just in cleanup mode now.”

The wind downed several trees and power lines throughout the area, O’Berg said, leaving them without power for 28 hours while crews worked to repair the damage.

“Black Hills Energy (was) awesome. They were just awesome. And fun to watch,” she said.

Hundreds of Black Hills Energy customers were without power following the storm.

According to a prepared statement from Black Hills Energy, employees, electric utility contractors, and tree service companies spent the weekend restoring power for about 821 customers in the Terry Peak, Spearfish Canyon, and Tinton area.

Black Hills Energy responded quickly to restore power through the weekend. Crews and utility contractors repaired damaged power poles, including downed power lines throughout the affected area due to downed trees caused by the extreme severe weather and high winds.

Black Hills Energy crews began repairing the damaged poles and power lines Friday afternoon until midnight, and then continued restoration efforts all day Saturday and Sunday. Power restoration is estimated for completion today as there were about 50 customers still without power in the area.

Additional details about Friday’s storms will be made available on the NWS website at weather.gov/unr when the surveys are completed.