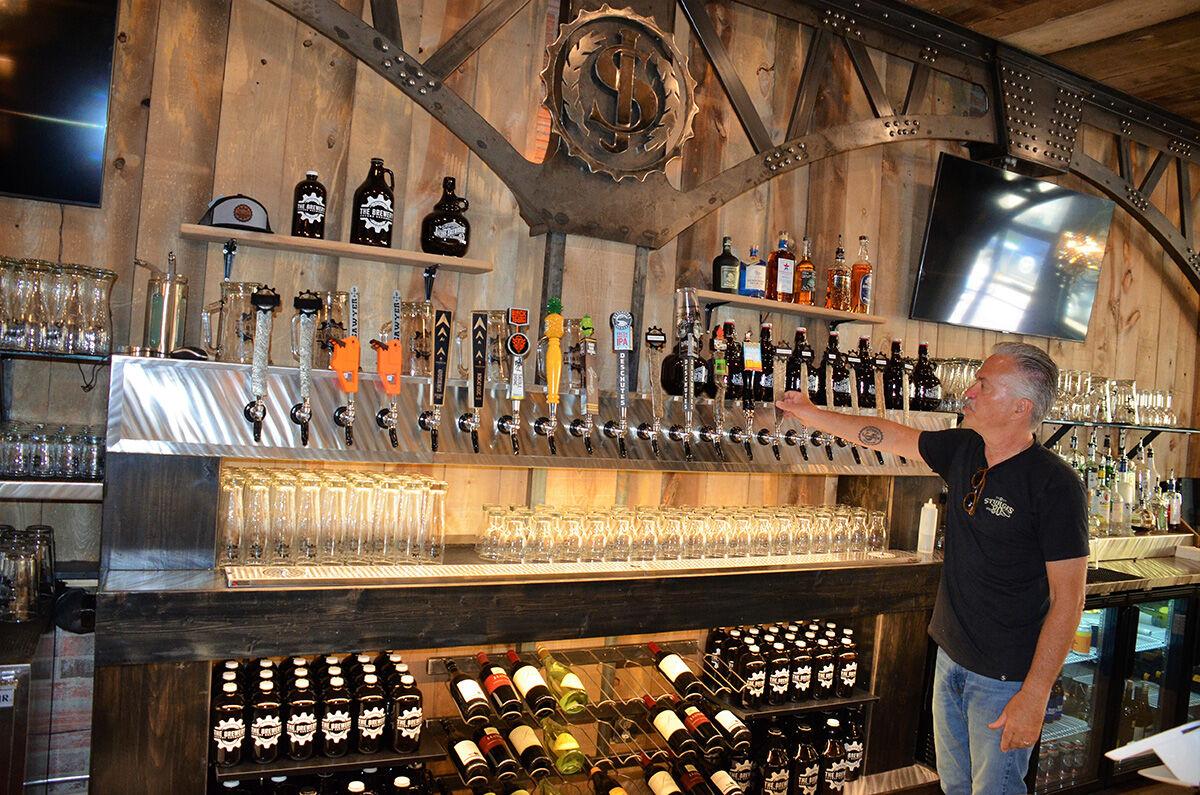 Pictured is Scott Jacobs at The Brewery. Pioneer photo by Jaci Conrad Pearson 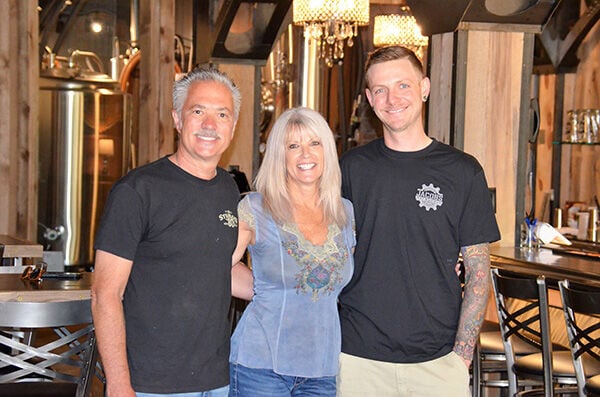 Pictured is Scott Jacobs at The Brewery. Pioneer photo by Jaci Conrad Pearson

“We haven’t even advertised that we’re open, but a lot of people have been anticipating the opening of this,” said Jacobs Brewhouse & Grocer Owner Scott Jacobs. “We have about seven of our own concoctions that Carson has made so far that are on tap, ranging from our Betty Wit, which is doing really, really well, to Citiva Smash, which is one that he just brought on yesterday.”

With around 20 offerings on The Brewery menu, six are specially created for The Brewery and brewed on site. Others are from different locations, including Spearfish breweries.

The resident brewer is Carson Quinn, who comes to Deadwood with six years of professional brewing experience, and the beer, Betty Wit, is a Belgian white beer.

“Reputation and word of mouth is going really well right now,” Quinn said. “People know that we’re the only brewery in Deadwood, so they’re coming up.”

Quinn, a water chemist, has a passion for water remediation and ground water.

“I kind of think that leads to me being a halfway decent brewer, is just being able to make on-the-fly adjustments, reading water reports,” Quinn said, adding that much of a beer’s taste is dependent on manipulating the water. “I’ve always been really passionate about it. My career, right now, was always a hobby and never really expected to be at the places I am right now or the places I’ve been. I’ve been on world beer pub stages and Great American Beer Pub stages and not that the medals matter, but brewing is half art and half science and it’s up to my mind to figure out where that stops and starts.”

Other Brewhouse offerings, Citiva Smash, an American pale ale, and Jacobs Dry-Hopped IPA is an American IPA. Pale Ale and non-alcoholic Mosaic Hoptea are other creations from Quinn.

“It’s not the classic, super-hopped IPA,” Quinn said. “I’m really in to clean beers, that meaning, not too much of one way or the other, so it’s a nice, balanced IPA that’s hop-forward, but not crazy.”

Quinn said that while other breweries are very beer-focused, The Brewery is shooting for diversity.

As for smash, it’s an acronym.

“Single malt and single hop, so I only used two main ingredients,” Quinn said. “There’s a new hop type called citiba – no weed or anything in it.”

Prices range from $6 per full pour to $4 per half pour. The Brewery also features a seven-item sandwich menu that ranges from $10-$15.

Quinn says he tries to brew to style.

“So we really haven’t done anything too crazy yet,” he said. “Just keeping it pretty standard.”

Quinn explained that brewing to style means following the set margin ranges of alcohol, IDUS, color, within each beer category.

The back of the Brewery houses around a dozen fermenting tanks, visible, in all their stainless-steel glory, from the bar area.

“Each one of these vessels hold about 150 gallons of beer,” Jacobs said. “The Betty Wit, we sold out of in just two weeks.”

Scott and Sharon Jacobs purchased the buildings in June 2019.

“We were able to get the main building, which we call the Brewhouse, which is the restaurant part, and, then, the bakery, open in just under a year,” Scott said. “Then we took the summer off. We put this on hold because we were just overwhelmed with the reaction to that being open. We were busy from day one. We just wanted to take a break and give our builder an option to go work on something else.”

The building that houses The Brewery was originally purchased to be a storage unit for the other buildings to be renovated.

“And, then, I was going to sell this afterwards,” Scott said. “But then, after we finished that and the success of that after the first year, we realized how valuable this building now became and that we owned them all and we could replat them and open them up and make them one building now and it made sense because a lot of people thought since the outside of the building said Brewhouse that we brewed beer, anyway.”

The Brewery basement has been retrofitted to house walk-in coolers.

The 600-foot space that houses the fermenting tanks will produce around 1,500 kegs a year.

“It’s equivalent to the same space Sawyer has, down in Spearfish,” Scott said.

Scott said the main hurdle he is facing with running the three businesses is “help.”

“It’s not only for us. It’s for everybody in the region,” he said. “We might go back to closing on Tuesday, because I don’t want to burn out our good employees.”

Currently, Jacobs Brewhouse & Grocer employs 50 individuals and Scott estimates another 20 workers are needed for the business to be fully staffed.

“Our staff is doing amazing,” he said. “It’s because of them it’s gotten to where it is.”

“And I hope that we keep seeing more and more people coming in,” he said. “The atmosphere is obviously super beautiful.”

Brewery beer can be had by the growler-full, to go.

“We have small growlers, 32-ounce, called squealers to go, regular growlers to go, as well, and then, we have a fancy version, as well. The last two are 64-ounces, half-gallon,” Quinn said. “We’re not planning on doing much canning or distribution, so, you kind of have to come up here, sample it, take it to go. That’s our brew pub business model, rather than a production model.”

The Brewery seats 75 and accommodates 150, sitting and standing.

“It’s exciting. People are truly embracing The Brewery. They’re coming in and saying, ‘I want a Betty Wit. They know the names of the beers already,” Scott said. “On the weekend, it was truly packed in here. Every seat.”