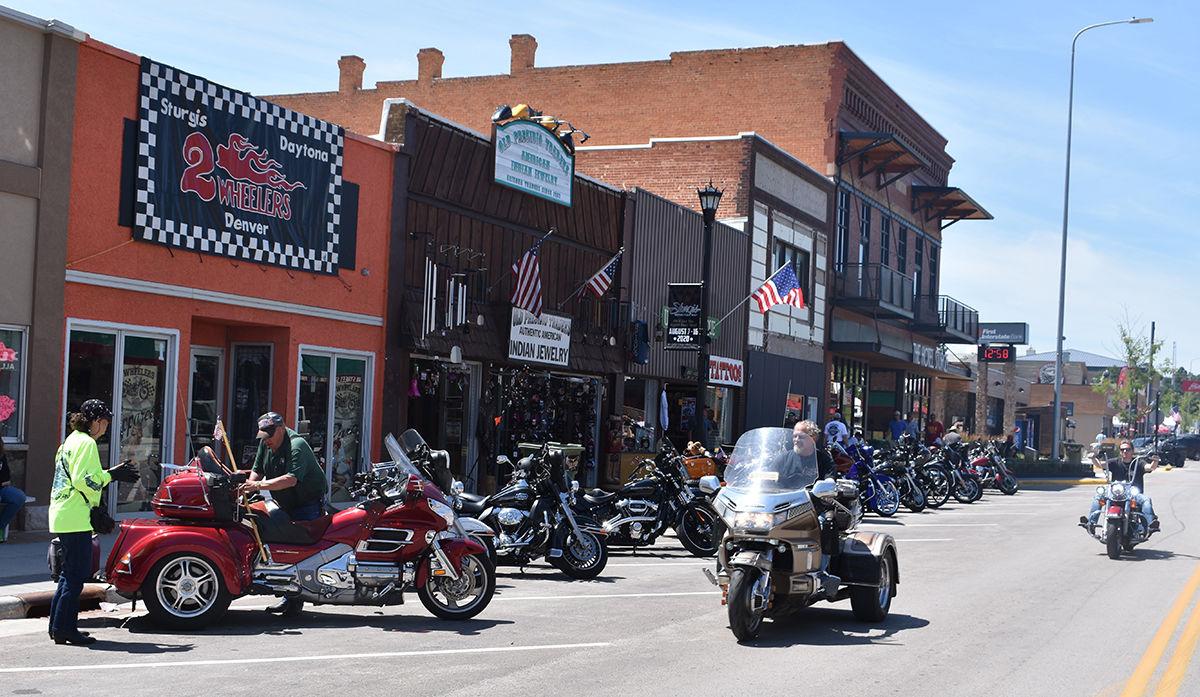 The number of motorcycles parked on Sturgis Main Street slowly overtakes the number of vehicles as the official start of the 79th Sturgis Motorcycle Rally approaches. Pioneer photo by Deb Holland 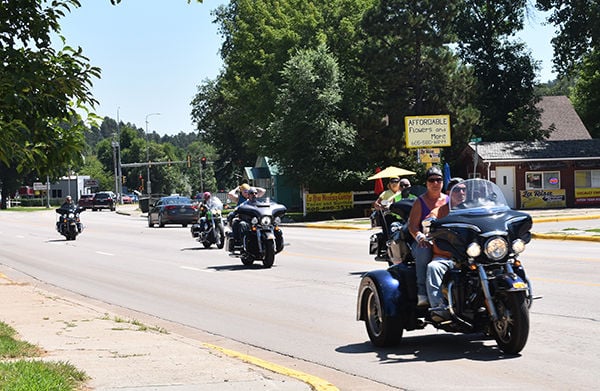 Motorcyclists here for the 79th Sturgis Motorcycle Rally, which officially begins Friday, made their way down Lazelle Street in Sturgis Wednesday. Pioneer photo by Deb Holland

The number of motorcycles parked on Sturgis Main Street slowly overtakes the number of vehicles as the official start of the 79th Sturgis Motorcycle Rally approaches. Pioneer photo by Deb Holland

Motorcyclists here for the 79th Sturgis Motorcycle Rally, which officially begins Friday, made their way down Lazelle Street in Sturgis Wednesday. Pioneer photo by Deb Holland

To kick off this year’s 79th Sturgis Motorcycle Rally, extreme biker Cole Freeman will pay homage to his childhood hero Evel Knievel by attempting to jump over Sturgis Main Street.

New this year is the South Dakota Beef Industry Council’s Sturgis Beef Throw Down with top prize of $500 in Beef Bucks. Participants get a passport book and must visit at least three restaurants, order their signature beef dish, and return the stamped book to rally headquarters by Aug. 11.

Also, the 10 participating restaurants will be competing for top honors. The restaurant which has the winning signature dish will get VIP passes for two to the Sanford International pro golf tournament in September in Sioux Falls.

Judging the competition will be members of the Beef Industry Council along with Food Network celebrity chef Justin Warner.

The winner will be announced on Thursday, Aug. 8, at Harley-Davidson Rally Point.

Also new this year is the Sturgis Poker Tour, which takes Rally-goers to breweries and wineries throughout the Black Hills. Participants need to pick up a passport book that they fill with stamps from various participating businesses. They then turn in the card with at least five stamps to Rally headquarters and receive their poker hand. The best poker hand wins the grand prize, a $3,500 package for the 80th Sturgis Motorcycle Rally, which includes lodging, concert tickets, a VIP pass, and much more.

“We knew that we are getting a lot of people in town before the rally, and knowing the 80th is coming up, we wondered what we could do to test out a market to see if anyone would like to do something before the Rally,” said Jerry Cole, Sturgis Rally and events director.

Cole, who has been a rider since he was a teenager, stepped up to lead the ride. He also had a road captain to help with the ride, and the 25 slots for the Director’s Ride filled quickly.

The ride left Sturgis and headed east on Highway 34 to the New Underwood Road cutoff. Riders then travelled south to New Underwood then on Highway 44 to Caputa, then back through Rapid City with a stop at Black Hills Harley-Davidson, the ride sponsor, for lunch.

The riders then took Nemo Road out of Rapid City to its intersection with Vanocker Canyon and back to Sturgis – a 145-mile ride.

The Rally also offers more than 200 concerts and of course, races, during its 10-day run.

Vintage motorcycles take to the track at the Sturgis Fairgrounds on Ball Park Road at 4 p.m. Monday, Aug. 5.

Several group rides are scheduled throughout the week, beginning with the annual Mayor’s Ride on Monday. Full Throttle Saloon and Pappy Hoel Campground owner Michael Ballard, along with his friend and business partner, Jesse James Dupree, are this year’s grand marshals.

The Legends Ride is also Monday with Dee Snider of Twisted Sister serving as ride captain.

For a full listing of events, rides, and concerts, check out sturgismotorcyclerally.com.