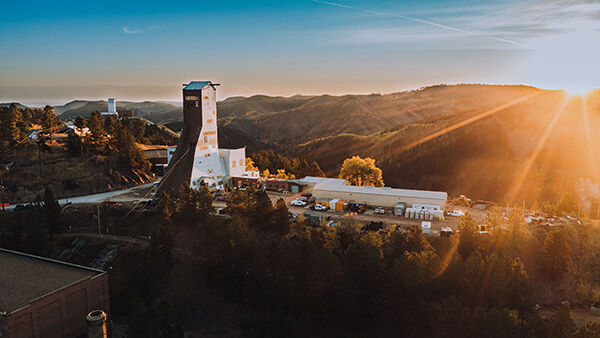 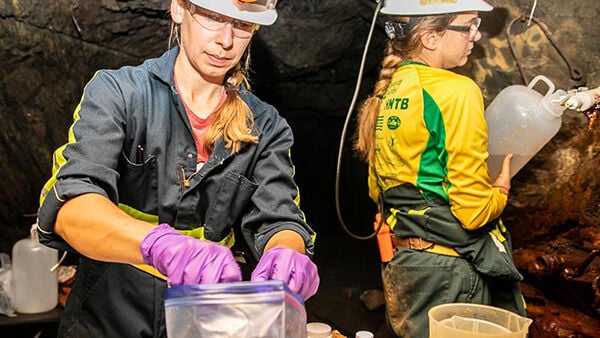 Biologists visit SURF to study the microbial life that has evolved to survive deep underground. In this photo, researchers Brittany Kruger and Lily Momper collect samples for the Deep Mine Microbial Observatory in 2019. Photo by Matthew Kapust

Biologists visit SURF to study the microbial life that has evolved to survive deep underground. In this photo, researchers Brittany Kruger and Lily Momper collect samples for the Deep Mine Microbial Observatory in 2019. Photo by Matthew Kapust

LEAD — What will underground science look like in 20 years? And how can Sanford Underground Research Facility (SURF) remain a destination for physics, geology, biology and engineering research for decades to come?

To explore those questions, SURF invited multidisciplinary experts to present on the trajectory of underground research at a Long-Term Vision Workshop last month.

“We asked presenters not to focus on any existing restrictions or limitations. We asked them to think about whatever they can dream of—what would be the perfect experiment for them?” said Ralph Massarczyk, staff scientist at Los Alamos National Laboratory and chair of the SURF User Association Executive Committee, which coordinated the Vision Workshop. “There are always limitations, but if we don’t talk about what we could achieve, then it will never happen.”

Eighteen presenters from institutions around the world focused on various aspects of particle physics (neutrinos, dark matter, nuclear astrophysics, atom interferometry and quantum information systems), as well as geology, biology and engineering. In short presentations, researchers gave an overview of their area of study and discussed how underground facilities could support investigations into the looming, unanswered questions in their field.

Over two days of round-table discussions, the Vision Workshop painted a picture of the next two decades of underground research. Discussions leapt from examining lifeforms in Earth’s oldest water to studying the birth of stars to creating viable systems for commercialized geothermal energy.

“There was strong interest in space and access: more space on current levels, space on additional levels, and repeatable, continuous access to those laboratory spaces,” said Jaret Heise, science director at SURF.

There was also strong enthusiasm for enhancing other aspects of the underground science community. Presenters rallied behind initiatives such as the SURF Institute, as well as outreach efforts that inspire the next generation of researchers.

The Vision Workshop will inform SURF’s strategic planning efforts, as well as its preparation for the 2022 Snowmass Summer Study, or “Snowmass.” At Snowmass, the particle physics community will draft a vision for the field’s future, with major impacts on future funding decisions. Next March, SURF will submit a “whitepaper” to Snowmass conveners, detailing how the facility could support the community’s research goals.

“Snowmass is, intrinsically, a community-driven process,” Heise said. “We wanted to make sure our strategic plans are informed by the what the scientific community sees and envisions.”

In helping to organize the workshop,  Kevin Lesko, senior physicist at Lawrence Berkeley National Laboratory, member of the SURF User Association Executive Committee and long-time advocate for SURF, noted that the workshop provided an opportunity to reflect on how far SURF has come in the past two decades.

“A lot of what we envisioned back in the early days has happened,” Lesko said. “Provide space for the dark matter search? Check. Study neutrinoless double-beta decay? Check. Study nuclear astrophysics? Check. Create a low-background counting facility? Check. Large cavities for a long-baseline neutrino experiment? That’s almost a check. And that’s just some of the physics-based research.”

Currently, SURF hosts 27 experiments involving 85 institutions in 8 countries. With the construction of the Deep Underground Neutrino Experiment, SURF will play an instrumental role in the largest particle physics experiment on U.S. soil.

With its future informed by an international scientific community, SURF continues to advance world-class science and inspire learning across generations.