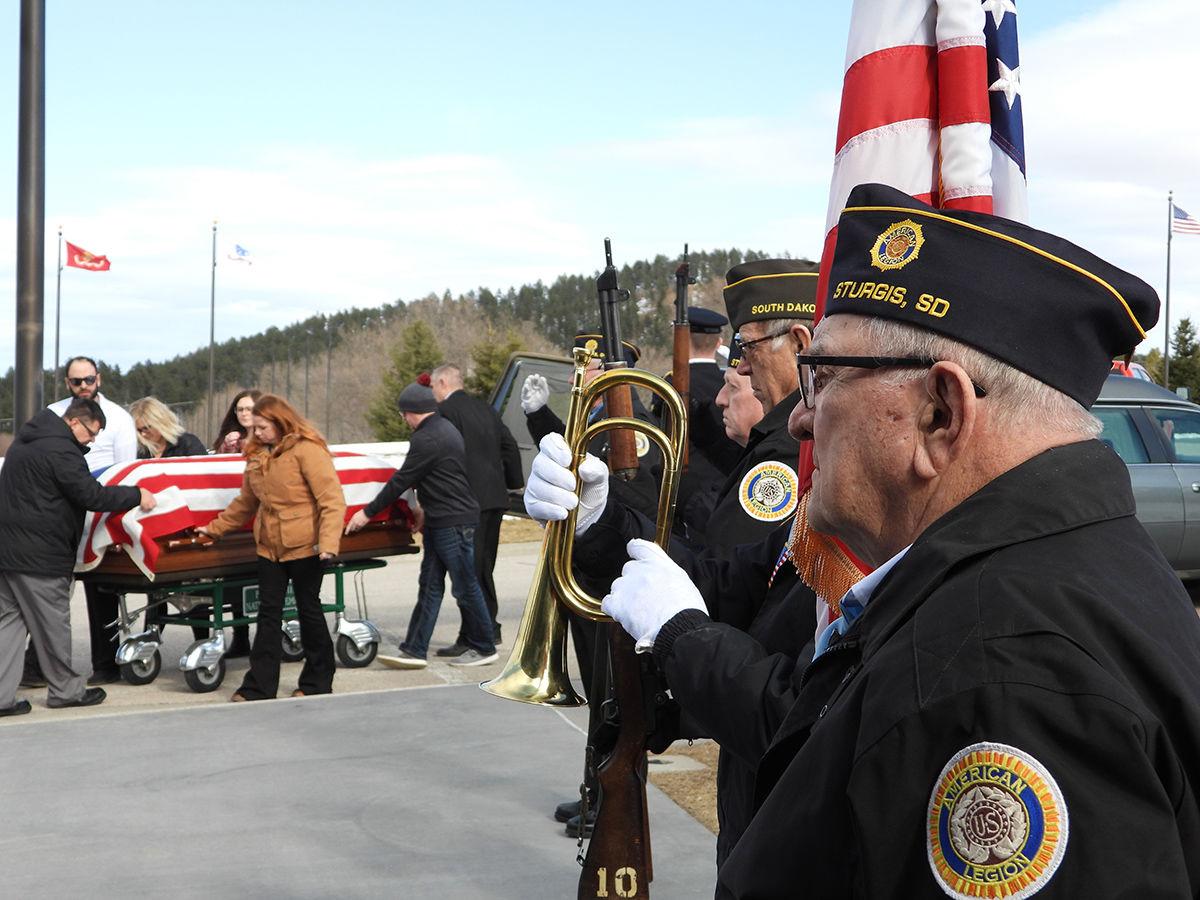 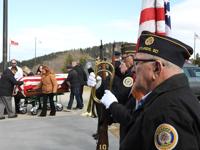 Arvid Meland of Sturgis has been a member of the Sturgis Honor Guard for more than 20 years. He participated in his 3,000th service recently. Pioneer photo by Deb Holland 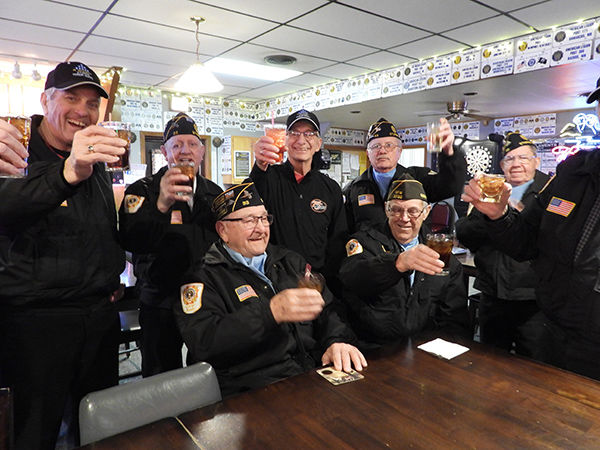 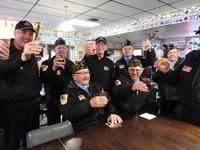 Arvid Meland of Sturgis has been a member of the Sturgis Honor Guard for more than 20 years. He participated in his 3,000th service recently. Pioneer photo by Deb Holland

STURGIS — Arvid Meland stood at attention with an American flag fluttering over his right shoulder. He steeled his jaw and fixed his gaze on the flag-draped casket being wheeled past him and other members of the Sturgis Honor Guard on a sunny, yet breezy, March afternoon.

Meland, 90, a U.S. Army veteran, goes about his duties precisely and honorably. On this day, the service is for a fellow Army veteran, Roger Rosenow of Reeder, N.D.

Meland is not only a veteran of military service, but also a veteran of the Sturgis Honor Guard. Rosenow’s service was the 3,000th of which Meland has participated since joining the group in 1999.

But it was nearly 50 years prior to that when Meland answered the call to serve his country. After enlisting in the Army and being drafted on Sept. 1, 1951, he was put into the occupation of Germany with the heavy mortar company.

In a time before the Berlin Wall was built, it was Meland’s job to keep the border safe during the Cold War.

Meland was honorably discharged in 1953. He attended South Dakota State University from 1954 to 1957, and graduated with a degree in soils. He worked for the soil conservation service from 1957 to 1986, retiring with more than 29 years of federal service.

In 1989, Meland went to work in the Meade County assessor’s office and retired from there in 1999.

In August of 1999, Meland said he was asked to join the Sturgis Honor Guard.

“I had retired from everything else, so I had time,” he said. “I like the camaraderie. We all have the same interests being ex-military.”

For a time, Meland served as commander of the Sturgis Honor Guard. He suffered a stroke in 2017 and decided to hand off the commander duties.

But the group members encouraged him to continue to participate, so it’s been his job to serve as flag bearer.

Meland said he believes many of the families of military members who die are quite impressed by the guard’s professionalism.

“We’ve gotten hundreds of thank-yous in appreciation for what we do,” he said.

Meland said he hadn’t really thought about just how many services he had done until fellow members mentioned he was closing in on 3,000.

Sturgis Honor Guard Commander Craig Sanderson said the guard keeps track of the participation of each of their members and knew Meland was getting close to the 3,000 mark.

Since joining the Sturgis Honor Guard in 1999, Meland has participated in an average of about 150 funerals a year.

“We’ve done as many as eight in one day,” Sanderson said.

The majority of services are done at Black Hills National Cemetery, but the group also travels to private cemetery service around the Black Hills region, he said.

Having served in the military is one of the few qualifications someone needs to be a member of the honor guard, Sanderson said.

“We want a commitment out of you to do at least 50 percent of the services we do in a year,” he said.

Last year the Sturgis Honor Guard participated in 181 services. At most services there are from 10 to 12 honor guard members present.

“We’ve done funerals with as few as three of us, and we’ve had as many as 15 show up. It depends on who’s in town and who can make it,” Sanderson said.

A primary purpose for an honor guard is to provide funeral honors for fallen comrades. At the service of Rosenow on Monday, the guard stood at attention on either side of the sidewalk leading to the rotunda at Black Hills National Cemetery. Meland and Bud Kopp, the flag bearers, stood near the casket throughout the committal service. Other members marched outside and fired three shots from their rifles followed by the playing of taps.

The flag draped over the casket was then carefully removed, folded and presented to the family.

Sanderson said families are grateful for the military presence at their loved one’s funeral.

“To most of them it means the world,” he said.

It’s anyone’s guess how long Meland may continue to serve with the Sturgis Honor Guard. Meland said that as long as he continues to feel OK he will participate.

“I haven’t got anything else to do,” he joked.