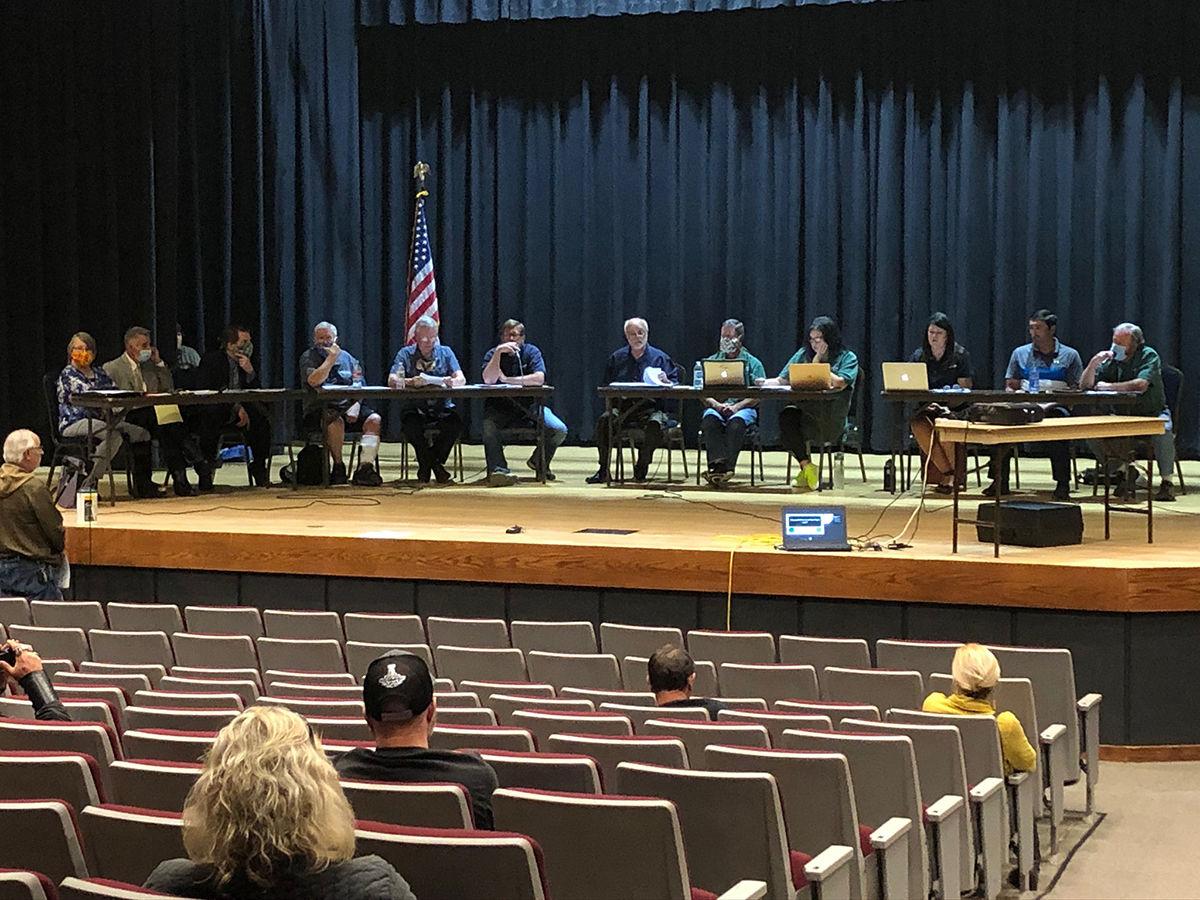 The Sturgis City Council voted Monday to go ahead with the 80th Sturgis Motorcycle Rally, but in a modified form. Pioneer photo by Deb Holland 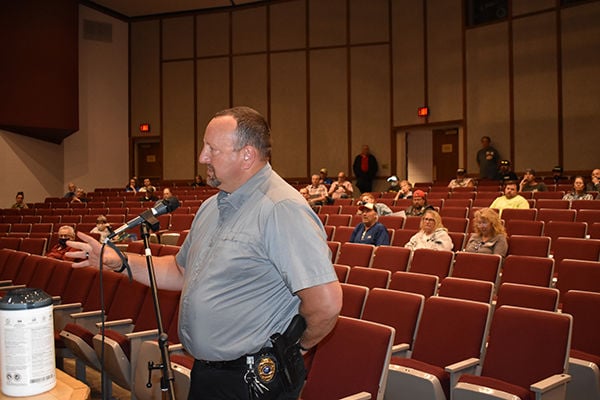 The Sturgis City Council voted Monday to go ahead with the 80th Sturgis Motorcycle Rally, but in a modified form. Pioneer photo by Deb Holland

STURGIS — The 80th Sturgis Motorcycle Rally will go on in 2020, but with some modifications.

The COVID-19 pandemic version of the Rally will have no opening ceremonies, no B-1 fly-over Main Street, and no bands or contests at Harley-Davidson Rally Point. But it will have hand sanitation stations on Main Street as well as a nightly disinfecting of the downtown sidewalks.

Almost all the changes are meant to discourage large gatherings of people on city property, said Sturgis City Manager Daniel Ainslie. That hopefully will lessen the spread of the coronavirus.

The council voted 8-1 Monday night to move ahead with the modified version of the Rally.

Buffalo Chip owner Rod Woodruff said it was obvious that the decision was agonizing for members of the city council.

“You couldn’t expect anyone to be more diligent than they have been in putting this together. There should be no possibility of criticism for the process and the decision that they have made,” he said.

This is a breaking news story and will be updated.

STURGIS — Amid a global pandemic, the Sturgis City Council voted Monday to host the 80th Sturgis Motorcycle Rally Aug. 7-16, but with some modifications.

The decision came down to the fact that city officials knew Rally-goers would still come, so the city better be prepared.

But it didn’t make the decision any easier, said Sturgis Mayor Mark Carstensen.

“I believe we made a wise, measured and thoughtful decision. I think we did do it in the right way trying to get different perspectives from many Rally stakeholders,” the mayor said following the vote Monday night. “It was an arduous process, but I believe waiting until now gave us better insight into the data. We now know there is less risk than we initially thought.”

The city is hoping to lessen the risk of the spread of the coronavirus even further by scrapping some traditional Rally events.

The COVID-19 pandemic version of the Rally will have no opening ceremonies, no B-1 fly-over of Main Street, no bands or contests at Harley-Davidson Rally Point, and no photo towers.

But it will have hand-sanitizing stations on Main Street as well as a nightly disinfecting of the downtown sidewalks.

“We want to make sure that people have as low of a likelihood of transmission as possible,” Ainslie said. “The message behind this is that even though this is the 80th, at the same point we are going through a pandemic and there should not be a mass of people crowded in one location at one time.”

Sturgis Buffalo Chip owner Rod Woodruff said it was obvious that the decision was agonizing for members of the city council.

“You couldn’t expect anyone to be more diligent than they have been in putting this together. There should be no possibility of criticism for the process and the decision that they have made,” he said.

“I think it was a very intelligent decision that the city council made tonight. I know they have had a lot of pressure coming from every angle. The people were coming regardless of what the city planned to do,” Ballard said.

He also applauded them for putting procedures in place to keep both residents and visitors safe. And he announced that on behalf of the Full Throttle Saloon and Pappy Hoel Campground he would be donating $10,000 worth of hand sanitizer to the city.

“Our distillery is making hand sanitizer, and I’ll donate the $10,000 bill for the sanitizer,” he said.

The issue of the cost of the hand sanitizer had come up during council discussion Monday night.

Other discussion by the council included keeping Main Street parking as it has been in past years. In early discussions about ideas for social distancing on Main Street, it was suggested that there be no parking along the curbs, only in the middle or median of the street.

Before the vote Monday, Sturgis Police Chief Geody VanDewater told the council he favored keeping the parking the same as in years past.

“I think the more we change stuff, the more difficulties we run into,” the police chief said. “Keeping it the same would probably be the safest option.”

Under the “proceed and prepare plan,” the city will issue vendor permits and require protocols of the vendors to keep visitors safe. The city also plans to buy PPE or personal protective equipment and distribute them to local businesses, Ainslie said. The city itself already has PPE for its employees, so this would be additional materials for others in Sturgis.

“If their employer is not able to get masks or gloves, or that sort of thing, we want to make sure there is a location in the city that we are able to supply that for them so that they would be able to be protected,” Ainslie said.

Also, if the state were to issue a health emergency because of an explosion of cases in the area between now and the Rally, the city could take other steps to protect residents and visitors, Ainslie said.

“Instantly, the mayor is authorized to make any changes necessary, and I think that is very important,” Ainslie said. “We talk with Monument Health almost on a daily basis just to make sure that if there is a capacity issue we would make adjustments.”

Another possibility associated with this year’s Rally is to do mass testing for COVID-19 following the event.

“We are trying to get to the point that we can do as much testing as possible so that we can limit any individuals that might be infected after the Rally so that hopefully they don’t infect others,” Ainslie said.

Absolutely foolish decision. Even with "limited" reopenings other states are seeing infection rates climbing again. They should be ashamed of themselves choosing profits over the public wellbeing.

As I commented earlier, the charade has ended ----- "it's all about bucks, the rest was just conversation"