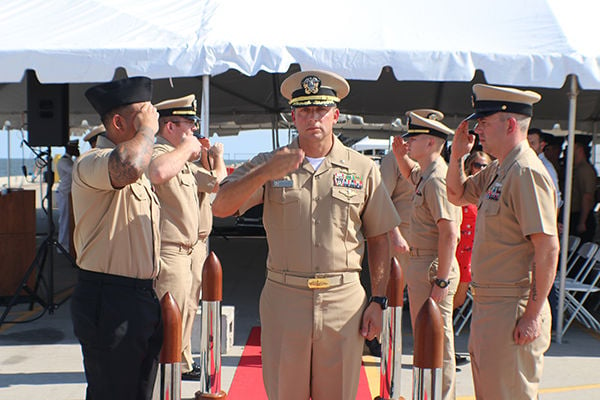 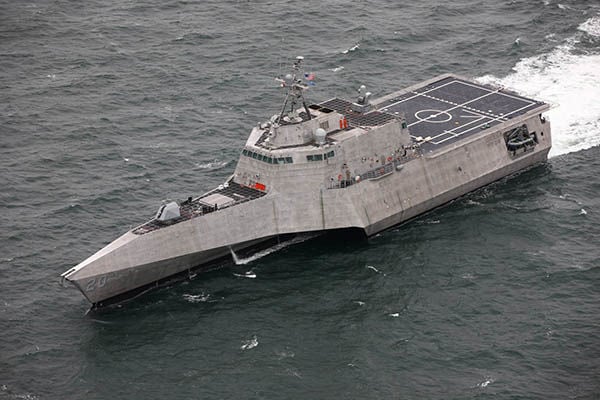 Cmdr. Jedediah Kloppel, a 1996 graduate of Spearfish High School, took command of the USS Cincinnati Thursday. The littoral combat ship was commissioned today in a ceremony in Gulf Port, Miss.,

“I’m amazing to be in the position I’m in becoming the captain of a US Navy warship,” Kloppel. “It was my highest goal when I joined the Navy, and to reach that point is amazing. I couldn’t have done it without the sailors I work with and work for.”

The 3,200-ton Cincinnati was built by was built by General Dynamics/Austal USA in Mobile, Alabama. The ship is 421.5 feet in length. The ship is powered by two gas turbine engines, two main propulsion diesel engines, and four waterjets to speeds up to 40-plus knots.

Littoral combat ships are a fast, agile, mission-focused platform designed to operate in near-shore environments, while capable of open-ocean tasking and winning against 21st-century coastal threats such as submarines, mines, and swarming small craft. They are capable of supporting forward presence, maritime security, sea control and deterrence.

It a tri hull and a very pointed bow, “It’s the cooler looking one if you as me,” Kloppel said.

Approximately 70 sailors and officers serve as the crew of the Cincinnati.

Kloppel said the ship’s primary mission focus is mine warfare. They are tasked with locating and disposing of mines with manned and unmanned resources.

World War II saw the greatest extent of mines used in waters around the globe, but they are still used today. Recently, several cargo ships were damaged in the Persian Gulf by mines allegedly placed by Iranian assets.

“That’s why the Navy still trans to it and dedicates assets to it,” Kloppel said. “Those cargo ships received serious damage. It’s an important area we need to address as a Navy”

He said that with a crew of 70, that is considered small by Navy standards.

“We’re very tight-knit. You know everyone’s name. You know their first names and probably their family’s names. It’s a big ship but it’s a real small crew,” he said. “…You develop bonds after spending, in some of these guys cases, four years together. They deploy together, you’re away from home together, There’s a lot of talking because when you are out at sea you don’t get to interact with other people. It’s just the people you are at sea with. That’s what makes these small crews stand above the rest.”

Kloppel graduated from Spearfish High School in 1996. He then attended the University of Mary in Bismarck, N.D. graduating with a degree in social behavioral science.

Unsure of what to do upon his graduation, he continued his family’s line of service to the country dating back to the Spanish American War, and joined the Navy Aug. 11, 2001. He attended Officer Candidate School and earned his commission.

His grandfather was a Seabee in WW2. His dad was an aviation store keeper during Vietnam, and his brother Joe attended NAVY Reserve Officer Training Corps and was commissioned as a Marine officer recently retiring as a lieutenant colonel – the same pay grade as Kloppel is as a commander.

Although he never intended to make a career out of the Navy, he is glad it has become one.

“The thing I enjoy the most is working with and leading sailors. It is amazing to watch sailors come together and accomplish the things they do,” Kloppel said. “They are a unique group of people. They volunteered to serve and are very proud of what they do and what they accomplish.”

The shop will call San Diego its home port.