Stay informed, and see what you've been missing. 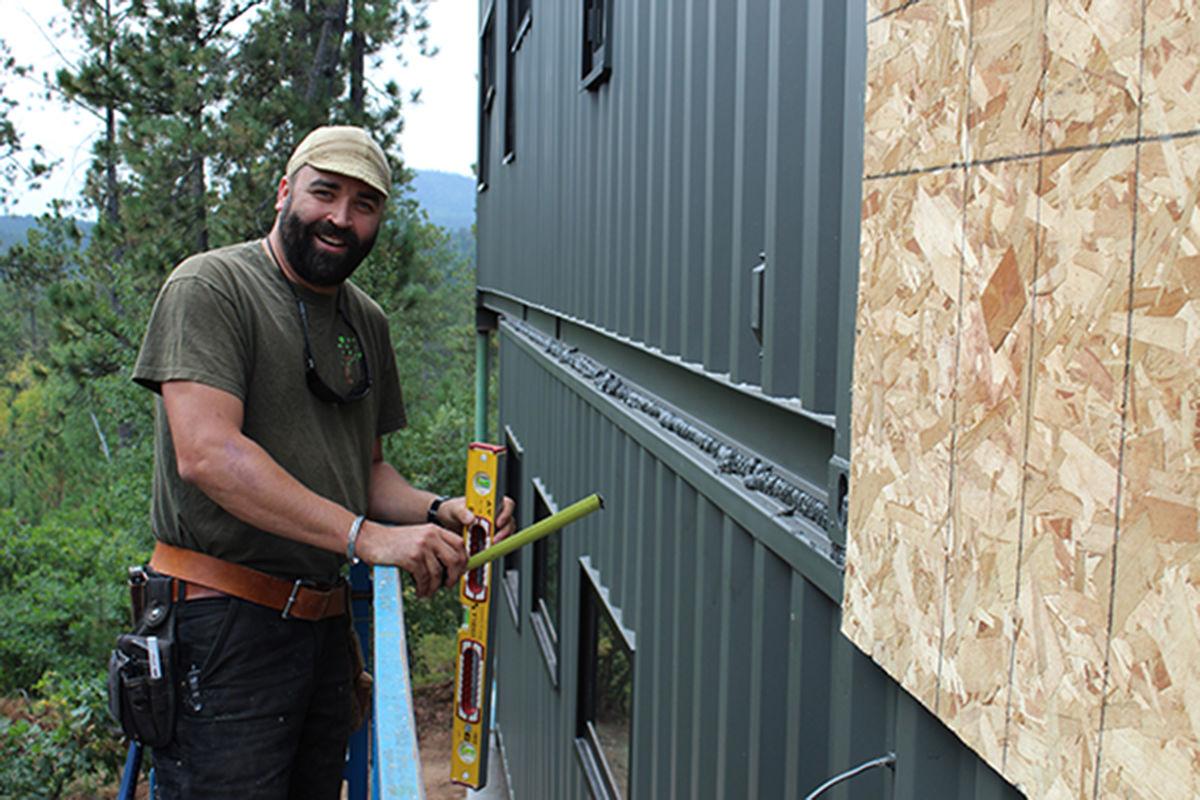 Jared “Cappie” Capp, owner of Pangea Design, of Spearfish, will be featured on DIY Network’s “Building Off the Grid” on Oct. 17, focused on his recent build of a home made of shipping containers. Courtesy photo 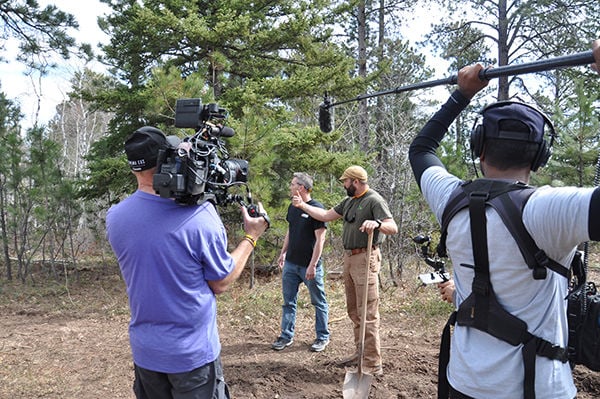 Production teams from DIY Network’s “Building Off the Grid” followed Jared “Cappie” Capp, owner of Pangea Designs in Spearfish, through the spring and summer, during a build of a home made of shipping containers. 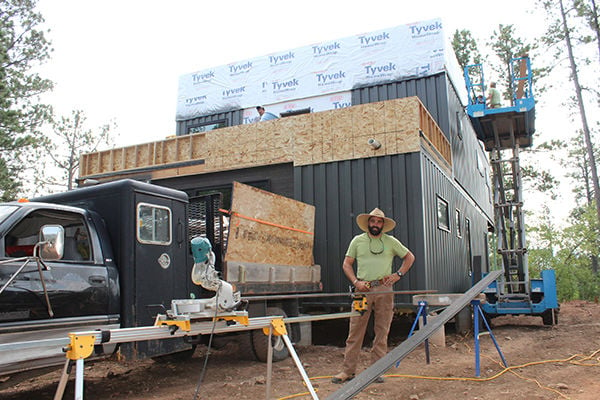 Jared “Cappie” Capp, owner of Pangea Design, of Spearfish, will be featured on DIY Network’s “Building Off the Grid” on Oct. 17, focused on his recent build of a home made of shipping containers. Courtesy photo

Production teams from DIY Network’s “Building Off the Grid” followed Jared “Cappie” Capp, owner of Pangea Designs in Spearfish, through the spring and summer, during a build of a home made of shipping containers.

SPEARFISH — While he doesn’t have a television of his own, Jared “Cappie” Capp, owner of Pangea Design, of Spearfish, known for his natural and sustainable building and design, will make his television debut on the DIY Network’s “Building Off the Grid” program on Oct. 17.

The program, which follows architects and builders creating off-grid homes around the country, will feature the Capp’s build of a home southwest of Spearfish made out of shipping containers.

“It was fascinating. It really was,” Capp said of the process. “It was an honor to be asked … there’s a lot of really accomplished builders in this country, and in this world, for that matter, and I was flattered to be chosen from a group of a lot of people, that they thought what I did was interesting enough to come out and film me.”

Capp has experience with a variety of natural building projects, and his construction company specializes in natural building and also offers conventional building focused on reused, natural, and locally-sourced materials.

His house, a code-approved, off-grid, straw bale home, fondly referred to as “Granny Flats,” on Nellie Lane in Spearfish, required Capp to get approval from the state Department of Environment and Natural Resources to ensure everything met city and state requirements, and that project, along with his expertise and experience, earned him a spot as a speaker at the 2016 International Straw Building Conference in New Zealand.

His interest in natural building comes from life experience. Capp was born and raised in Spearfish and joined the Air Force after high school. He had the chance to see various building designs and materials utilized around the world during his years of military service, and these experiences inspired him to learn more about intentional and natural building design. Since then, he’s built and taught across the country, and people looking for unique building designs seek Capp out because of the reputation he’s earned.

While Capp could not reveal certain specific details to save the “reveal” for the television program, he explained that about a year ago, he was approached by a local homeowner who was interested in building a container home, having seen them online and finding them unique and interesting. The homeowner asked what it would take to do, and how much it would cost, and Capp, never having built a container home, said that he honestly had no idea. Capp said that the homeowner thought for a minute following this answer, and then said, “Let’s do it.”

“So that’s how the process started,” Capp said, describing that the homeowner then provided a “dream board” of the desired final product, in terms of aesthetics for the interior and exterior, and from those pictures, ideas, and drawings, Capp designed the house, and once the homeowner approved it, the design went through an engineer, who made adjustments — and then Capp sought a building permit.

“That is the first code-approved container house in Lawrence County,” he said.

And how did the production company get involved?

By accident, Capp said. He’s been approached by five different production companies in the last six years and said this team approached him last year while he was working on a tree house project for another client. They found his website and interviewed him and some of his workers.

“They said that I was a ‘good character,’ and I wasn’t sure if that was a compliment or not,” he joked.

Contracts were signed, and Capp said that they approached him to film him building something — there were no specifics of what the build would be, and initially, the plan was to film another off-grid home project in Spearfish Canyon, but it was pushed back, so Capp offered the container house project.

Production teams began following Capp in April and stayed on site throughout the entire build.

“The crew was great,” Capp said, describing that members of the team came from all over the country, and sometimes there were as many as six to seven people from the production company on site. “It was really cool.”

It also added a little pressure to his usual tasks and process. He said that generally, he only has to worry about what the homeowner and their parents think of the final product: “In this case, I have to worry about what America thinks, and so, that was a little different than usual,” Capp said.

The process of the build, as well as the final product, would be revealed in the course of the television show, and Capp said that his hope is that people watching gain a new perspective.

“One of the things that I’ve strived to do in my building career is to show people that there’s other options,” he said. “There’s options to use recycled material, in the case of shipping containers; there’s options to use local materials, in the case of straw bales, things like that, lumber – the whole floor in this place is all local pine that was cut from a mill like four miles from the home. So just to show people that you don’t have to have a cookie-cutter house and have no choice of what materials go into it. You can be creative with material and end up with a beautiful home.”

People should check their local listings for “Building Off the Grid” on Oct. 17; as of press time, a local time for the television program on the DIY Network had not been scheduled.

“If I can just make someone think, just for a minute, that’s all I want — just to make someone pause and then say, ‘Oh, no kidding. I didn’t know I could do that,’ And then just to make them look at stuff a little bit different and a little bit creative,” Capp said of his hope for the reaction to the television show.