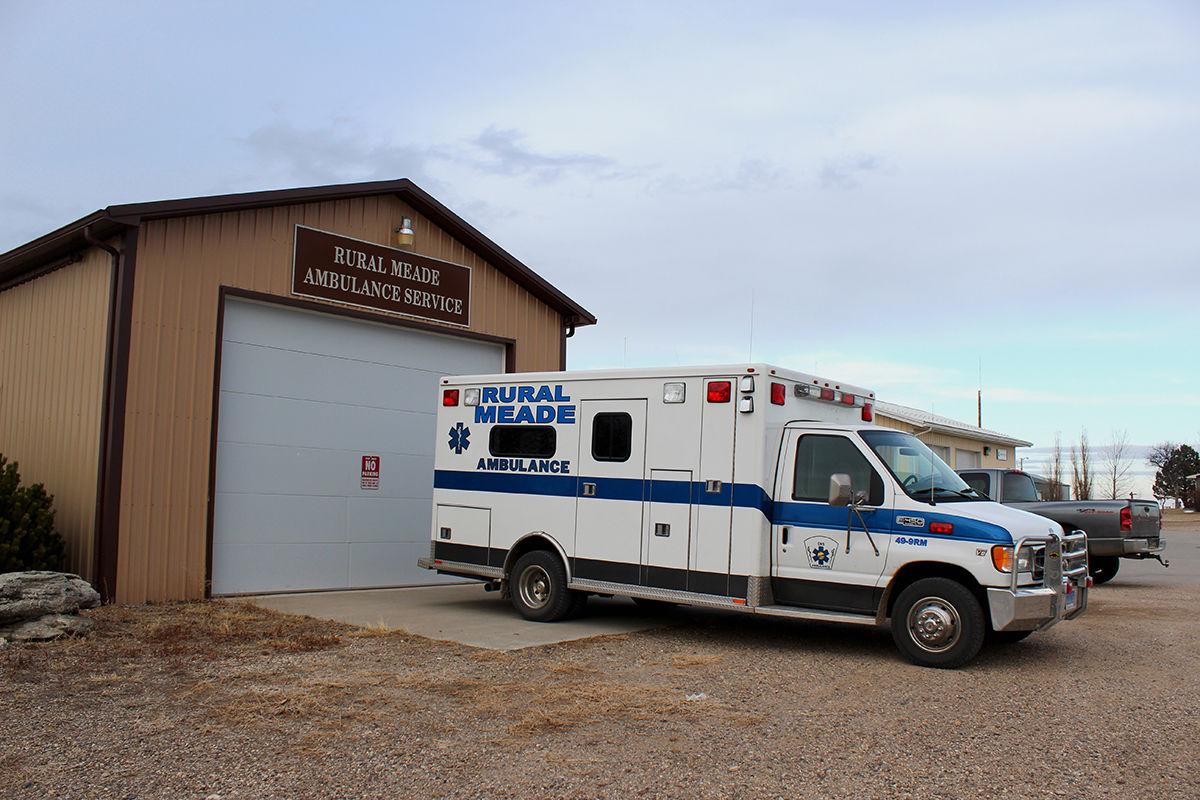 The Rural Meade Ambulance is headquartered at Enning and responds to calls within a 75-mile radius of Enning, which covers 1,000 square miles. They average about 30 calls per year. Courtesy photo

The Rural Meade Ambulance is headquartered at Enning and responds to calls within a 75-mile radius of Enning, which covers 1,000 square miles. They average about 30 calls per year. Courtesy photo

ENNING — Cindy Matt has been part of the Rural Meade Ambulance Service since its inception nearly 25 years ago.

During that time, she has seen EMTs come and go, but within the last several years the agency has seen its staff continually decline. It is now in critical need of more EMTs.

“We are going to have to get more EMTs to keep the service going. We need all the help we can get,” said Matt, who, in addition to being an EMT, serves as a director, treasurer, and member of the Rural Meade Ambulance Service Board of Directors.

Matt said they had hoped to get enough interest from individuals to offer an EMT class beginning this month, but only one person signed up.

“We would have another class if we could get six people interested in taking it,” she said.

The service’s EMT numbers have been dwindling for the last eight or nine years.

“We like running with three people — that’s one driver with two EMTs,” Matt said.

The Rural Meade Ambulance Service is a volunteer emergency service that was started in 1996 as a sub-service on the Meade County Ambulance Service of Sturgis, and in 2009 became independent by forming their own organization.

Matt said that most of the calls are trauma and medical calls.

“We had a call where a guy got his foot caught in an auger. We get calls for four-wheeler wrecks, vehicle wrecks on (Highway) 34, people thrown from horses, you name it,” she said.

Matt said monthly training is held at the ambulance building in Enning and members attend conferences to stay certified.

Matt believes people don’t sign up to be EMTs because they think it is too time consuming.

“A person can be on call five to seven times a month. It’s not like it is an everyday deal,” she said.

The ambulance service pays for EMT education and any conferences individuals need to stay certified.

“We have one of our girls who will take her final test to become an advanced EMT next week,” Matt said.

“But they all have other jobs, so it’s really just a handful of people who really run the service,” she said.

Many times the closest EMT to the Enning fire hall brings the ambulance and the other EMTs respond in their own vehicles due to the location of the incident.

The ambulance service responds to calls within a 75-mile radius of Enning, which covers 1,000 square miles. Matt said they average about 30 calls per year.

The ambulance service is supported through memorials, grants and dues that are collected from the community.

In October, the ambulance service sent out 280 letters seeking donations. They received responses from 165.

“We ask for $25 per household. In the last couple years they have really been kicking in. Some people will give $200,” she said.

Donations help pay for fuel, maintenance the ambulance, radios, equipment, supplies and wages for the EMTs.

Matt said serving as an EMT has been quite an experience.

“It’s very rewarding. We do it for our community,” she said. “I cannot imagine not having an ambulance service. We have saved quite a few lives.”